Brooks Koepka On Why US Golfers Dislike The Ryder Cup

You don't have to be obsessively following the PGA Tour to realise that America are massive favourites to win next weekend's Ryder Cup. Firstly, the golf will be played in beery Wisconsin. Secondly, America has the  better golfers. Just look at the world rankings. Outside of the world number one Jon Rahm and South African Louis Oosthuizen, 8 of the world's top 10 golfers are playing for Team USA next week. The US have JT, Bryson, Morikawa and Brooks Koepka.

Jordan Spieth, a captain's pick, is a spot ahead of Europe's third-highest ranked golfer Rory McIlroy on the world rankings.

If this tournament was decided purely on form, America would be drinking Jack Daniels from the Ryder Cup before the singles play even begins.

But that's not how the Ryder Cup works. America have lost 7 of the last 9 Ryder Cups, with the defeats on home soil at Medinah and Oakland Hills still a sore point. What explains the strange dip in form that Americans experience when they represent their country in the Ryder Cup?

Brooks Koepka provided a surprising insight into Team America's psyche in an interview with Golf Digest this week. To Koepka, America's best golfers struggle during Ryder Cup week because they have to break out of the insular bubble of golf stardom and work together towards a common purpose.

"We're just so individualised, and everybody has their routine and a different way of doing things, and now, it's like, OK, we have to have a meeting at this time or go do this or go do that. It's the opposite of what happens during a major week.

It's tough. There are times where I'm like, I won my match. I did my job. What do you want from me?"

I know how to take responsibility for the shots I hit every week. Now, somebody else hit a bad shot and left me in a bad spot, and I know this hole is a loss. That's new, and you have to change the way you think about things.

"You go from an individual sport all the time to a team sport one week a year. It's so far from my normal routine. I can barely see my [personal] team."

It's a fascinating bit of insight from Brooks Koepka. Elite sportspeople thrive under routine, and to have that disrupted so intensely during the Ryder Cup is bound to be annoying. But the overall struggle here seems to be with joining a collective and playing for others. Compare Koepka's quotes with Shane Lowry's after he was selected for the European team Sunday evening, who spoke of his excitement for playing a team.

You'd think playing for the Stars and Stripes would get these patriotic American golfers united behind a common cause. The European golfers, after all, are playing for the nebulous concept of Europe. The English golfers are no longer technically EU citizens and most of the European team reside in Florida. It seems like they'd be the ones struggling for motivation. But instead, it's the Americans that wilt in the dynamic of team sport.

It says everything about the two cultures who will play each other next week. They have less in common than it seems. 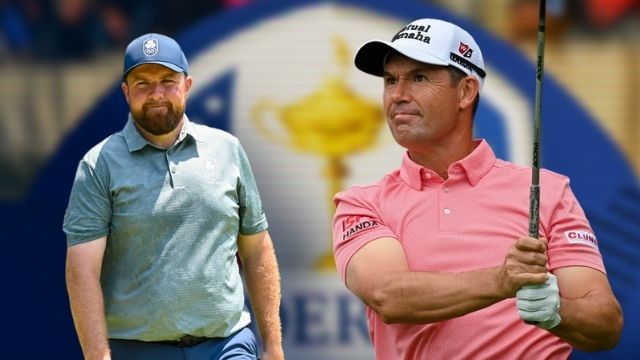 Golf
3 months ago
By Conor Breslin
Rory McIlroy Reveals Why He Was So Emotional After The Ryder Cup
Golf
4 months ago
By Donny Mahoney
'I'm Made For This': Shane Lowry Inspires Europe With Epic Putt
Golf
4 months ago
By Eoin Harrington
'He's Mismanaged Lowry' - Americans Slam Harrington's Ryder Cup Team Selections
Popular on Balls
Rugby
2 days ago
By Colman Stanley
Keith Earls Shares Story That Captures Andy Farrell's Decency
Football
2 days ago
By PJ Browne
'If He Continues With Performances And Goals Like That, Stephen Kenny Will See It'
Football
2 days ago
By Eoin Harrington
Quiz: Name Every Player To Score In A Champions League Final
Football
20 hours ago
By Gary Connaughton
Portsmouth Likely To Retain Gavin Bazunu This Month Despite Championship Interest