Five Outside Bets For The Open At Portrush

The 148th Open gets underway on Thursday for the first time in 68 years in Northern Ireland at Royal Portrush.

Here, AFP Sport takes a look at five dark horses who could challenge for the Claret Jug on Sunday:

The American has produced the best performances of his career so far in the major tournaments, proving more consistent in golf's biggest events than some of his more heralded counterparts. Schauffele announced himself at the top of the game with a top-five finish at the 2017 US Open, and finished in a tie for second at last year's Open behind Francesco Molinari, before matching that performance at the Masters in April.

The big-hitting American only finished in the top 10 of a major for the first time last year at the PGA Championship, but produced a magnificent display to hold off world number one Brooks Koepka and win the US Open at Pebble Beach last month. Ranked at a career-high 12th, Woodland has played only once since, missing the cut in Detroit. "I'm getting to a point now where I'm confident enough in my game, that gives me a lot of confidence, winning a major," he said.

The former world number one suffered a steady decline in form after anchored putters were banned in 2016. But Scott has rediscovered some strong form in recent months after slipping outside the world's top 75, with a third-placed finish at last year's PGA Championship the catalyst. The 2013 Masters champion has finished second twice this season. He could give himself a chance of banishing the memories of his Open collapse in 2012, when he bogeyed each of the last four holes to lose by a single stroke to Ernie Els. 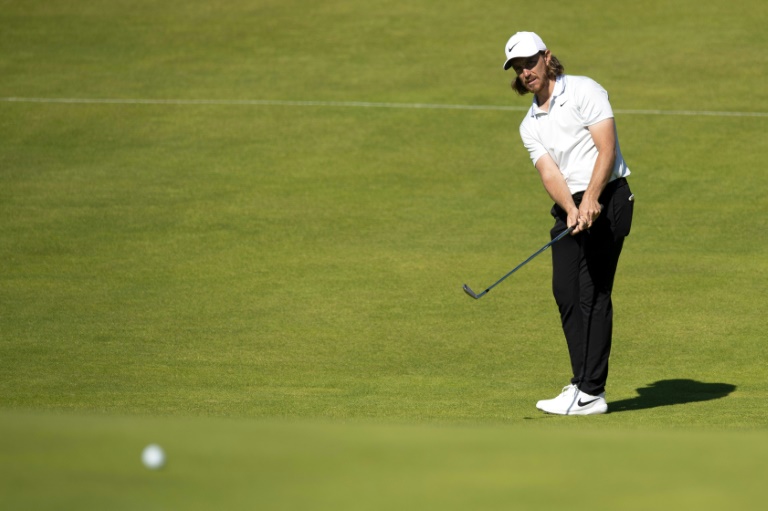 Last year's US Open runner-up has not hit the same heights in 2019, but remains a dangerous player and came close to sealing a maiden PGA Tour win twice earlier this season at the Memorial Tournament and the Players' Championship. "Hopefully (I'll) keep practising. Hopefully my form will come back to where I'd like it to be and I'll keep challenging it," said Fleetwood.

The winner at Royal St Andrews in 2010, Oosthuizen has often been strong at links golf. He lost in a three-way playoff to Zach Johnson in 2015, also at St Andrews. Strong play in his native South Africa last December saw him climb back into the world's top 25, and he narrowly lost out by one shot to Paul Casey at the Valspar Championship in March.

See Also: 7 Things You Can Do Quicker Than Watching Record Breaking Wimbledon Final

Golf
1 month ago
By PJ Browne
'He Asked Me Afterwards, 'What Do You Think?' I Said, 'You Should Turn Pro''
2