Padraig Harrington Nails Monster Putt To Save Par At The Masters

Padraig Harrington landed a 67-foot putt to save par on the sixth hole in his opening round at The Masters on Thursday.

After Harrington's tee-shot landed wide of the green on the par-3 sixth, the 50-year-old's chip shot just kept running, and running, leaving him with a massive putt to save par.

67 feet for par and a patron roar for Padraig Harrington on No. 6. #themasters pic.twitter.com/b7zwrNI8im

Harrington - who was grouped with American amateur Austin Greaser and the Canadian Mike Weir on Thursday - started the round well.

After carding pars for the first two holes, he birdied the third and fourth to take an early lead. However, he then bogeyed the par-4 fifth, before nailing that astonishing putt on the sixth.

This is the three-time major winner's first time playing in The Masters since 2015, and his 16th time in all. He earned an invitation by finishing fourth at the PGA Championship last year. He finished tied for fifth at the 2002 and 2008 Masters tournaments.

"The course is great," Harrington said on Wednesday.

"It was a pretty good practice round on Monday when it was firm and fast, good preparation for what we might expect on Sunday. It's firming up as we're going along.

"This course every time, it doesn't matter what you do Monday, Tuesday, Wednesday, there's always something on Thursday that you can't prepare for. It's just impossible to prepare for every outcome when it comes to this golf course.

"You have to accept you're going to be presented with a few situations and you've got to adapt at that moment."

Padraig Harrington tied for the early lead. This was Rory McIlroy talking about him earlier in the week: "I actually didn't know Padraig was in the field, which is bad. But I guess he played pretty well in the PGA last year."

See Also: How The US Golf Media Rate The Chances Of The Irish At The Masters 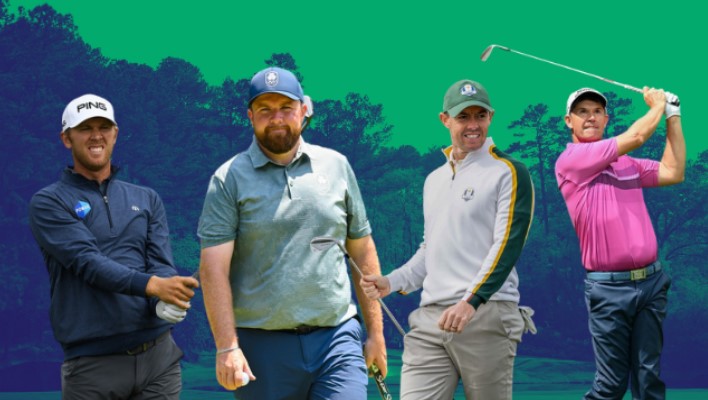