In Pictures: Hurling And Golf Meet At The Irish Open Pro-Am

There is also an Irish rugby internationals group including Paul O'Connell, Keith Wood and Shane Byrne. Andrew 'Beef' Johnston is the pro in the group. 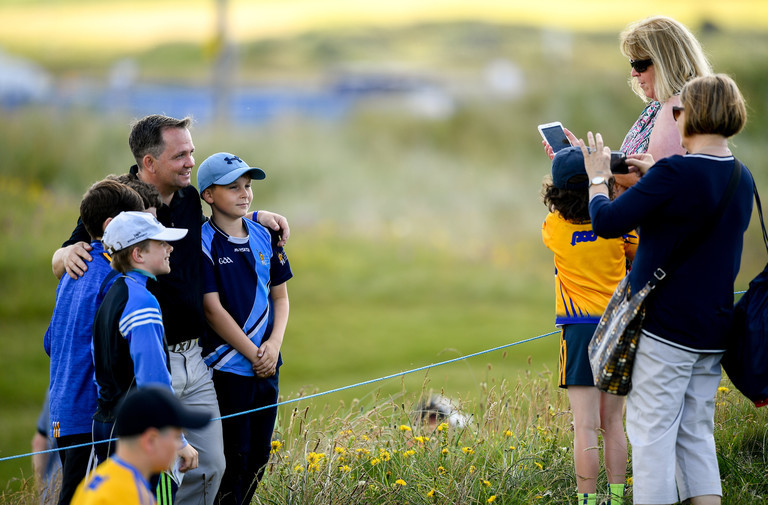 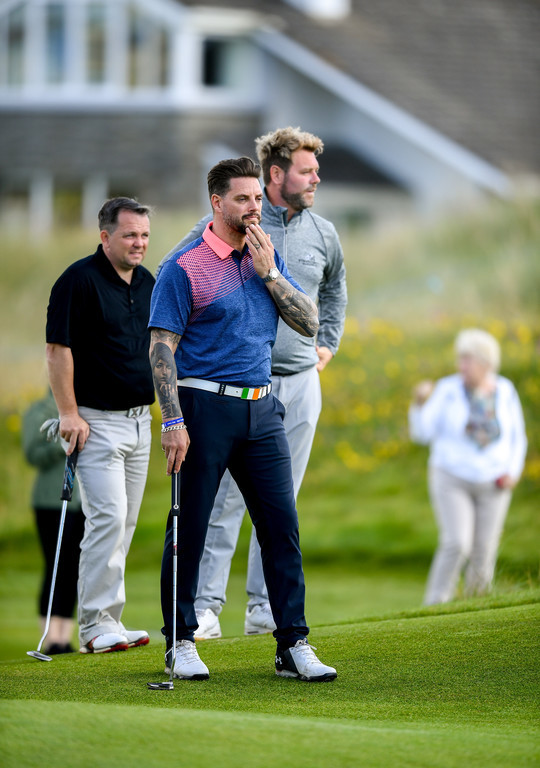 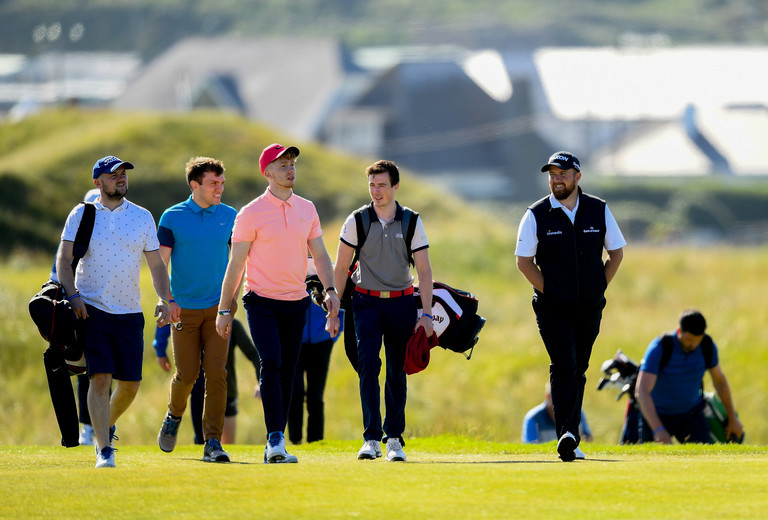 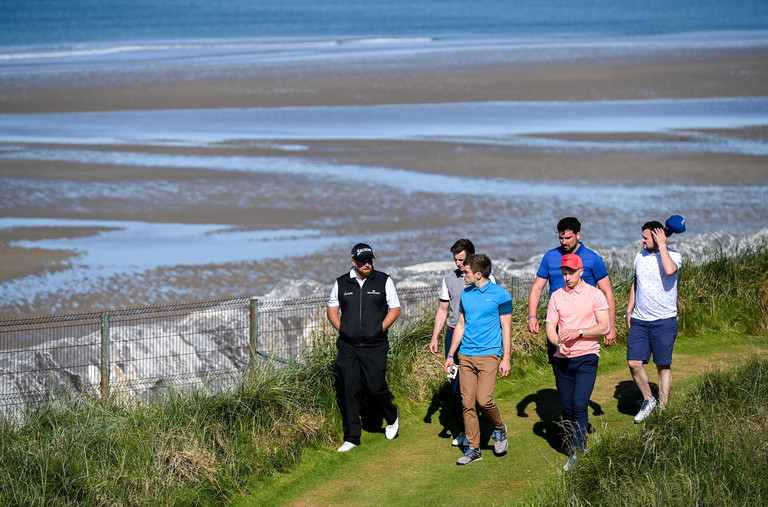 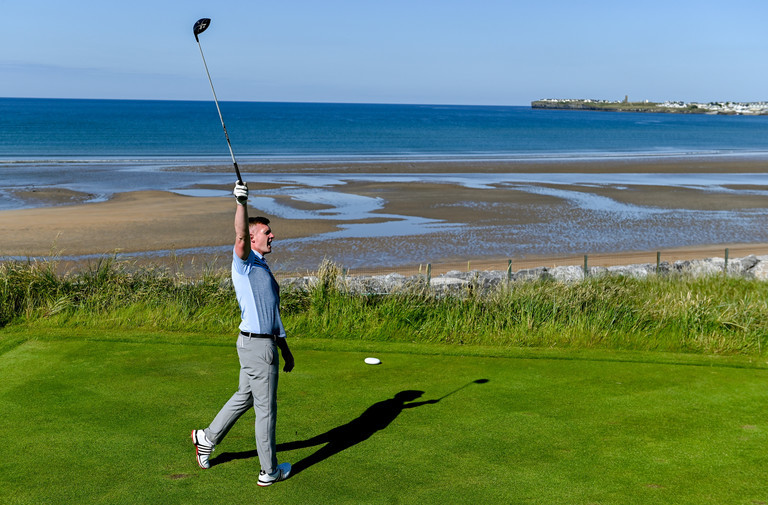 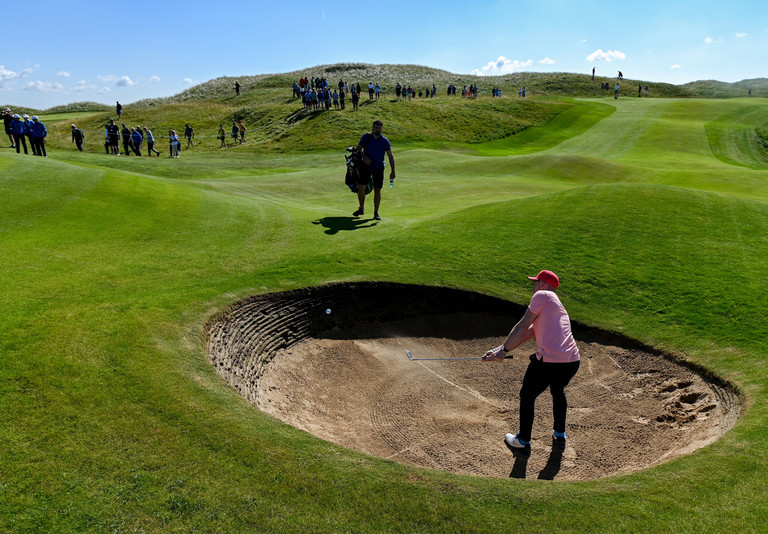 Joe Canning hits from the rough as Shane Lowry, Shane O'Donnell and Cian Lynch watch on 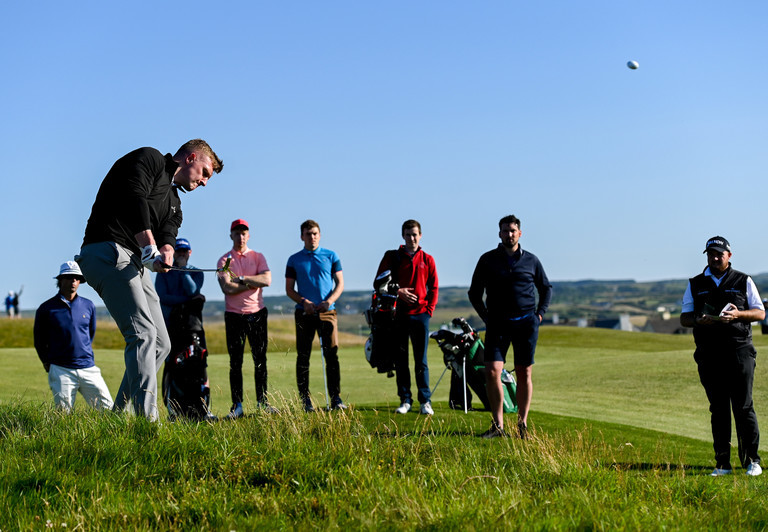 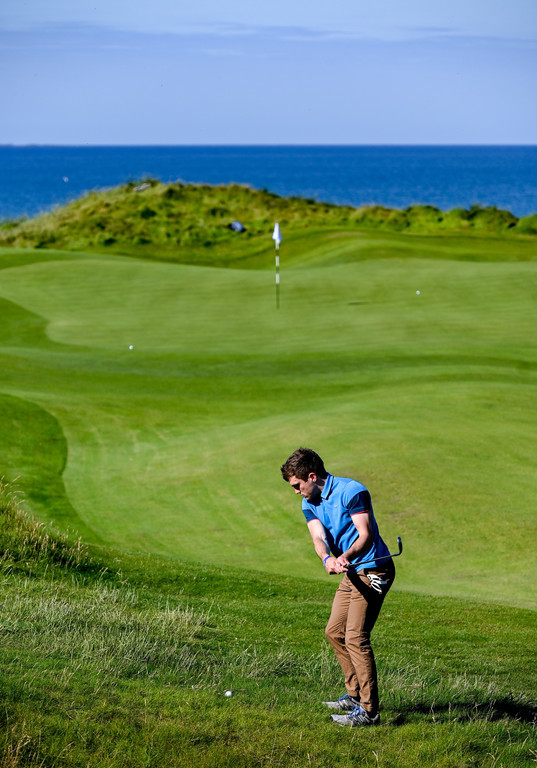 Cian Lynch, watched by Shane Lowry, plays from the rough on the 2nd hole 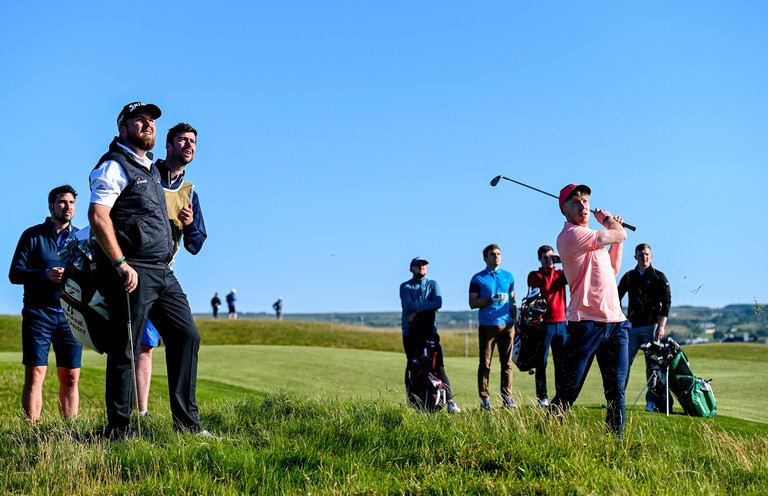 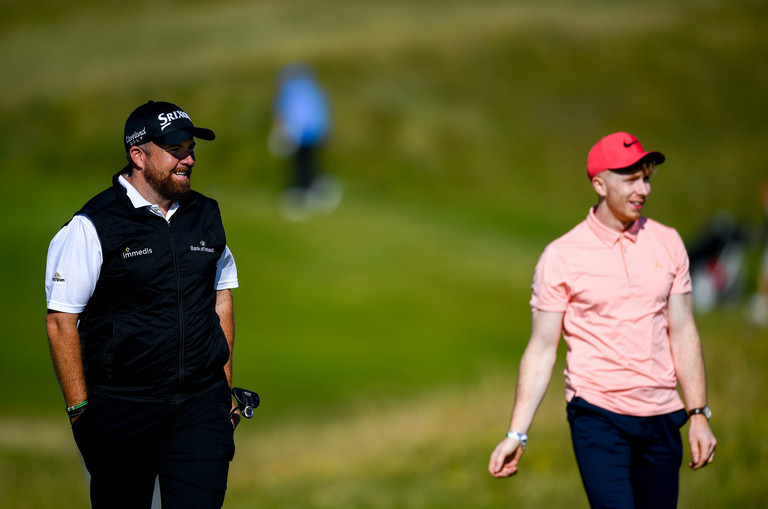 Cian Lynch looks on as Joe Canning putts at the 1st 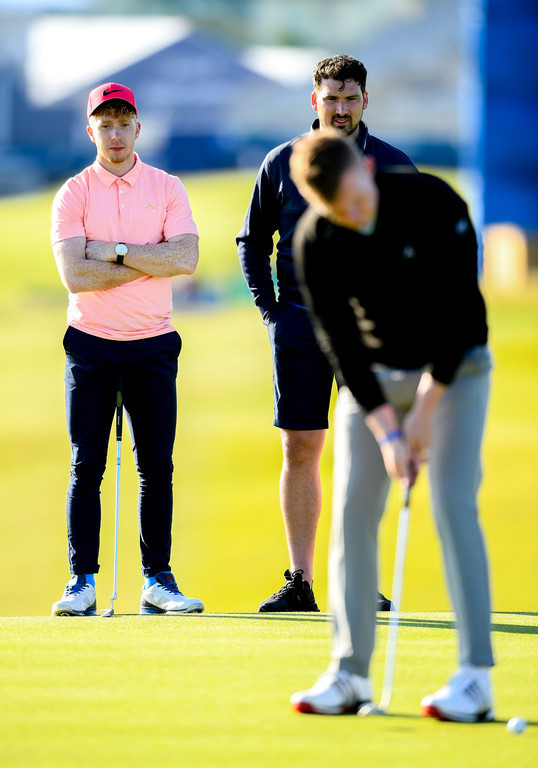 Joe Canning hits a drive from the 4th tee 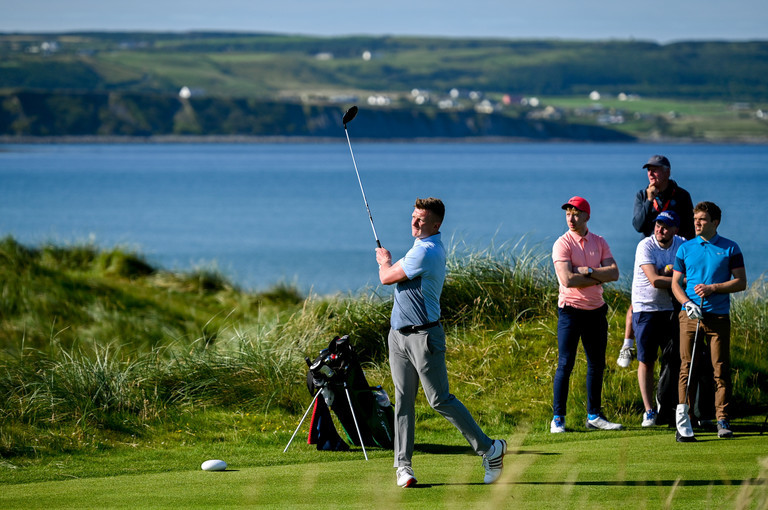 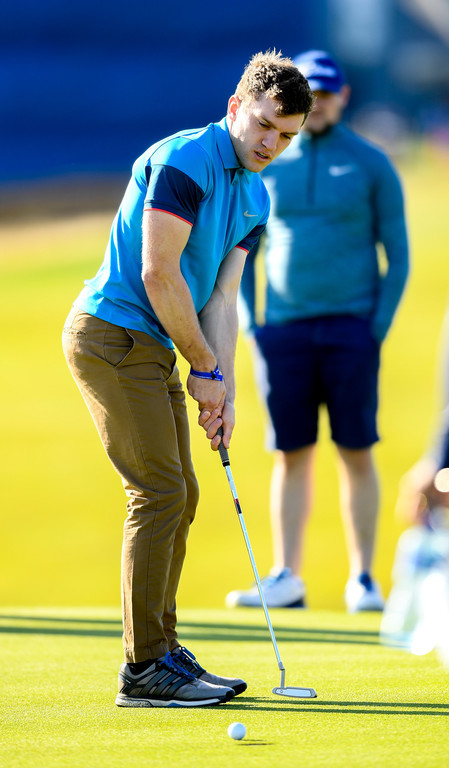