Shane Lowry was the talk of the town this morning when news broke that he has become a sponsor of Offaly GAA ahead of the start of the Allianz Leagues. The 2019 Open Championship winner spoke this morning about the decision to sponsor his county's GAA teams, as well as his aspirations for the coming months.

He said this morning that a (perhaps drunken) call with his dad on All-Ireland final night convinced him to get in touch with Michael Duignan and set the ball rolling.

I talked to my dad that night of the All-Ireland, albeit it was a Sunday evening so he might have had a pint or two of Heineken on board. He’s very passionate about Offaly GAA, always has been. We talked about us both getting involved, our family getting involved, and try and push it that way. I texted Michael [Duignan] saying that, and that got the ball rolling.

The Offaly man has been in fine form recently, but his county's fortunes in hurling and football have been mixed at best. Neither county team have won either provincial or All-Ireland titles since the turn of the century, and Lowry said this morning that he dreams of seeing a fellow Offaly man climbing the steps at Croke Park.

I think there’s a long road ahead for Offaly GAA but hopefully this is the start of great things. We’re probably not going to see any reward over the next few years but in 10 or 20 years if I could somehow see an Offaly man walk up the steps in Croke Park I’d probably die a happy man. That’s what this is all about for me.

I’m very excited to come on board with @Offaly_GAA I hope that the work I do along with the county board over the next number of years will get Offaly back to the top table of GAA. #theoffalyway pic.twitter.com/FHTihUvYff

Lowry was a tad unlucky not to place better than 20th at the Masters earlier in April. His win at the Open Championship in 2019 was the first major win by an Irishman in five years, and he is eager to ensure that that wait is not repeated again.

He will appear at next month's PGA Championship in South Carolina, and he said that his training and preparation is lasered in on the championship at Kiawah Island. Irish fans will be happy to hear that Lowry is "excited" for the coming months.

He has no concerns, though, surrounding the World No.1 ranking.

Do I feel I can compete with the best? Yes, I do. Do I feel I can be world No1? I’m not sure, the standard of world golf is incredible at the minute.

If you look at the top ten in the world, any one of them could be world No1. People might criticise me for saying that but I don’t have ambitions to be world No1. The best version of me every day is what I’m happy to be.

Irish sports fans will be hoping that Lowry's good form will continue and that, even if it may not seem to be of major concern to him, he might contend for that No.1 spot sooner rather than later.

It would appear, though, that his county's GAA fortunes are just as important to him, and if Offaly's hurling and football teams can rise to the top of their respective codes, his contributions will surely be remembered. 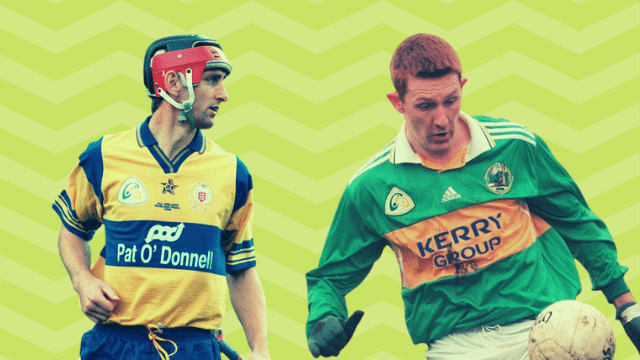