US Open Tips: Who Will Survive Torrey Pines?

Amazingly, the third major of the year is upon us this weekend, as the golfing circus arrives in San Diego for the US Open at Torrey Pines.

Shane Lowry and Rory McIlroy are both among the big names in action, with McIlroy seeking to add to his 2011 US Open win.

It's the US Open's first visit to Torrey Pines since Tiger Woods' legendary final round showdown against Rocco Mediate in 2008.

To look ahead to the US Open, we spoke to US Golf reporter Mike Bailey on The Buildup to get the lowdown on his tips for the tournament. He had a look at the major contenders and some outside bets - and there was time to discuss Shane Lowry and Rory McIlroy's chances as well.

We've compiled his tips for you here. Mike has a track record, having correctly tipped Hideki Matsuyama to win this year's Masters in April, as well as Bryson DeChambeau at last year's US Open, and a host of each-way wins along the way too.

You can listen to the podcast here.

If you talk to anybody, playing at the Farmers' Insurance Open and playing at the US Open...fairways are much narrower, the rough is thicker, deeper, much more difficult during the US Open, obviously. So it's the same golf course, but it's a different golf course. That's why I like guys that are really good tee-to-green, that's why I think Colin Morikawa has an outside shot to win this thing.

Because, keeping it on the fairways is huge. But, on the other hand, when you've got deep rough like that, being able to bomb and gauge could pay dividends as well. That's where you could see a Bryson deChambeau (16/1) or a Dustin Johnson (16/1) perhaps if he figures it out this week. Anybody who's strong and can really hit a tee ball hard and doesn't have a big problem getting it out of the rough.

I really like Patrick Reed here. Even though I don't put a ton of thought into what they do at Torrey Pines, you can ignore it, he won there most recently.

His skills are fantastic and he's looked really good on that golf course. He's a guy that doesn't let outside noise bother him, he's not a choker, that's for sure. I think he will contend there.

I really like Will Zalatoris. He's really been playing well and he's a great ball striker. I'm waiting for this kid to break through. He kind of came out of nowhere this year, but doing it week in week out. I think he's second or third in top 10 finishes this year on the PGA Tour, so he's been very consistent.

I would be very surprised if he didn't perform.

I had Shane at the PGA in my pool. He played well there, he had a chance to get into contention certainly. I don't know what it takes - you're right, he can't have those bad holes. He certainly can't have more than about one.

But he looks good! He looks really good, 95% of the time. He's the kind of guy that can certainly break through, he's a big strong fella who can recover from the rough and I think he has a wonderful touch around the greens, he's a really good putter. It wouldn't shock me if he was right there, and he's been playing well for a while now.

Maybe Paul Casey. He's still playing very well in his career and he's always played very well in US Opens - and Majors, for that matter. He's getting to that age where you don't know how many good years he's got left, but he still hits the ball very well, all aspects of his game are good, and he's consistent - and that's what you want at a US Open.

I certainly wouldn't be surprised to see him playing well.

One thing that's gonna draw people into this one, I think everyone wants to see how Phil Mickelson will do. Because that [his US PGA win] came out of nowhere, he looked - people forget he was 2 or 3 over par through the first few holes of that tournament and then just turned it on! He's definitely going to be one of the people to watch, it's basically a home course for him. We'll see how he does.

I like Corey Connors - really good ball striker, very good iron player. A guy like that could hit a lot of greens and be right there, as well.

Quiz: Name Every Golf Major Winner Of The 21st Century 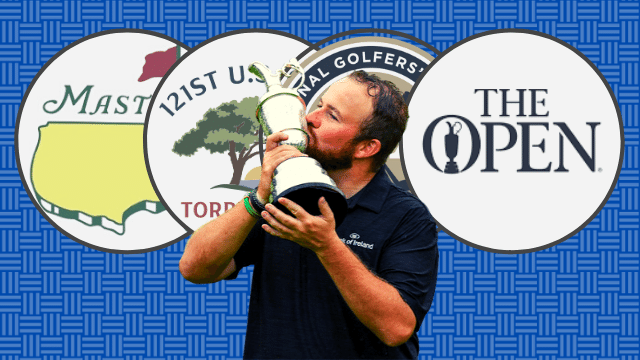 Golf
3 weeks ago
By Jonathan Byrne
'There's Just Red Flag After Red Flag On The United States Team.'
Golf
5 months ago
By Eoin Harrington
US PGA Tips: Watch Out For The Europeans
Previous Next

Ladbrokes US Open 2021 us open us open tips

Golf
3 weeks ago
By Jonathan Byrne
'There's Just Red Flag After Red Flag On The United States Team.'
Golf
5 months ago
By Eoin Harrington
US PGA Tips: Watch Out For The Europeans
Popular on Balls
GAA
21 hours ago
By Donny Mahoney
RATIFIED: Henry Shefflin Will Be Next Galway Hurling Manager
52