'With The Right Performance, The UFC Call Could Be A Lot Closer Than People Think'

This weekend, Rhys McKee will be in a place both familiar and unfamiliar.

The 24-year-old from Ballymena headlines the Cage Warriors 110 event at Neptune Stadium in Cork with a fight against Norwegian Hakon Foss.

The familiar will be the cage and a headline bout; the unfamiliar is Cork.

"I've never been in Cork in my life but it's the same land - we can drive there," says McKee.

"It's nice to have a fight in Ireland. Some of my best performances have been in Ireland - it's where I fought most of my career.

Now four years since his pro MMA debut, McKee returns to where he started: welterweight. He made his Bamma bow against veteran John Redmond on five days notice, winning by rear-naked choke and setting off on a 5-0 winning run.

He went on to claim the Bamma lightweight belt before moving to Cage Warriors last year when the British promotion went bust.

McKee is now on a two-fight winning run in Cage Warriors - and 9-2-1 overall in his career - having finished Jefferson George a year ago in Cardiff and submitted Perry Goodwin at the O2 in March. 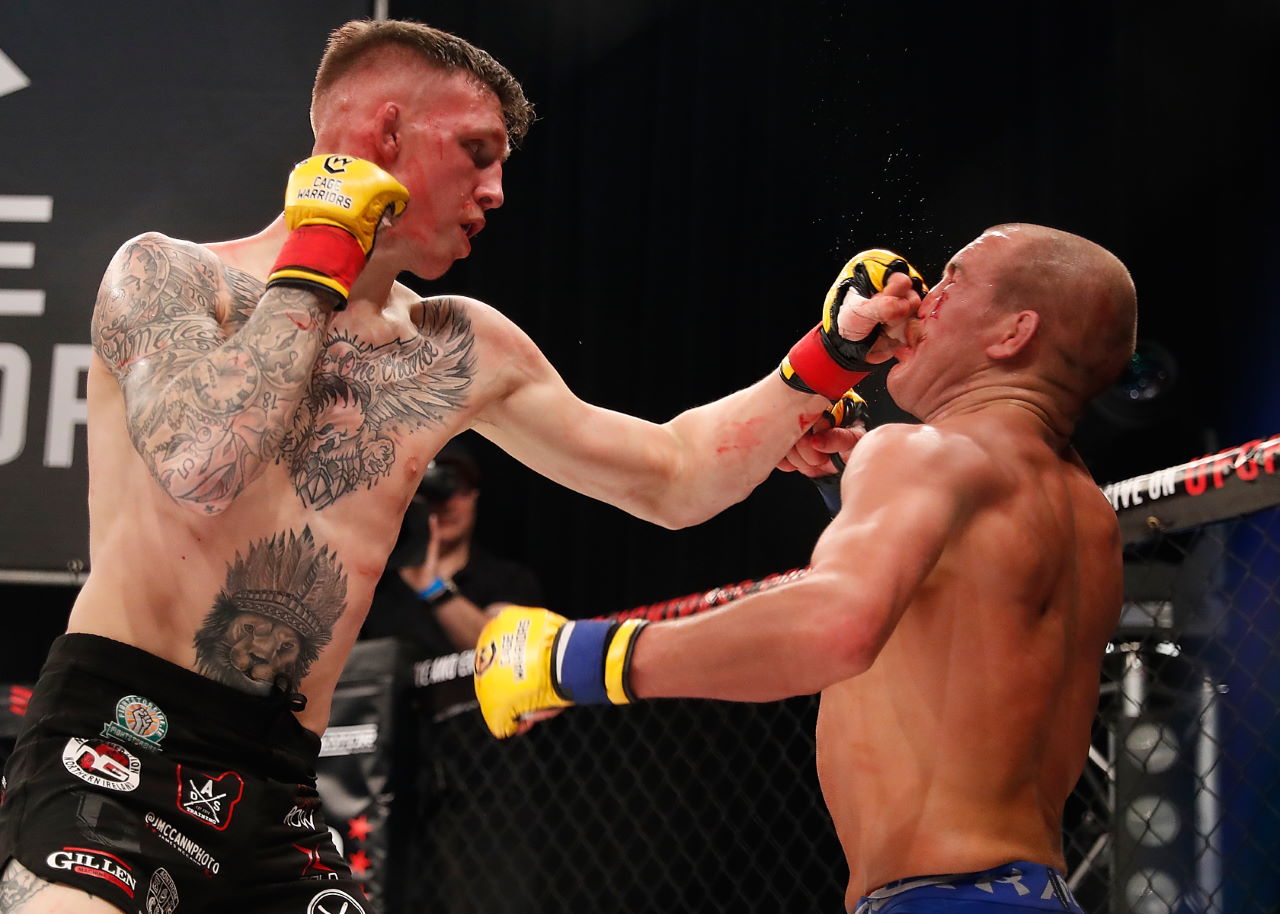 Rhys Mckee was speaking ahead of Cage Warriors 110 which takes place in The Neptune Stadium Cork on November 9th. Tickets are available now, for details see CageWarriors.com

"The cuts to lightweight were just getting too intense," says McKee, explaining why his has moved up from 155lbs to 170lbs.

When I said I was thinking about moving up, they couldn't say yes quick enough. They were just waiting for me. My head coach would definitely have advised it.

The main difference is that I'm training and still looking to improve this week. You're there to train, you're not just there to sweat and lose weight; now I'm actually focusing on the fight.

Just the love for the sport, it's weird what a few extra calories in your prep can do - I'm firing on all cylinders. I've improved in every area and I feel that's due to being properly fueled.

This is the best headspace I've ever been in. It's hard to be in a good headspace when you are starving yourself.

McKee, who also runs a gym in Ballymena, became a full-time MMA fighter two-and-a-half years ago but then had to get a part-time job in a bar for six months while the gym got up and running.

"At the start it was tough," he says.

"If you're a fighter who was fighting full-time and didn't have any ambition to have anything else, you would struggle, but I'm a go-getter, I love to get out and do stuff as well, I can't be static."

His first experience of MMA was when he and his brother - bored due to the football season being over - visited a local MMA gym.

"I told the football team I wouldn't be coming back. That was it and here we are seven years on."

And here, he believes, is just a few steps from the UFC.

"In my opinion, with the right performance, the UFC call could be a lot closer than people think. If I was to put Hakon Foss away in big fashion and they needed a fill-in for March, I would 100 per cent think my phone could ring.

"With that being said, if I'm being totally realistic, I think two to three fights and I'll definitely be there."

Football
15 hours ago
By Michael McCarthy
Confirmed: Mick McCarthy Is Gone, Stephen Kenny Is The Republic Of Ireland Manager
116