The Adrenaline Is Still Running Through Daniel Ricciardo After Monza Win

From Drive to Survive darling to the McLaren hot seat, it's been an eventful few years for Daniel Ricciardo.

The charming Australian ended a three year drought on the Formula 1 circuit - by winning the Italian Grand Prix at Monza last weekend.

His last win came in a Red Bull car in 2018, when he won the at Monaco. Ricciardo spoke to BBC Sport about what it was like in the days removed from victory.

"It's still running through my mind," he said. The 32-year-old cited a lack of sleep after the win. "It's been quite cool. So it's been hard to switch off."

The race at Monza will go down in the history books for various reasons. Not only for a McLaren 1 and 2 finish, but for the infamous collision of Lewis Hamilton and Max Verstappen.

The moment @DanielRicciardo added his own piece of McLaren history to the MTC trophy cabinet. 🏆🥰

And he picked a spot alongside a very special trophy. 👏🇦🇺 pic.twitter.com/Umk6gu1I8H

Despite all the antics that went on in the race itself, it was a moment Ricciardo was well prepared for. After all, the McLaren driver has racked up seven other career wins.

"Like, with 10 laps to go and what I was telling myself, what my mindset was, to stay cool. And then the last lap, going for the fastest lap," he explained.

"I didn't even know what the fastest lap was but I knew there was some grip left, so I was like 'Let's just go'. I wanted to make a statement."

It's created an almost redemptive story for Ricciardo, who in many ways has been driving in the shadow of teammate Lando Norris at McLaren.

Norris sits fourth in the drivers standings after his second place finish at Monza. There were even calls by Ricciardo's teammate to allow the Brit to overtake him.

"There was one lap in particular, not long after the restart when I let him get too close and I probably gave him the impression I was maybe not that fast. And I think that's when he probably said 'I want to try and attack Daniel'," the Australian said.

"I could see in my mirrors, Turn Two into Curva Grande and into the next chicane, he was probably even closer than I let Max get at the start of the race."

"With the restarts and the craziness of the racing these days, I was always trying to save a little bit, just in case there was another restart. Could I have won by 20 seconds? I'm not saying I could have, no, but I was just doing what I had to."

Daniel Ricciardo has confirmed that Netflix was following McLaren for Monza 🙌🧡 pic.twitter.com/SFevmSpipK

Ricciardo has enjoyed a rejuvenated stretch of the season after the season break in August. A win at Monza and two top five finishes at Spa and Zandvoort have propelled his stature.

He knows the break played a big part in his better placements at events later in August in September. "I came in with a renewed energy and a little bit about me was back."

"I never really had a chance to remove myself from it and take a breath and even just mentally switch off. Part of the struggle was I was putting so much into it and not really getting much reward."

Looking past a drivers championship or a constructors, Ricciardo knows a strong placement for McLaren will be the priority. But for now, he's happy to be enjoying the win.

"To come back, and especially for the ones that have stuck through the thick and thin, it's awesome. It's cool." 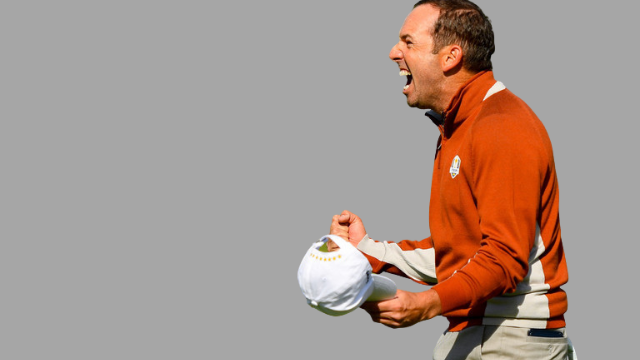