How To Spend Your Time In The Formula 1 Off Season

If you were one of the many sports fans worldwide who were sucked in by the dramatic showdown between Max Verstappen and Lewis Hamilton at the tail end of last year, you may be left feeling a bit bereft of Formula 1 action.

If you're new to the sport and looking for something to fill the time before the season opener in Bahrain on March 20, we have some tips for you here. We've picked out some of the best F1 books, movies, and activities to fill up your time and help you to get to know the sport.

Formula 1: How to fill your time in the F1 off season

The official video game releases for Formula 1 are consistently rated among the best sports games in the world on their release.

F1 2021 is no different. The game's handling model strikes the perfect balance between simulation and arcade style, meaning that it's an enjoyable ride no matter what style or experience you're looking for. It's fully licensed, meaning there are 22 tracks to race on, and the career mode allows you to build your own team and work your way towards becoming world champion.

If you can catch 2021 or any of the previous instalments (2020, 2018, and 2016 are particularly strong) on sale in the PlayStation or Xbox sale, it would be a worthy investment.

Read up on some F1 history

If you're looking to learn more about the history of the sport and do some reading in the off season, we'd strongly recommend the following five books:

Check out some of the brilliant Formula 1 films

There have been some brilliant racing films in recent years, and two of the very best focused in on Formula 1.

The first to release was the 2011 documentary Senna. The film was made by Asif Kapadia, who also directed the critically acclaimed Amy and Maradona biographies, and tells the riveting story of the great Ayrton Senna's career.

The entirety of Senna is told through archive footage, with voiceovers from journalists, team bosses, and drivers of the late great Brazilian. It's one of the very best sports films out there, and well worth checking out.

In 2013, director Ron Howard (of Apollo 13 and A Beautiful Mind fame) took on the challenge of making a dramatic film based on Formula 1. The story he chose to tell was that of the 1976 title battle between James Hunt (played by Chris Hemsworth) and Niki Lauda (played by Daniel Bruhl).

The result was spectacular. Hans Zimmer's score is suitably epic, and the cinematography for the race scenes is top drawer. As dramatic retellings in sports films go, Rush is another that's up there with the very best.

Last year also saw the release of Schumacher on Netflix. The feature-length documentary looks back on the career of seven-time world champion and record breaker Michael Schumacher, with contributions from his family, along with faces such as four time world champion Sebastian Vettel.

Other options include the 1960s classic Grand Prix, the Michael Fassbender-narrated 1: Life on the Limit, or Le Mans '66 - which doesn't focus on Formula 1, but is arguably the best racing movie of the modern era.

Try out some other racing series

F1 may be two months away from returning, but that doesn't mean that there's no other racing going on in the coming months.

Stateside, the pinnacle of single-seater racing is the iconic Indy 500. The 500 mile race at the Brickyard belongs to the IndyCar championship, and the series kicks off for 2022 on February 27 with the Grand Prix of St Petersburg.

Former F1 drivers Romain Grosjean, Alexander Rossi, Juan Pablo Montoya, Marcus Ericsson, and Takuma Sato are among the field, while future prospects like Calum Ilott and Christian Lundgaard have made the journey to the US for the 2022 season.

Have a look back at some classic races

If you joined the action late in the season last year, you missed out on some classics. Baku, Silverstone, Budapest, Monza, Sochi, and Sao Paulo all produced classic races. Sky Sports and the official F1 channel have highlights of all of last year's races available for free on YouTube, so you can easily catch up there.

A subscription to Formula 1 TV is also surprisingly reasonable, with a month's membership costing €3 and a year long membership less than €30. The site not only offers full race replays of every Grand Prix since the 1980s, but also offers in-depth analysis of races and feature-length documentaries.

If you're looking for some classic races to watch, we'd recommend the following five:

Read up on the new regulations for 2022

The 2022 cars will look dramatically different to those used from 2014 to 2021, with an emphasis on improving wheel-to-wheel racing and reducing aerodynamic devices on the exterior of the car.

The regulations are undoubtedly complex, but there are great explanations and breakdowns available on the official F1 social channels, as well as from some of the sport's technical experts.

You'll be able to get well ahead of the curve for Bahrain by reading up on what the new regulations mean - you may even end up with detailed opinions on why you think Ferrari and Alpine will come from nowhere and wipe the floor with Mercedes and Red Bull this year.

Catch up on Formula 1: Drive to Survive

Look, if you're looking to get more in-depth, accurate, historic knowledge of Formula 1, maybe Drive to Survive isn't the greatest option ever.

It is, however, incredibly entertaining, and it has given us some fantastic episodes and characters. We haven't looked at Haas or Gunther Steiner the same way ever since season one aired.

There are three seasons of the show on Netflix, with season four to drop sometime between now and the start of the season.

We'll have a nation of racing experts by the time the Bahrain Grand Prix arrives if you tune in to any of the above options. The count down to the 2022 season is well and truly underway, and we can only hope that it will be just as dramatic as the 2021 Formula 1 season was.

SEE ALSO: Sam Bird Sums Up Why Irish Viewers Need To Tune In For New Season Of Formula E 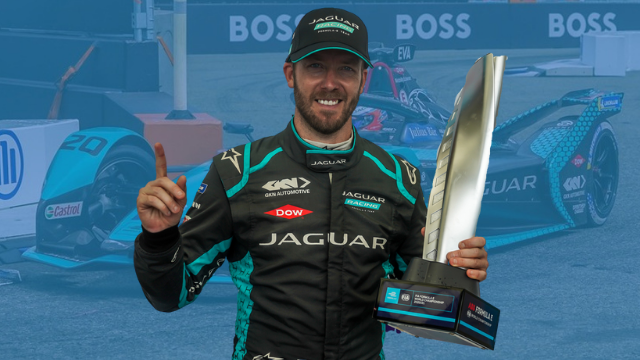