Lewis Hamilton has secured a victory at this afternoon's British Grand Prix, but it has not come without controversy after a collision involving the Englishman at the start of the race.

Hamilton would collide with fellow world championship contender Max Verstappen early in the opening lap, with the Red Bull driver being forced out of the race and ending up in hospital for a check-up.

Many blamed the Mercedes driver for the incident, which you can watch below.

Lights out and away we go!

Verstappen is out of the car.

Despite taking a ten second penalty, Hamilton would still run out as the winner.

He also produced some rather over the top celebrations.

Speaking after the race, Hamilton defender the manoeuvre and put the majority of the blame on Verstappen for causing the incident.

🗣"It's never one person's fault, it's always a balance."

I just don't feel like he needs to be as aggressive as he is.

We're going down through turn six and he is bumping wheels with me. It is cool because there's footage of all Formula One drivers bumping wheels on a straight, so I'm sure it looks cool.

I tried to give him space but I was quite a long way up on the inside. None of us backed out and that was the end result.

I took the penalty. It's never one person's fault, it's always a balance of the two.

He took to social media to share an update on his health status, also calling out his rival for the way in which he acted after the race.

First of all: I am glad I’m ok. It was quite an impact at 51G but feeling better

Obviously very disappointed with being taken out like this. The penalty given does not help us in any way and doesn’t do justice to the dangerous move Lewis made on track

Watching the celebrations after the race while still in hospital is disrespectful and unsportsmanlike behaviour but we move on.

This was an opinion shared by Red Bull team principal Christian Horner, who labelled the Brit's victory as a 'hollow' one.

🗣"For me, that's a hollow victory"

This incident is sure to add plenty of spice to the remainder of the season. 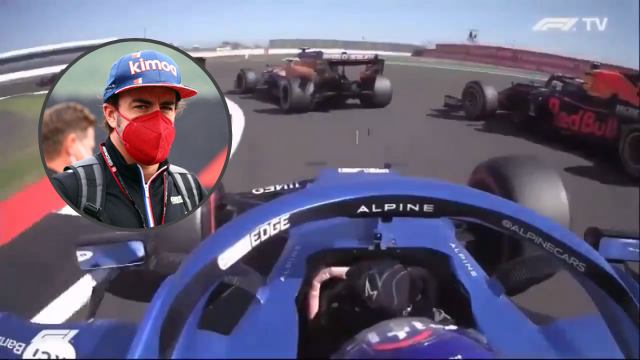