Last year, the Formula 1 world had plenty of reason to discuss the incredible feats of Michael Schumacher. The 7-time world champion and 91-times race winner was unmatched at the top of F1’s stats table up until last year, when his direct successor at Mercedes, Lewis Hamilton, surpassed his 91 race wins and joined him on 7 world championships.

The seeds have been planted for a debate that will last for years – Schumacher or Hamilton? There appears little doubt that the two are the greatest drivers of Formula 1’s modern era and it speaks volumes of Schumacher’s achievements that he is still at the forefront of the sport’s mind even nine years after his retirement.

The racing legend will once again be a hot topic of discussion this season – or, rather, his name will be. That’s because his son, 22-year-old Mick Schumacher, is making his Formula 1 debut this year with the American team Haas.

Schumacher Jr enters the top flight of single-seater motorsport off the back of his championship win in the Formula 2 World Championship last season, which he sealed after a gripping battle with Callum Ilott. Schumacher ultimately wrapped up the title at the final round of the season, at the Sakhir Grand Prix in Bahrain.

Both Schumacher and Ilott belong to Ferrari’s Driver Academy, so it makes sense that Schumacher has been signed up by Haas, whose engines are supplied by the iconic Italian marque. For much of last season, rumours abounded that Schumacher would be signed by Alfa Romeo (also engine by Ferrari), but ultimately he has been snapped up by Haas.

The young German driver also has a European Formula 3 championship to his name – though he is known for taking at least two years to adapt to a new championship. In both F3 and F2, he finished 12th in his first full season, before taking the title in his second year. Given this historic trend and Haas’ woeful form over the past two years in Formula 1, no one should be expecting wonders from Schumacher this year, but he is, without doubt, the rookie surrounded by the most intrigue for the 2021 season.

His Haas teammate, the Russian Nikita Mazepin, is also making his Formula 1 debut this year – admittedly under a cloud of controversy. Video evidence of Mazepin groping a woman emerged late last year and he has been known to drive over aggressively, endangering his fellow drivers on track. The announcement of Mazepin’s hiring at Haas was met with understandable uproar – but money does talk and Mazepin brings plenty of financial backing – as can be seen by Haas’ 2021 livery, which looks…well, it looks just a little bit Russian.

Haas’ struggles on track have brought about a need for extra funding and the attraction of Mazepin’s financial support cannot be underestimated for a team struggling at the bank as badly as Haas are. It’s a tough ask for a team to be carried by two rookies, especially when Schumacher’s name and Mazepin’s past actions mean they will be under extra scrutiny.

Nonetheless, there is lots of excitement around the son of a seven-time world champion entering the sport. Mick is the third member of the Schumacher family to race in the sport – many tend to forget that Michael’s brother, Ralf, was a multiple race-winner himself. Indeed, Mick is the first Schumacher to make his debut for a team other than Irish team Jordan Grand Prix – who, to anyone alive long enough to remember the late 1990s, are the symbol of the height of Irish interest in Formula 1.

It’s unreasonable to have a rookie enter the sport and immediately be tasked with replicating the success of someone as successful as Michael Schumacher. Schumacher Sr is arguably the best-known Formula 1 driver of all time, whose stats still place him tied as the most successful driver in the sport’s history. Even to suggest that Ralf’s achievements will be easily replicated is a stretch – in an era dominated by big teams, any hint of a race win for Mick will be a few years down the line at least.

All that being said, there is something about Mick Schumacher that sets him apart from rookies who have entered the sport in recent years like Alex Albon or Lance Stroll. There’s a swagger about him – he has regularly spoken of the fact that his father is his “idol” and “the greatest”, but he is equally vocal about wanting to prove himself as more than just a familiar name. He is proud of his legacy but equally determined not to live in his father’s shadow.

His father is best known for his lengthy spell at Ferrari, where he picked up five consecutive World Championships between 2000 and 2004. Whisper it quietly, but there may be a chance for Mick to prove himself at the Scuderia before long. Ferrari’s new signing for this season, Carlos Sainz, has only been given a two-year contract, and team boss Mattia Binotto has hinted that Mick may be in the team’s sights as early as 2023.

The romance of Mick’s arrival into the sport is captivating. He is the same age as his father was when he made his debut in 1991. He makes his F1 bow 30 years on from his father’s first race – for Jordan – at the 1991 Belgian Grand Prix. He has taken the same three-letter initial on the timing screens as his father had – MSC. His debut is also tinged with sadness, as his father’s continuing recovery from a serious skiing accident in 2013 means he will not be present to see his son take to the same stage he had such success on.

The comparisons between Mick and Michael will be endless this year. It will, at times be overbearing and expectations must be tempered. But the 22-year-old German is among F1’s most exciting prospects for the future and, with his dedication to making his own name in the sport, his progress across the season will make for fascinating viewing. 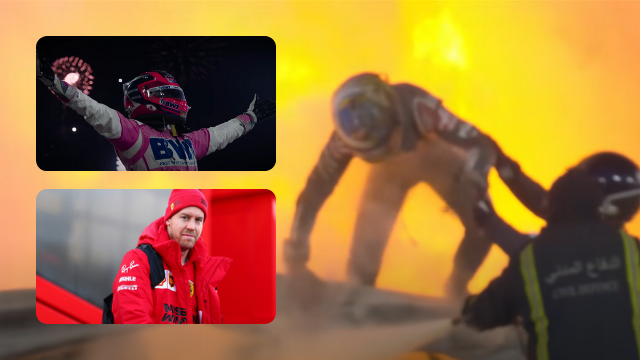