The new era of Formula E racing is just around the corner, and Jaguar driver Sam Bird is one man who is particularly excited about the prospects for the future.

Bird, who will be hoping to break his championship duck in 2022, spoke to Balls at Jaguar's team launch on Friday, alongside teammate Mitch Evans and team principal James Barclay. He encouraged sports fans in Ireland to check out the all-electric racing series when it kicks off in Diriyah next week.

Formula E begins its eighth season on Friday night, after a year in 2021 that saw worldwide interest in motorsport boom during the epic Formula 1 title battle between Max Verstappen and Lewis Hamilton.

Formula E is the only officially sanctioned single seater world championship other than F1, and the all-electric racing series will be seeking to capitalise on a new found demand for racing action worldwide.

Channel 4 announced on Friday that they will carry exclusive free-to-air coverage of every race in this year's championship to fans in UK and Ireland.

Jaguar driver Sam Bird spoke on the deal at his team's launch event on Friday afternoon and, speaking to Balls, he had a special word for Irish fans looking for a racing fix.

To Irish fans that are looking for something to watch please tune in. Our races are 45 minutes long plus a lap, so give it 47 minutes of racing, the show is around an hour.

It's absolute entertainment from start to finish, you'll notice many many many more overtakes in our racing than you will in most other forms of single seater motorsport.

We're showcasing the future of electric mobility on city streets all around the world. It's super exciting, wheel-to-wheel around these circuits. It's really good fun, you must give it a try.

The Englishman signed a new multi-year contract with Jaguar just this week, and enters the new season as one of the leading contenders for a first ever championship title.

For Bird, 2022 presents an interesting challenge. It is the final year of the second generation of Formula E cars (dubbed 'Gen2'), which have been used since the 2018-19 season, before a new generation of cars is introduced for 2022-23.

With the arrival of Maserati and McLaren tipped to come next season, there is an air of an approaching new era for the sport. Bird told us how he will approach the challenge of balancing 2022 and 2023 in the year ahead.

We are massively looking at Gen3. We've done many days on the simulator predicting what the car might feel like, trying new things - that's our testing bed right now. We haven't got hold of the car physically and we won't do until April or May.

We've been doing our homework for a while now. The 2022 car is homologated, it's frozen, so there's only certain things we can do. We still push the boat out to try and find new things to make our Gen2 car even stronger, more reliable and faster, which we've done.

The engineers back at base are pushing extremely hard on Gen 3. It must be very taxing for them, they're working very very hard on both projects and will continue to do so until the end of the year and Gen2.

Bird's teammate Mitch Evans impressed in 2021-22, taking the most podiums of any driver and finishing a strong fourth in the championship. He echoed Bird's comments on the outgoing Gen2 cars, saying that it will be tricky to balance managing the current season, and preparing for the new era in 2023.

It's interesting, but I think we have to have our eyes set on both championships. You just need to, otherwise you're going to fall behind. You can't put all your eggs in this year, otherwise you'll leave yourself exposed for next year.

There is some crossover for Gen3 that we can use, especially at the start of Gen3. There is some transfer of things but it's sort of no different from when we went from Gen1 to Gen2.

Especially when we get hold of the Gen3 car, we'll be testing privately but still have some races to finish off. There's an element of driving both cars which you have to be a little bit careful of. But that's the nature of the game when there's new regs coming in.

The 2020-21 season saw Jaguar come agonisingly close to winning their first ever title. They led the standings entering the final races in Berlin, before the championship was snatched by Mercedes. With their drivers fourth and sixth in the championship, and the most podium finishes of any team, it was a case of "what if?" for Jaguar last August.

Entering the new season Bird, Evans, and team boss James Barclay all expect Mercedes to be the leaders of the pack once again with Bird also tipping DS Techeetah to return to the top with a vengeance.

Confidence is the name of the game though. For Sam Bird, success in 2021-22 will mean pushing the team to "more wins, more trophies, and hopefully a world title or two. That's the aim."

SEE ALSO: Why You Should Be Watching Formula E This Season 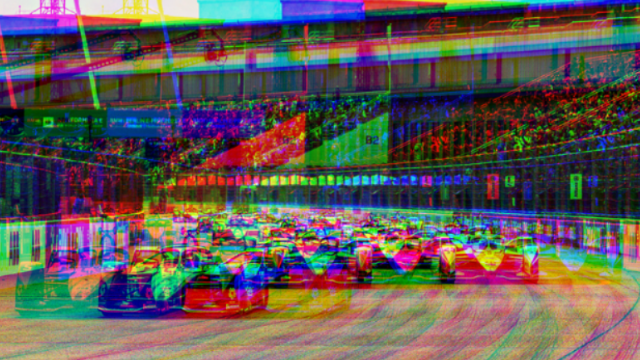