Sergio Perez has made a terrific start to the 2022 F1 season. The Red Bull driver has a pole position and two podiums to his name - and is unlucky that that count does not read three podiums and a race win.

His teammate, Max Verstappen, won last year's drivers' title, and expectations were that Perez's role in 2022 would be one of support to the defending F1 champion. Perez has proven with his early season performances, however, that he is capable of holding his own at the front of the field himself.

Perez spoke to Fox Sports Mexico ahead of the inaugural Miami Grand Prix, which takes place next weekend. The Mexican said that he is hoping to go toe-to-toe with Verstappen and co. for this year's title, and that nobody at Red Bull has instructed him to play second fiddle.

Sergio Perez has impressed in the early rounds of 2022. Pole position in Saudi Arabia is the highlight so far, and "Checo" was unlucky not to convert that P1 into a race win.

He sits in third place in the drivers' standings, just five points behind teammate Max Verstappen. Verstappen has taken the position of Red Bull's lead driver for the best part of five seasons now, and justified the team's faith in him with last year's title.

Perez, however, is an extremely experienced driver, with 217 race starts, 17 podiums, and two race wins to his name. In the form of his life, and with a championship contending car underneath him, he has no intention of merely sitting back and helping Verstappen to another title:

The team has been open in telling us that they want both drivers up front. Nothing would be better than fighting for the championship with Max, because that would mean that Red Bull is the powerhouse.

I feel that I have the opportunity to be World Champion with Red Bull.

I could not be in F1 just to be there, knowing that I am the second driver - it would be a lack of respect towards my career.

I'm in F1 because I know I can win and be champion. I don't have to prove anything, I have to prove it to myself. I don't want to win races, my focus is to win the championship.

Perez came home last time out in Imola in second place behind Verstappen, after an impressive fightback across Saturday's sprint race and Sunday's Grand Prix. He showcased his overtaking ability in repassing the Ferrari of Charles Leclerc after both had made their pitstops.

The Mexican Minister of Defence AND Offence ✌️

Verstappen and Perez made their way back to the pits side-by-side, and came out onto the podium arm-in-arm. That may have had something to do with sending a message to rivals Ferrari, after claiming a 1-2 on the Scuderia's home turf.

But it also showcases the mutual respect between the two Red Bull drivers. Perez said that the idea to come out onto the podium together was his idea, and that the pair share a good relationship - but that their relationship is also fiercely competitive.

There is a good atmosphere among the drivers. I want to beat Max and I want to be in front of him. He is unique and it is something that has happened in a good and natural way, we have the best team and this has helped us move forward.

Max Verstappen has plenty to thank Sergio Perez for. The Mexican driver played a pivotal role in the Dutchman's 2021 title win by holding up Lewis Hamilton at the season finale in Abu Dhabi.

Perez has said that he would be willing to aid the team and Verstappen in a title battle if it ultimately comes to a scenario where he is out of contention - but only then.

I did it in Abu Dhabi and if I have to do it again, I'll do it. If I'm not in a position to fight for the championship and I'm asked to help, I'll do it.

If Red Bull asked me to give up when I had a chance to fight for the championship, we would be in trouble. If not and only he can fight, I will do it - or vice versa.

Nobody has told me that I'm second best. I want to beat Max and so do my engineers. The same on the other side, but the atmosphere is really incredible.

SEE ALSO: F1: What Imola Taught Us About George Russell's Place At Mercedes 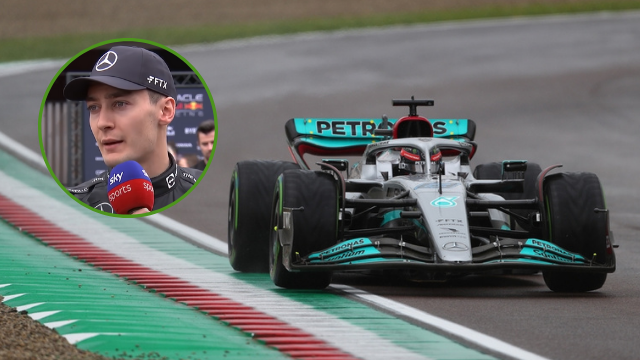