'We Were In The South Of Spain, We Came Home Fairly Lively And Quarantined'

A housemate mills about in the kitchen while Gary and Paul O'Donovan sit in front of a laptop.

The 2016 Olympic silver medallist rowers, who were training abroad when Covid-19 hit Ireland, have been holed up in a West Cork cottage for the past five weeks.

"We were in the south of Spain, it was around the time when things were kicking off in the north of Spain," says Gary during a video conference call.

"We came home then fairly lively and we were advised to quarantine for two weeks after that.

"We headed home to West Cork then and locked ourselves into a little house and stayed away from everyone for a fortnight. The fortnight has pretty much turned into over a month now. We haven't really seen [anyone]."

Though the remoteness from others due to the current extraordinary situation is a new experience for most, it has not changed much in the lives of the O'Donovans.

"The self-isolating is what we're used to.

"We don't see too many people, we just do our bit of training, stay at home and rest and whatnot, so it's not much of a change for us."

Their lives were usually lived between home and the rowing club in Skibbereen with a weekly trip to the supermarket thrown in. Training on the water has been cut out and is now restricted to rowing machines and weights. 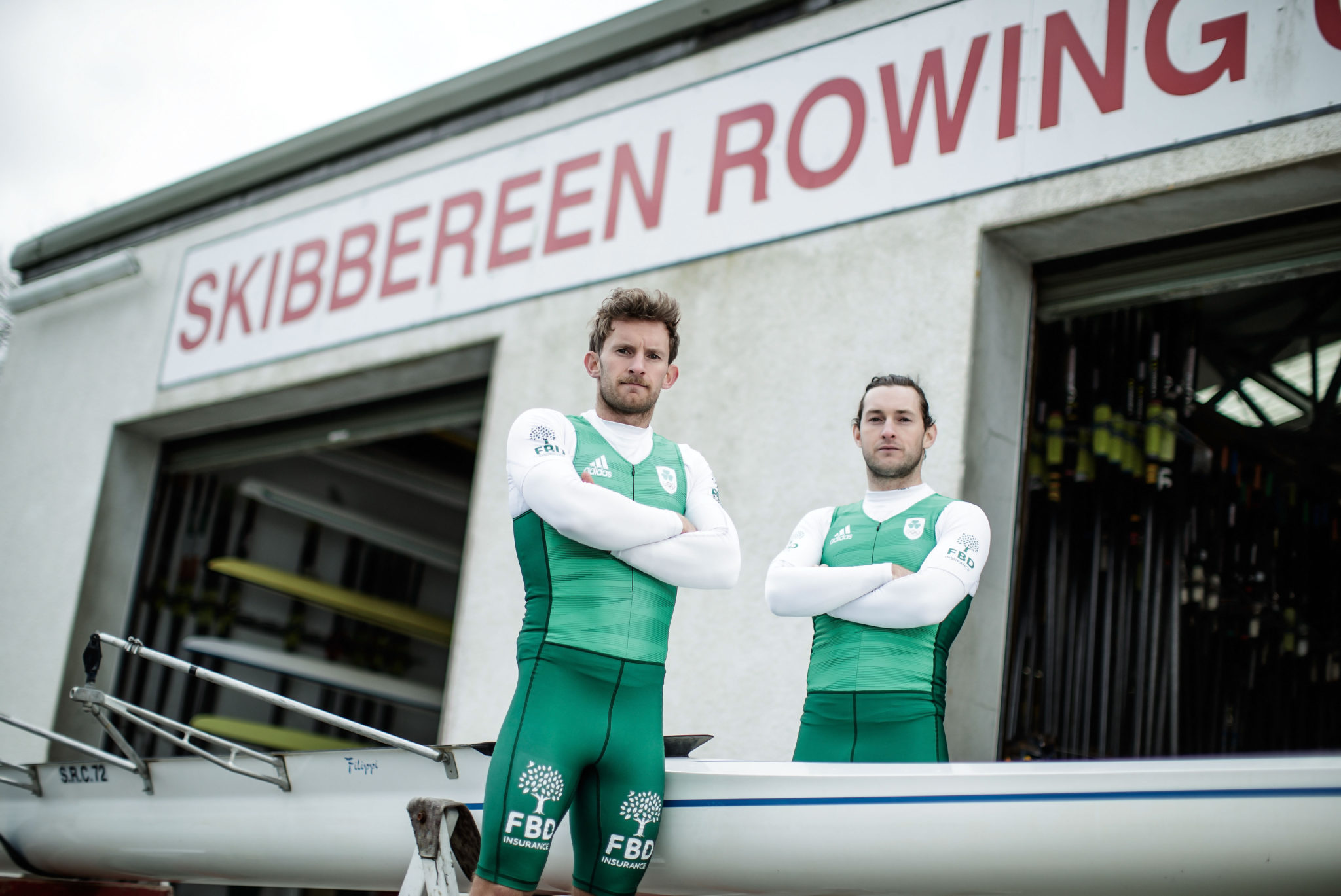 "November, December, January, February, we spend most of our time in the gym anyway so we're well used to that," Gary says.

It's not such a huge change. I suppose the big difference is now we'd be heading into a lot of travelling, going to different regattas around Europe. That's not happening.

As far as training goes, it's kind of like a normal winter in a way. Just the weather's a bit better outside, we can pull the rowing machine outside the door and get a bit of sunshine every now and again.

When the brothers returned from the training camp in Spain, the Olympics had not yet been postponed until next year and the Irish trials for the spots in the men's lightweight double sculls boat were due to take place in April.

Though Paul and Gary were occupants of those two seats prior to the last Olympics and the two years which followed, strong competition has emerged.

When Ireland won World Championship gold in the category last year, qualifying the boat for the Tokyo Games, it was Paul O'Donovan and Fintan McCarthy in place. There is also Fintan's twin Jake and Shane O'Driscoll vying for an Olympic spot.

"We were heading for trials, we were all getting into good shape and there was a gang of lads there, we were all going very fast," says Gary.

"We just came home, went into the quarantine, did what training we could. At the time, the Olympics weren't postponed so we were trying to do what we could within the rules and regulations and guidelines.

"Then they postponed it and it was just a case of, 'Right, sure, we'll reassess now and change tactics a little bit with a different landscape ahead of us.'

"I think it made life a bit easier too when they did postpone the Games for us. We were able to really change our mindset. For a while, we were a little bit compromised: The Games were going ahead, the Government was saying, 'Don't be going out' and we were trying to follow the guidelines and trying to do the training but it gave a lot of relief when they did postpone the Games.

"We were like, 'Right, the priority now is not training and it's not the Olympics and it's not our own ambitions and goals, the priority is to follow the health and safety guidelines and do what's best for the people - the same way that everyone else in the public is doing it.'"

The postponement of the Olympics has given Paul the chance to restart a part of his life which he had himself postponed. The 26-year-old is studying medicine at UCC.

"I sat my exams in December and I had taken a bit of time off then just to train full-time in preparation for this," he says.

"But since the cancellation then - I'm on the Quercus scholarship in UCC, I got onto them and they got onto the school then and they've allowed me now to go through all the material online.

"I'll sit exams in August as a first sitting. They have been very adaptable that way and I've got that to keep myself occupied now as well at the minute. It's been pretty good."

"I'd be wandering about the house a bit," he says with a smile.

"Reading a book, listening to podcasts, revise my rowing knowledge. I don't really do a whole pile, just loiter about, trying to pass the time.

"If the weather's good, I'll go out for a stroll around the fields, look at some of the animals, check out some of the scenery.

"It's a fabulous place down here in West Cork. We've got a lot of amenities at our front door; we can go down to the strand there, walk around the bushes, head into some lads animals in the fields and chase them around. I could do anything. It's lovely being out in the countryside."

As part of its sponsorship, FBD is supporting Team Ireland’s Olympic hopefuls to enable them to focus on personal bests and breakthrough performances at the Summer Olympic Games in Tokyo which will now take place in 2021. It is this same spirit of support and protection that sees FBD as Ireland’s only homegrown insurer support more than 500,000 policyholders for over 50 years.

Keith Ward: 'I Don't Think I Ever Played For Dundalk Again After That'

Olympics
9 months ago
By Gary Connaughton
Paul O'Donovan Explains How Breaking Up Two Family Pairings Helped Ireland To Olympic Gold
Olympics
9 months ago
By John Dodge
The Rise And Rise Of The Powerhouse Irish Lightweight Double Sculls
Olympics
4 years ago
By PJ Browne
'You Hear Them Before You See Them' - Irish Rowers Making An Impression In New Zealand
Popular on Balls
Rugby
2 days ago
By Colman Stanley
'That Pace, That Intensity, That Organisation' All Black Legend Has High Praise For Leinster
GAA
2 days ago
By PJ Browne
Cusack Has Little Sympathy For Gearoid Hegarty After Red Card
Football
10 hours ago
By Colman Stanley
Wagatha Christie Trial Sheds New Light On England's Euro 2016 Disaster
GAA
17 hours ago
By PJ Browne
GAA President Explains Why Tailteann Cup Won't Be All-Ireland Curtain Raiser