Galway teenager Emma Slevin finished 19th in today's all around finals at the World Artistic Gymnastics Championships in Tokyo. It caps off an amazing year for Slevin, and for Irish gymnastics.

Having created history by qualifying for the finals in 21st, Slevin improved her finishing position to 19th in today's final. A remarkable achievement for the 18-year-old and it may have been even better but for a mistake on her floor routine which saw her score only 11.266 compared to her qualifying score of 12.466.

Slevin's score on the vault and the balance beam improved from qualifying with her 12.733 on the beam ranking her 10th among all finalists.

"Today was such an amazing experience," said Slevin.

"Not my best day… but to able to call myself a World Championship finalist and make history for my country is something I will be proud of forever. I’m so thankful to everyone who supported me and helped me along this journey. I’m feeling very motivated to get back into the training gym."

Slevin burst onto the international scene at the 2018 Youth Olympics finishing sixth overall with top 10 finishes in three of the apparatus finals. She narrowly missed out on Olympic qualification in 2019 but has developed into a strong international gymnast at senior level now.

She made history earlier in the year by qualifying for the European Championship All Around final but repeating that feat at the World level is clearly a bigger achievement.

With Megan Ryan performing with distinction at the Olympics this year, it has been a banner year for Irish gymnastics.

Rhys McClenaghan may have been unlucky in the Olympic final and the Worlds but he's still the standard bearer on the men's side.  He was joined by Adam Steele who finished 21st at the European Championships. Another bit of Irish gymnastics history made this year.

It all points to a bright future for the sport in Ireland. 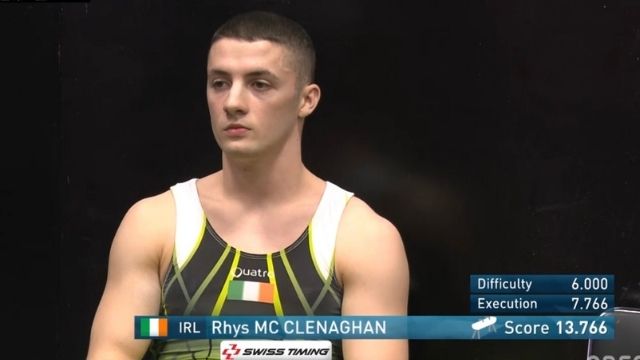