Twice in the space of a single day's swimming, Sligo's Mona McSharry broke an Irish record that went back 23-years to the days of Michelle Smith.

Competing at the Irish Short-Course Swimming Championships in Antrim on Friday evening, the 18-year-old set a new mark of 54.34 seconds in the final of the 100 metre freestyle.

Incredibly, by this stage it was her own landmark times that she was rewriting. Earlier in the day, McSharry had overtaken Smith's 23-year record of 54.87 with a qualifying time of 54.65.

Speaking to RTÉ in the direct aftermath of her latter-most achievement, the Sligo swimmer was understandably awed at what she had managed to accomplish.

"This morning to have got that record when it was 23-years-old was absolutely amazing.

"54 seconds is a fast time and I didn't think I'd get it. To be able to go even faster tonight and be even closer to a 53 is amazing. 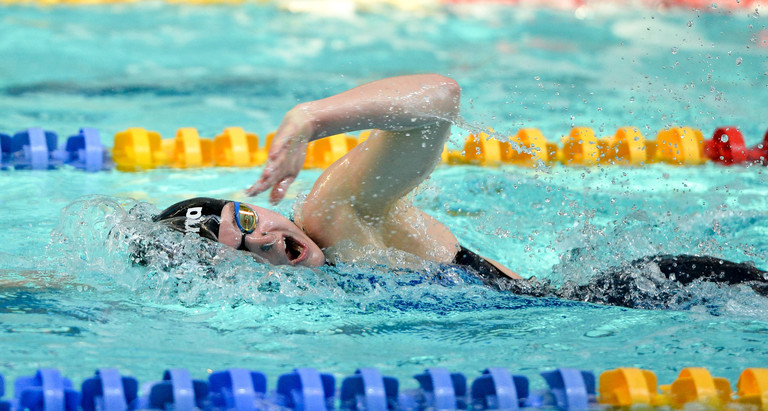 For McSharry, this lengthy record fell a day after the Marlins swimmer had added further gloss to a 50 metre freestyle record that she had set only a matter of weeks previously.

Not content with that, McSharry's Friday evening in the pool also saw her claim the gold medal in the 100 metre breaststroke final.

Making an astonishing strides for one so young, the 18-year-old Mona McSharry will be hopeful that this is only the beginning of what will hopefully be an astounding sporting career.

Golf
2 days ago
By Gary Connaughton
Watch: Rory McIlroy Clearly Isn't A Fan Of Brooks Koepka's Mind Games
Snooker
2 days ago
By PJ Browne
Ronnie O'Sullivan Takes No Prisoners Explaining Snooker Career Longevity
Other Sports
4 days ago
By Paul Moore
Seven-Part Documentary Series On The History Of Formula One Arrives Next Month
Popular on Balls
Football
23 hours ago
By Balls Team
The Fantasy Premier League Winner Has Been Stripped Of The Title