Ireland's Shane Ryan won gold in the 50m backstroke at the World University Games in Taipei on Wednesday.

In a tremendously exciting race, Ryan pipped the USA's Justin Ress to the gold by just 0.01 of a second. 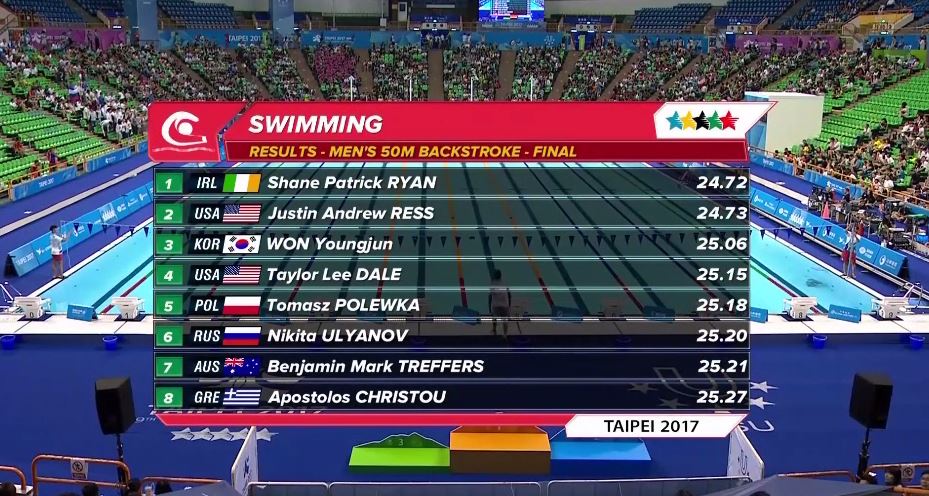 The former Penn State swimmer's time is also a new Irish record for the event.

Ryan was born in the US. His father Thomas, who is from Laois, moved to Philadelphia in the 1980s.

It was just Ireland's second ever swimming gold medal at the World University Games, the first being Gary O'Toole in 1991.