There's A Frankly Stupid Amount Of Sport On TV This Weekend

During lockdown, we spoke wistfully of a mysterious future when sporting calendars would collide, creating a Big Bang, and giving life to a new universe of sporting nirvana.

And while it's been busy for the last month or so, this weekend we reach an insurmountable peak. We have reached capacity. And while it seemed great at the time when we were stuck watching the 2004 Munster Hurling Final for the sixth time in a month, we didn't account for the stress it would bring. It's all just too much.

Landing The Masters into the middle of November might have made sense in America, but were they taking into account it would come in a weekend of nine huge Gaelic football and hurling championship games? Or that the final day would clash with two crucial Ireland football games at Under 21 and senior level? Or that the battle of make the cut would be up against Ireland taking on Wales in rugby. It's inconsiderate is what it is.

Even the TV schedules are struggling. The Clare Vs. Wexford hurling qualifier (2pm Saturday) doesn't even make the cut for the weekend ahead, with it being demoted to GAA Go.

Some of us have other things to be doing on the weekend. We don't want to. We'd happily sit down at 6.10am tomorrow morning to watch New Zealand take on Argentina and not move off our arse again until Katie Taylor retains her World titles at the Wembley Arena around 17 hours later. But babies need to be fed. Shopping needs to be done. We should probably get some fresh air at some stage too.

One day of that is probably manageable, but Sunday is arguably worse. In fact, from the time you finish work this evening and throw on The Masters, there's very little time you won't have top quality live sport to watch until you start work again on Monday.

Taking into account your evening tonight is already booked with Day 2 of The Masters (2pm, Sky Sports Main Event/Eir Sport 1), and Ireland's Autumn Nations Cup clash with Wales (7pm, RTE Two), we've created a handy guide to help you get through the obstacle filled weekend of sport ahead. You're going to have to pick and choose, so choose wisely. 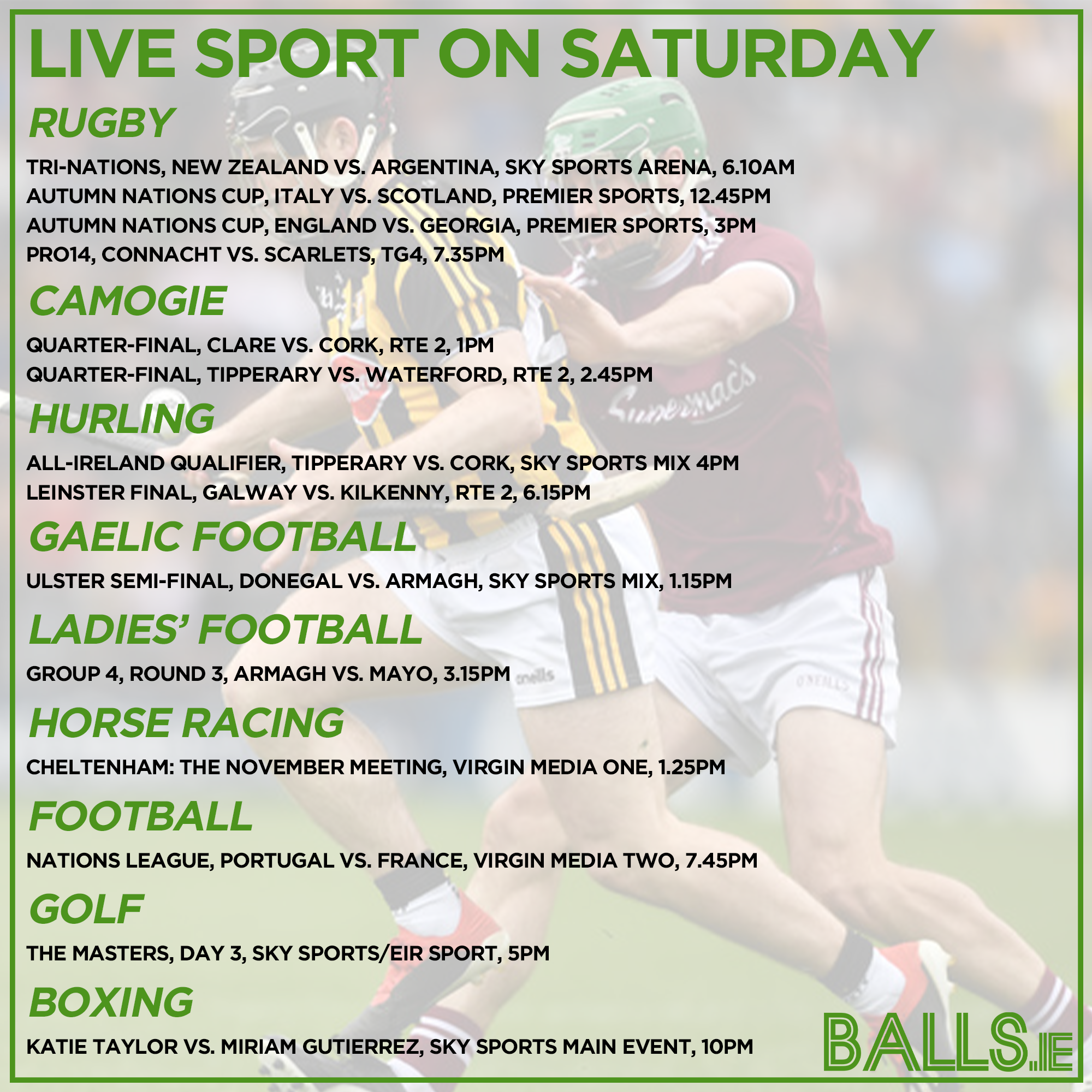 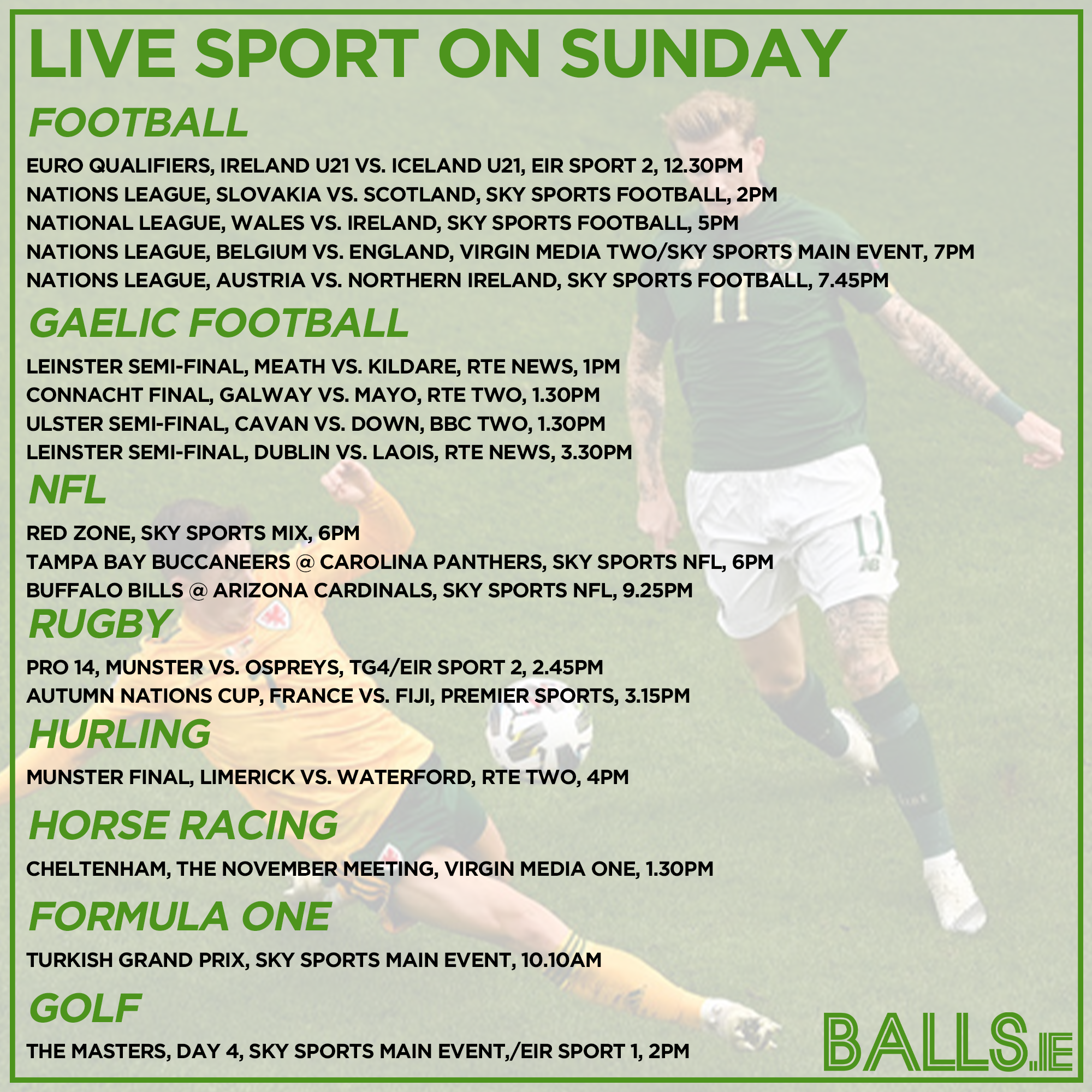 SEE ALSO: Nathan Collins & U21 Team Are Out To Change Perception Of Irish Football 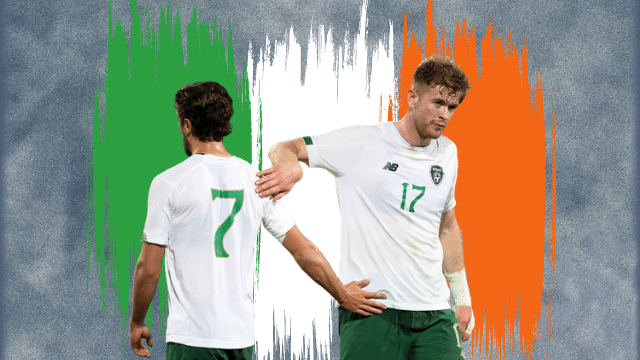