Munster In The Hunt For Shock Signing Of Bastareaud

A familiar villain of Irish rugby could be on his way to Limerick next season, if only for a short time.

Reports emerged on Thursday that Munster are interested in the surprise acquisition of French international Mathieu Bastareaud on a short term contract.

The 30 year old, capped 54 times for France, has played for the national team as recently as this year's Six Nations, but is now in a state of flux between now and January, and could seek temporary refuge in the southern province, according to Midi Olympique, who describe Munster's approach as a "concrete offer". 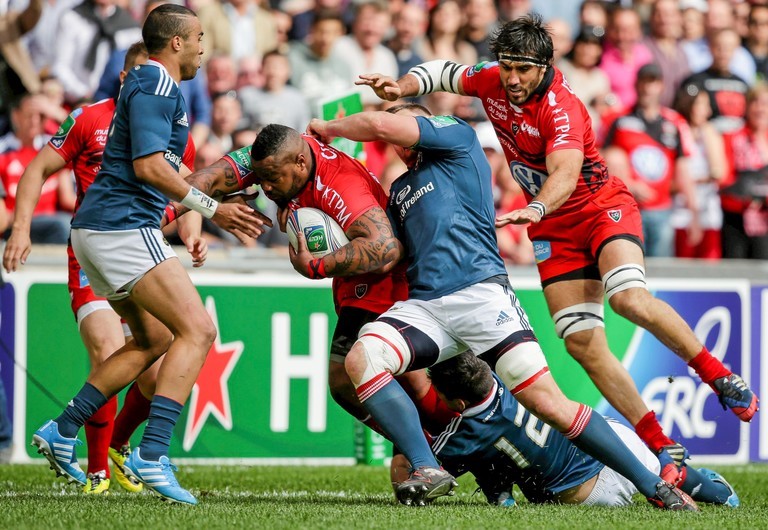 The centre has become available because of an odd set of circumstances. He will leave Toulon to play in America for Rugby United New York in January, but had already left Toulon, with the assumption he would be going to Japan with with France in the autumn.

However, coach Jacques Brunel put an end to that when he shockingly didn't select Bastareaud in his preliminary World Cup squad. On the back of that decision, the centre immediately retired from international rugby.

With Toulon having moved on without Bastareaud in their plans for the new season, it leaves him without a club before his move to New York.

Munster need reinforcement in the middle of the park following Jaco Taute's departure this summer, and a big name like Bastareaud is obviously something that will garner a lot of interest in the early stages of the season. While his form can be hit and miss, it's likely the short term nature of the deal make the signing a low risk situation for Johann van Graan, and the upside for Munster could be huge if the former Toulon man plays to his full potential.

One person who might not be too pleased by Bastareaud coming to Ireland is Johnny Sexton, who may have thought he was finished with his nemesis after he called it a day for France. They are unlikely to come up against each other with Sexton away at the World Cup, but maybe, just maybe, there's one more battle ahead for these two old foes.

He does have some options in France too, according to the same reports, but Munster is by far the most intriguing prospect.