Brian O'Driscoll sees Munster's Jean Kleyn as the only possible surprise inclusion when Joe Schmidt names his Ireland squad for the Rugby World Cup in Japan.

The South African-born second row qualifies to play for Ireland on August 8th, two days before the first warm-up game against Italy. The 25-year-old has been involved with the Ireland training squad.

"I'd be interested to see what happens with Jean Kleyn, whether he gets a cap against Italy," O'Driscoll said at the launch of new 'Sports Extra' pack on Sky.

"I think that's his opportunity to shine if he goes really well. He does add a bit of ballast in there that maybe is the one thing we might be lacking a small bit.

"I don't know a huge amount about of him. He's been very effective for Munster at times but has kind of gone missing once or twice. It's just that consistency of performance [that he needs].

"If I was going to pick one person as a possibility that might get a shot at it [it would be him] because he brings something slightly different than the other second rows.

"He's got a big frame, he's a South African guy. The prospect of playing against his fellow countrymen, he'll know what's needed to bring that ferocity if we do end up getting them in a quarter-final." 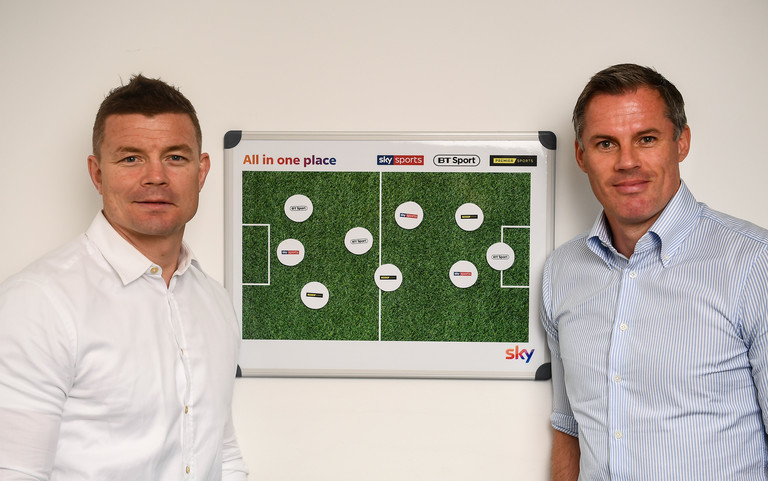 Jamie Carragher and Brian O’Driscoll launch ‘Sports Extra’ on Sky. The new sports pack which includes BT Sport and Premier Sports will be available to new & existing Sky Sports customers from August 1 for just €10 extra a month. Sports fans will be able to watch an unbeatable range of sports, including every single live Premier League game, all in one place. Photo by David Fitzgerald/Sportsfile

O'Driscoll believes that there being less pressure on players due to lowered public expectations will work in the team's favour.

"It's funny how quickly the expectation has dipped from being a front runner and possible winner to 'Gosh, are we going to lose in the quarter-final?'" said O'Driscoll.

"There never seems to be a middle ground in Ireland. It's always top of the tree or bottom of the barrel.

"I wouldn't quite say we're bottom of the barrel but perception is that we're going to struggle, I don't think that will be the case.

"I think we'll be very competitive and need a bit of luck at the right times to get ourselves into uncharted territory.

"Can we win it? Yes. Can we lose in a quarter-final? Yes, we can. You look at it that way. I think you need a huge slice of luck. Key personnel have to be fit.

"The team and the way the draw has fallen, having the two big games up first and then an opportunity, if all goes well, to rest a few players in advance of a huge quarter-final.

"This Irish team isn't about trying to get one step further than other Irish teams and get into a semi-final, they're trying to win the World Cup.

"They can say that on the back of beating every tier one nation over the last 18 months to two years. Before, there wasn't credibility to be had because we'd never beaten the All Blacks.

"This time around, we've got to be in the conversation of potential winners because of their achievements. It's just a matter of consistency of performance and can we win seven games on the bounce."