Ulster's win over Connacht brought to an end a strong season for Andy Friend's outfit. One of their stand-out performers, right up until the final day, has been Bundee Aki.

For Joe Schmidt, the World Cup throws up numerous conundrums, nowhere more so than in the centre. It is striking to consider the embarrassment of riches afforded to the position when potentially only three spots on the plane to Japan will be allocated.

Even amidst Munster's middling attack, Chris Farrell has continued to impress. Robbie Henshaw and Garry Ringrose starred in Leinster's semi-final triumph over Toulouse. Connacht's story of the season has revolved around players like Tom Farrell. Schmidt is a big Will Addison fan.

Aki's prowess at the breakdown, in particular, is a potent asset Connacht utilise again and again. In the opening minutes, he counter-rucked but was warned by referee Andrew Brace not to play the ball. 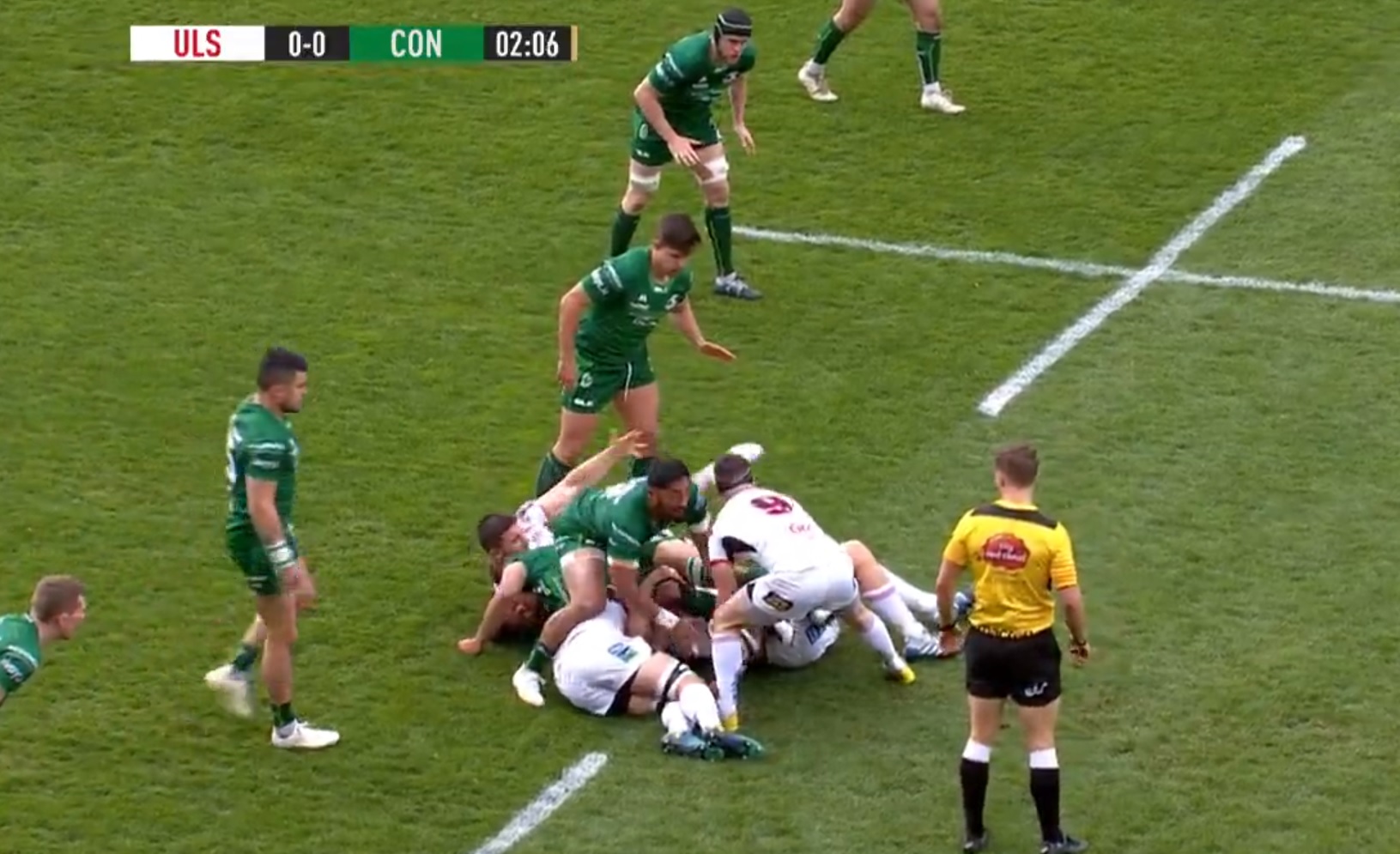 Shortly after the half-hour mark, he once again demonstrated real awareness.

A Luke Marshall break threatened to send Ulster free, but Aki tracked back, made a covering tackle and bounced up to compete at the breakdown and successfully complete a turnover. 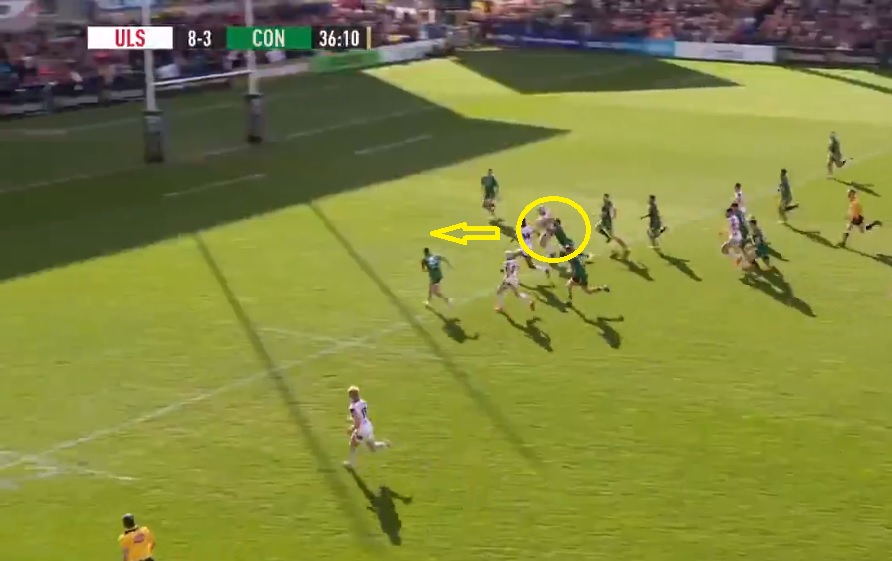 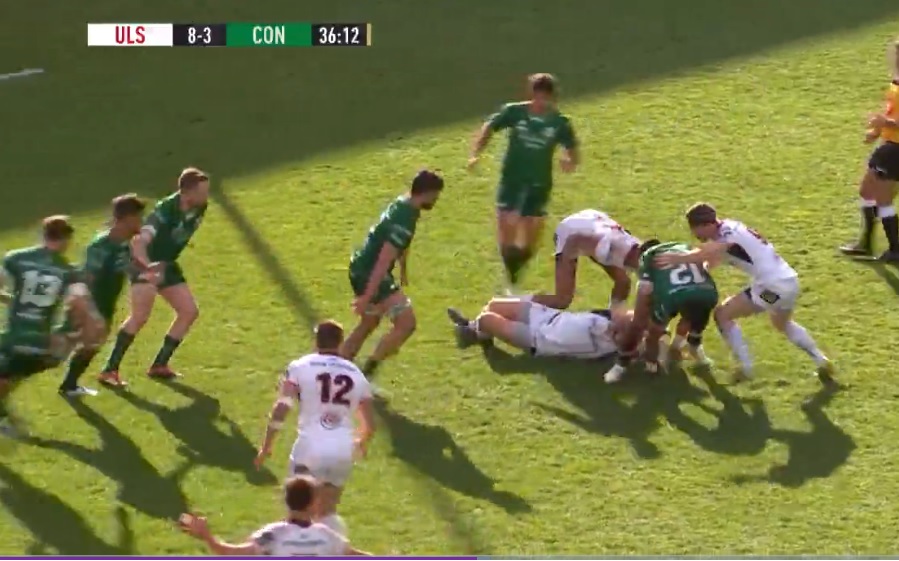 The incident that irked the Ravenhill faithful and resulted in boos for the remainder of the game was a high shot on Billy Burns. The referee's explanation goes some way towards explaining why a yellow card was not shown.

Referee: It's just a penalty. I need to see more of a grasp from the right arm.

Aki: But what if he was trying to turn that way?

Referee: That's the reason it is just a penalty, because he has fallen in. 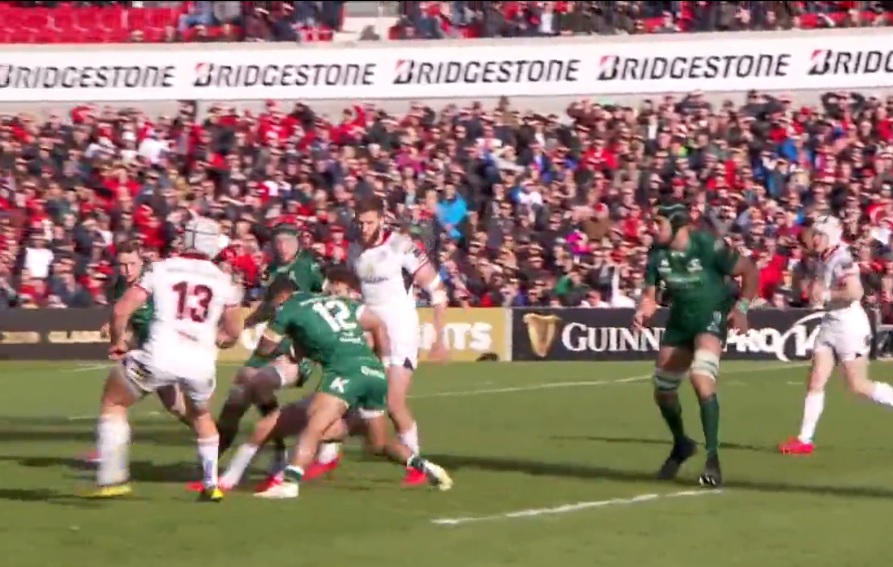 In the second half, Aki excelled on the other side of the ball, running an intelligent and well-timed support line before sprinting away and touching down under the posts.

He was taken off soon after to a chorus of jeers and eventually Connacht's challenge wilted.

However, as Andy Friend said after the game, there is cause for optimism: "There is a lot of boys hurting down there but I know that hurt will be turned around into positive energy and we will be better next year."

The second ever quarter-final appearance and a Champions Cup spot secured. For Ireland, Connacht and Aki, the future is bright.

Rugby
2 weeks ago
By Paul Moore
Pro 14 Announces Restart Fixture List With Provincial Derbies to Kick Things Off
Rugby
2 months ago
By PJ Browne
'Getting That First Kick Vs England Was Huge. 8 Years Ago I Couldn’t Kick For My AIL Team'
Rugby
2 months ago
By Balls Team
Connacht Confirm Signings Of Munster And Leinster Duos
Popular on Balls
Snooker
22 hours ago
By PJ Browne
John Higgins Makes The First World Championship 147 In Eight Years
3

Football
16 hours ago
By Paul Moore
Quiz: How Well Do You Know the Jack Charlton Golden Era?
5