Reasons To Be Bullish... And Scared About Ireland Vs New Zealand II

Ireland’s win over arguably the best team to ever play Test rugby at Soldier Field a fortnight ago has been lauded as the game of the year, and by some as one of the finest games and tactical masterclasses of all time.

If the Joe Schmidt helmed Ireland can repeat the feat this weekend to take a 2-0 series victory over Steve Hansen’s side it will be potentially the greatest ever achievement of any Irish rugby side. The Grand Slams of 1948 and 2009; the away Test series victory over Australia in 1979; and the away Test win over South Africa this summer all rank up there as highlights on Irish rugby’s CV, but this one would surely rate above them all.

But there's a lot of work to do before we get to that point.

Two weeks ago, we listed the ten things Ireland would have to do in order to claim a first ever win over rugby’s standard bearers in 111 years; and they fulfilled each of these prerequisites.

This weekend the challenge appears to be far greater and there are plusses and minuses to both the arguments for more history being made or a reversion to type and another All Blacks win.

Reasons to be positive:

Sean O’Brien’s return to the Ireland XV is the one change to the starting side that took the field in Chicago. It was the biggest call that Schmidt had to make, in deciding whether the big-name openside had the fitness levels to start this tie.

His performance against Canada was good, not supreme, but good, and was highlighted by 35m made by the Tullow Tank with ball-in-hand against the North American side. What Ireland need in the pack is the same consistency in the set-piece and breakdown as they had at Soldier Field, but they also need an attacking platform in the loose.

A quintet of Irish forwards have consistently proven that they are of world-class calibre in this area: Cian Healy, Iain Henderson, Ultan Dillane, CJ Stander and Sean O’Brien. With Dillane sidelined with a knee injury this week. Healy kept out of the starting team by the hugely efficient and consistent Jack McGrath. And Henderson making his return from injury to take the replacement second row slot, Ireland badly need carriers in the first XV. For that reason Schmidt could not overlook O’Brien.

The debate was whether he should start or if Josh van der Flier merited starting with O’Brien to come off the bench. With the Carlow man’s fitness still somewhat up for debate it is the right call to start him; if his engine fades in the second half he can be hooked with the injection of Van der Flier’s stamina for the last 30 minutes or so.

It’s the biggest call in the build-up for Schmidt but a gamble he had to take and that could pay off gloriously. 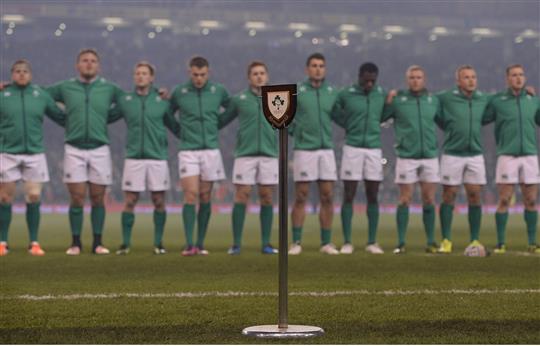 Since Schmidt took charge of Ireland in 2013, Ireland have lost just three games at Aviva Stadium. That represents a home winning ratio of 81.25%. It has become a fortress for Ireland and the only teams that have stormed it have been Australia (2013), Wales (2015) and of course New Zealand in 2013.

There has been a lot of talk of New Zealand seeking revenge for the defeat in Chicago but Ireland have a small matter of revenge too. Yes, they got the jump on the Kiwis in Chicago but righting the 24-22 loss that took place on home soil in 2013 will be another driving force for Ireland.

Ten of the squad that day are in the 23 for Saturday and they will be recalling the memory and pain of the 2013 defeat as an elixir of motivation in team meetings and the home dressing room this week.

It’s just the start of a winning run for Ireland with two scalps on the bounce, but the consistency is there in selection for Schmidt. The team is the same bar O’Brien in the starting side this week as took to the field in Chicago; the benefits of this cannot be underestimated.

The All Blacks have made five changes to the team from the first Test, knowing they need a transition in focus. Ireland don’t have that worry this week, allowing them instead to focus on game plan rather than the gelling of a side. A crucial little element that goes in Ireland’s favour.

Reasons to be negative:

There can be no doubt that New Zealand are going to be furious this weekend. Zinzan Brooke said this week, “I’ve been there a couple of times when we've been beaten; when an All Black side is beaten, it hurts. I know how they'll be feeling now, they'll want to slip in here and do the business.”

'Victory in Chicago hardly means we have to start viewing this as one of the game's great and enduring rivalries' https://t.co/aQzQU8aqro

That hurt is going to propel the All Blacks this weekend and has done in the past. The All Blacks losing consecutive Tests to the same team is as a rare as a hen’s tooth. You have to go back to August 2009 for the last occurrence when the Springboks managed the feat. The African side in fact achieved an incredible three in a row with another victory over the ABs the following month.

The last time a European side did it was France, also in 2009, in June of that year. The only catch there is that the previous win was almost two years earlier in October 2007 in the World Cup.

If Ireland do this it will set a new standard against the All Blacks not previously seen this decade.

Changes to the New Zealand team 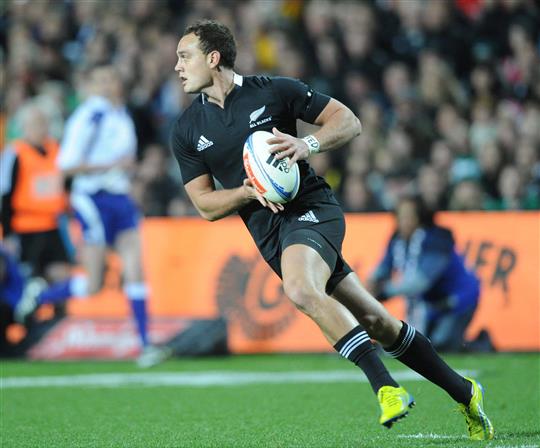 The changes Hansen has made to his starting team have hugely improved the side. The pairing of Sam Whitelock and Brodie Retallick in the second row is the best in the world and a huge improvement on the pairing of Jerome Kaino and Patrick Tuipulotu that took to the field last week. New Zealand’s lineout will be better in defence and attack and the contact aspect of their forward game will improve.

Out back they are also better. Israel Dagg coming into the team at 14 makes them far better equipped to handle an aerial attack from Ireland with booted ball into the 22 for Andrew Trimble and Simon Zebo to chase.

The midfield pairing of Anton Lienert-Brown and Malakai Fekitoa is better than the Ryan Crotty/George Moala axis we saw in the States.

Lienert-Brown provides the perfect foil for Fekitoa as a strike runner, with Fekitoa able to feed off the space the man inside him creates. A much sterner examination for Robbie Henshaw and Jared Payne awaits.

Ireland won’t play an identical game plan this week, not by a long shot. But there will be elements of the game that are similar: scrum, lineout, breakdown and defensive alignment will all be largely similar.

The All Blacks now have a taste of that and can focus on using that knowledge to gain more parity in the basic elements of the game, which will allow them to shine in attack.

Ireland won in Chicago by equalling New Zealand in the set-piece and bettering them at the breakdown. They then scored their points more efficiently with far less time running the ball. But if New Zealand equal or dominate the basic elements this time out they will be virtually impossible to stop.

Rugby
2 months ago
By Donny Mahoney
All Blacks Slated For 'Tone Deaf' International Women's Day Tweet
Rugby
3 months ago
By PJ Browne
Talk From Roy Keane Turned All Blacks Legend Off England Job
Rugby
5 months ago
By Colman Stanley
Joe Schmidt Looks Set For New Coaching Role With All Blacks
Popular on Balls
Football
8 hours ago
By Eoin Harrington
Juan Mata Questions Manchester United Management After Dire Season
Golf
2 days ago
By Gary Connaughton
Padraig Harrington Glad He Didn't Have To 'Make A Decision' On Saudi Golf League
Football
1 day ago
By Gary Connaughton
The Frank Lampard Love-In After Everton's Survival Was Downright Bizarre
GAA
2 days ago
By PJ Browne
'It Came At An Awkward Time. I Didn't Think It Would Be So Bad'