The Champions Cup pool stages have been set and there are mixed fortunes for the Irish teams.

For the first time since the 2016/17 season, all four Irish provinces have made it to Europe's elite competition after a successful season which saw Leinster win the Pro14 and reach the Champions Cup final, Munster make the final four of both contests and Ulster reach the semi-finals of the Pro14 after beating Connacht in the playoffs.

Leinster were the top-ranked Irish team in Wednesday's draw and they were placed in Pool 1 alongside Lyon, Northampton and Benetton. Munster and Ulster were both second seeds, with the southern province being drawn into the group of death alongside Saracens, Racing 92 and Ospreys while Ulster will face Clermont Auvergne, Harlequins and Bath.

Meanwhile, Connacht were selected in Pool 5 with French champions Toulouse, Gloucester and Montpellier.

So how will the four proud provinces of Ireland do in next season's Champions Cup? We've broken down each of their pools below.

Baptism Of Fire For Larkham And Rowntree

There is a lot riding on this coming season for Munster. Graham Rowntree and Stephen Larkham are welcome additions to Johann van Grann's background team but their arrival carries a great deal of expectation. 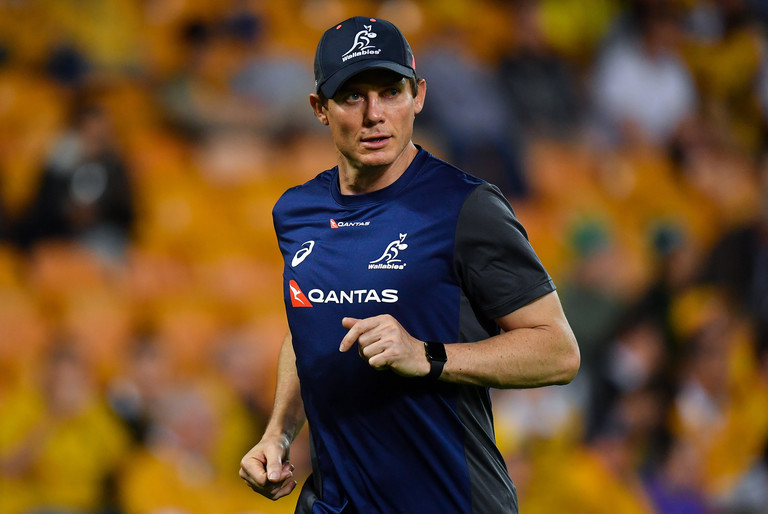 If the fixtures fall so that they are away to either Racing or Saracens in their first two games before a head-to-head with the other at Christmas, it's possible that Munster could be out of Europe before 2019 is out.

The World Cup means there will be very little time for Larkham and Rowntree to work with the province's top stars before the Champions Cup kicks off in mid-November, and a poor showing in Europe will put pressure on the expensively-assembled background team at Thomond Park, especially if Ireland have a poor showing in Japan.

But if Munster can battle their way through what is arguably the toughest group they have ever faced, it could be a new dawn for the men in red.

After difficult pools in back to back years, Leinster will be happy with how this year's draw has gone. Not only have they been left with a favourable group of opponents in Pool 1, but the chips have fallen quite nicely elsewhere.

Munster's misfortune is Leinster's opportunity, with Pool 4 carrying many of the eastern province's rivals for the number one seed in the quarter-finals and beyond. 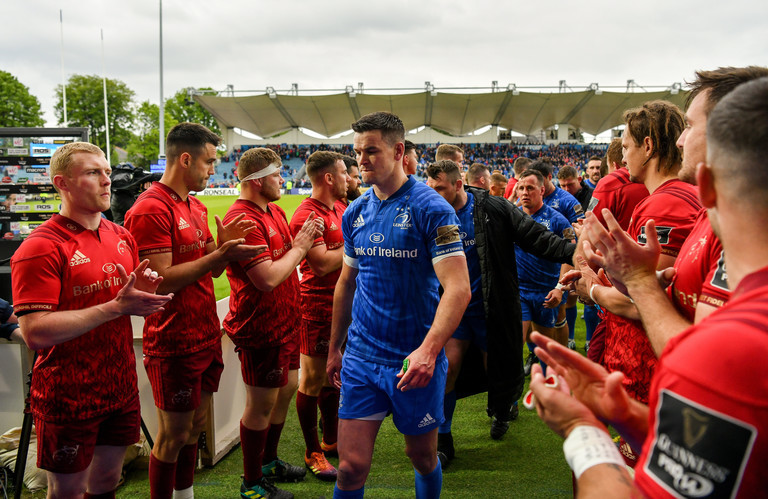 With Saracens, Munster and Racing 92 all likely to take points off each other, Leinster's chances of home quarter and semi-finals grow massively. All three sides boast strong home records and if they can all win their home games, that would mean at least two defeats for each of them.

French champions Toulouse and Premiership runners-up Exeter could still take more points than Leinster, but three of their rivals for the top

Clermont Auvergne will be the favourites but in reality, Pool 3 is wide open. Ulster proved last season that Ravenhill is not a kind place for travelling teams, with Connacht the only team to beat Dan McFarland's men there all season.

The win over Racing to book their place in the quarter-finals and the narrow defeat to Leinster at the Aviva Stadium last season have shown that Ulster can beat anyone on their day and even in a difficult 2016/17 campaign, they managed to hand Clermont their only defeat of the pool stages. 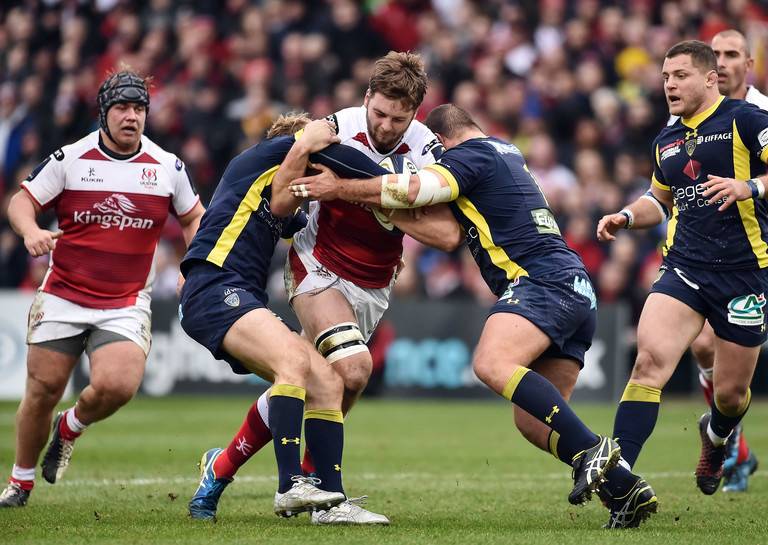 Bath and Harlequins are both on the up but neither team has made it to the knockout stages in the last three years whereas Ulster have won nine of their last 12 group games.

It's been six years since Ulster last topped a European Cup pool with Ravenhill a fortress once more, they've got a strong base from which to end that run.

Connacht will have to perform well in France if they are to book their first ever Champions Cup quarter-final. The western province face off against Toulouse again after the sides were drawn together in Connacht's last appearance in the tournament.

But the French champions are a much different outfit than they were in 2016/17 when Connacht beat them at the Sportsground. 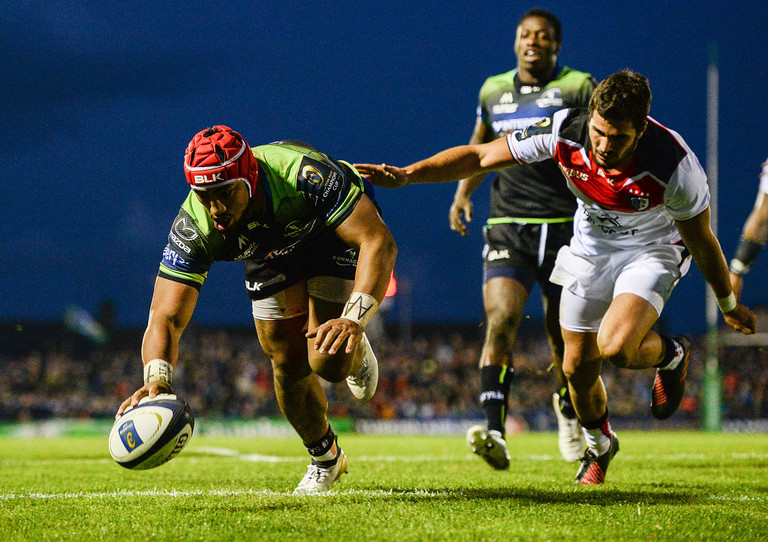 Montpellier are arguably the most dangerous of the fourth seeds from this draw and whether or not they decide to take Europe seriously this season will go a long way to determining Connacht's chances of qualification for the next round.

While the draw has been undoubtedly kind to Leinster on paper, their route to the knockout rounds is lined with banana skins.

Benetton have been the Pro14 champions' bogey team in recent years, with the Italians unbeaten on their last two visits to Dublin, though Leinster have picked up a pair of bonus point wins in Treviso in that time.

Meanwhile, Lyon are a mystery package at European level. In their debut campaign in the Champions Cup last season, they became only the third non-Italian team to pick up no points in the pool stages since bonus points were introduced 16 years ago.

After finishing third in the Top 14 last season, Lyon cannot be underestimated while Northampton are a team in the ascendancy after a few years off the boil.

Read More: Here's What The New Pro14 Reshuffle Means For The Irish Provinces

Rugby
1 hour ago
By Colman Stanley
'If Their 2nd Team Was In The URC They’d Be Top 6': Pundits Heap Praise On Leinster
Rugby
6 hours ago
By Colman Stanley
Leinster Players Dominate European Player Of The Year Shortlist
Rugby
2 days ago
By Colman Stanley
Sexton vs ROG Once More, But Leinster Won't Be Worried After La Rochelle Performance
Popular on Balls
GAA
1 day ago
By PJ Browne
The Draw Has Been Made For Tailteann Cup Opening Rounds
GAA
2 days ago
By PJ Browne
Donal Óg Cusack Defends Dublin Hurlers After John Mullane Criticism
The Rewind
3 days ago
By Eoin Harrington
Watch: Brilliant Dermot Morgan Dublin Segment From 'The Travel Show' Resurfaces
Football
3 days ago
By Eoin Harrington
Alan Shearer Says Roy Keane "Ran Away" From Him After Famous Clash