Despite Falling Short Today, Connacht Are Building Something Special

In a sense, it was fitting that Ulster and Connacht would meet in today's Pro14 quarter-final. The two provinces have both shown immense improvement and growth throughout the season, turning around what looked like much bleaker situations only 12 months ago.

Unfortunately one would have to fall short, and it is Ulster that will play Glasgow in the semi-final.

While their season would ultimately end in defeat, there is no doubting that Connacht are on the right track once again. There have been endless signs of encouragement that the Westerners are on the rise once again.

Under the tutelage of Kiwi coach Kieran Keane, they would win only seven games in the Pr014 last season. A disastrous return for a young side that were supposed be progressing year on year. Keane would depart after only one year of a three year deal, and it looked uncertain as to where Connacht would go from there.

Robin Copeland spoke to Balls.ie last year about Keane's tenure out west. While Copeland was not at Connacht under Keane, but he had been informed by those who had that things were less than ideal during his time in charge.

I don't think KK saw that as much - he wasn't interested in that. That's the feedback I've got.

Since Andy Friend's arrival, things have taken a major turn. Improvements on the pitch have been vast, as well swift. 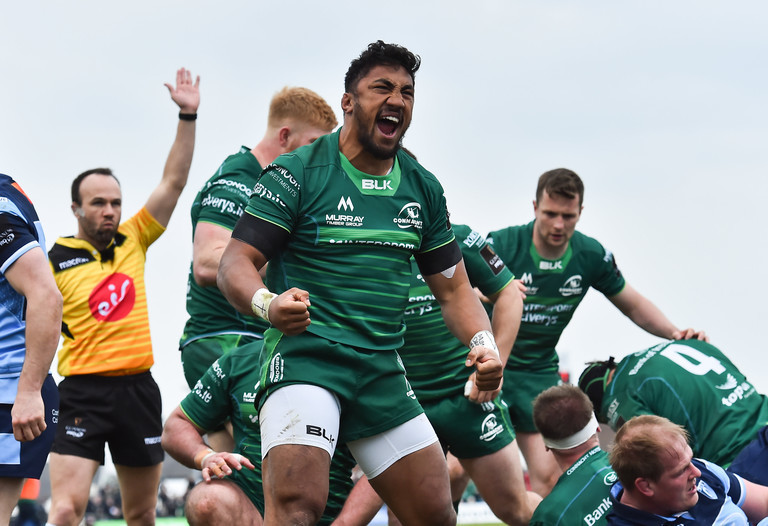 The Australian has Connacht playing an expansive style of rugby, one that allows his players to thrive. We have all seen the improvement displayed by Jack Carty, who has now almost certainly played his way into the Ireland World Cup squad.

But some of the younger players in the squad have shown an even bigger leap in levels of performance.

Caolin Blade has enjoyed a remarkable campaign at scrum half, marshalling the side perfectly when given the opportunity. Such has been his impact that he is now pushing Kieran Marmion all the way for a starting berth, with Andy Friend have to make a tight call on who started in Belfast today.

Paul Boyle has been perhaps the story of the season. In his first year in the senior side, the back-row was named as young player of the year. 21 appearances, five tries, and three man-of-the-match awards this season is no small feat for the 22-year old, who is now one of the biggest rising stars in Irish rugby.

Much of these improvements can be attributed to the culture Andy Friend has built in the team. Players are enjoying their rugby, and it is showing on the pitch. The smiles are back on the players' faces, and they have been accompanied by results.

As Copeland describes it, Friend has cultivated a positive atmosphere:

There's a feeling around the place that he wants to get everyone involved and he's bringing families in and he's bringing staff in. We have to get to know the backroom staff. There's a genuine engagement with the fans in a fun way.

The positive atmosphere in the dressing room emanates onto the pitch. Kingspan Stadium is no easy place to go, especially in knockout rugby. That dynamic becomes even further pronounced when you fall behind early on.

Despite things being stacked against a youthful Connacht side, they plugged away for the whole game. Anytime it looked as though the home side would pull away, it would not be long before they would be reigned back in.

Bundee Aki battled ferociously, and while he may teetered along the lines of legality at times, it was a typically powerful display from the centre. His try exemplified everything about Connacht this season. Chasing lost causes, supporting your teammates, running the thankless lines.

It was ultimately not enough, and Ulster would walk away deserved winners in the end. While Connacht will be no doubt disappointed, they will come away from this one knowing that they are on the right track once again.

Andy Friend has made sure of that. If his goal was to build a culture at the Sportgrounds, he has certainly achieved it. Now, we have to see how far it will take them.