Connacht snatched a remarkable victory from the jaws of defeat with two tries in the final six minutes against a shellshocked Gloucester in Galway as the game finished 27-24.

It looked set to be a hugely frustrating afternoon for Andy Friend's outfit until Shane Delahunt scored in the 77 minute to give them a chance at one final attack. As the clock turned red, Robin Copeland broke upfield to secure an incredible win for the home team. 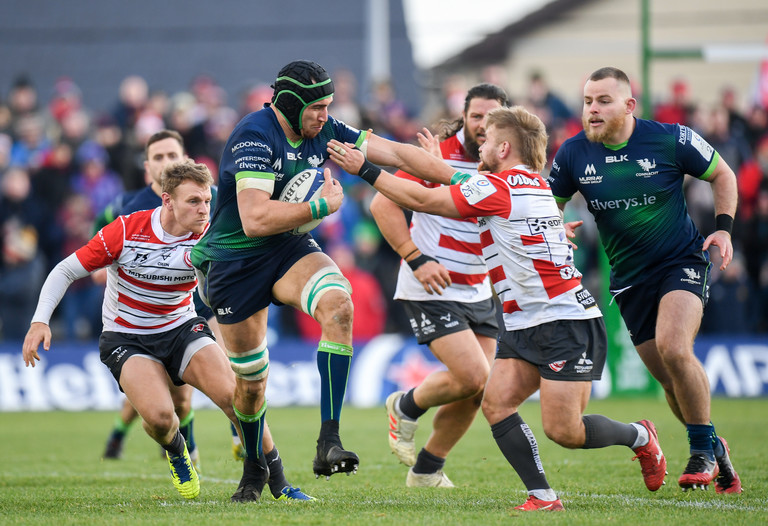 Despite dominating possession and territory, Connacht found themselves trailing just after the hour mark as Gloucester scored four tries. Yet they showed immense spirit to rally late on.

It was win or bust for @connachtrugby and in the last second they pulled out a win!@robocopey puts the finishes touches on a fine team try and it's party time in Galway ? pic.twitter.com/xKOOfoOIxD

This place has gone bananas!

Just sensational lads!! As you can see our hands are still shaking ?? pic.twitter.com/7JfQU1YLc0

The results mean they are still in with a fighting chance in Pool 5 but will need to win their final two games against Toulouse and Montpellier.

Rugby
6 days ago
By Balls Team
Where To Watch Leinster Vs Saracens: Champions Cup TV Details
Previous Next