The Andy Farrell era looms large for Irish rugby with Ireland versus Scotland less than two months away. A clean slate offers hope for several players vying for an opportunity. One such spot is at scrumhalf, which suddenly does not look as obvious as it did twelve months ago.

The World Cup fiasco, injuries, eligibility and drastic shifts in form for several prospects ensure there is now a hotly contested race for the number nine shirt. Here are the main contenders for the spot. 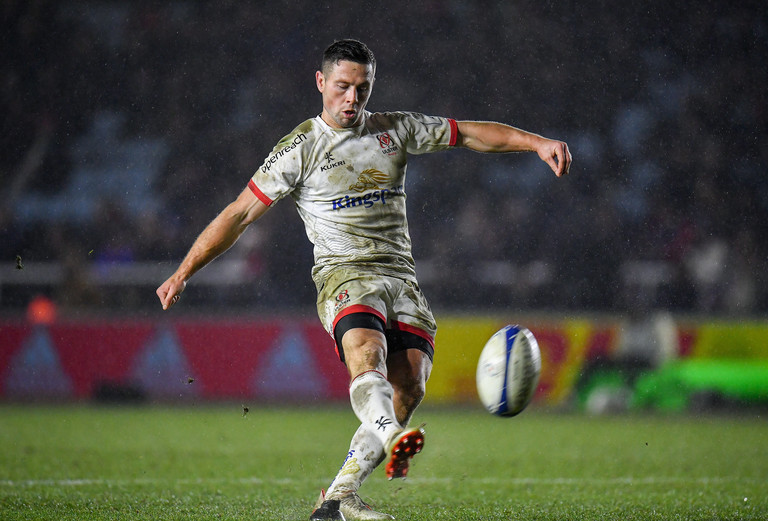 If Andy Farrell was to select his team on form today, there is no doubt the Ulster man would be picked. His performances since September have been nothing short of outstanding and he brings a huge versatility to the role both with his place-kicking and speed of ball.

On Friday night he finished with 19 points including two tries and yet another Man of the Match award as Dan McFarland's outfit overcame Harlequins in the Champions Cup. The leading candidate heading into a crucial Christmas. 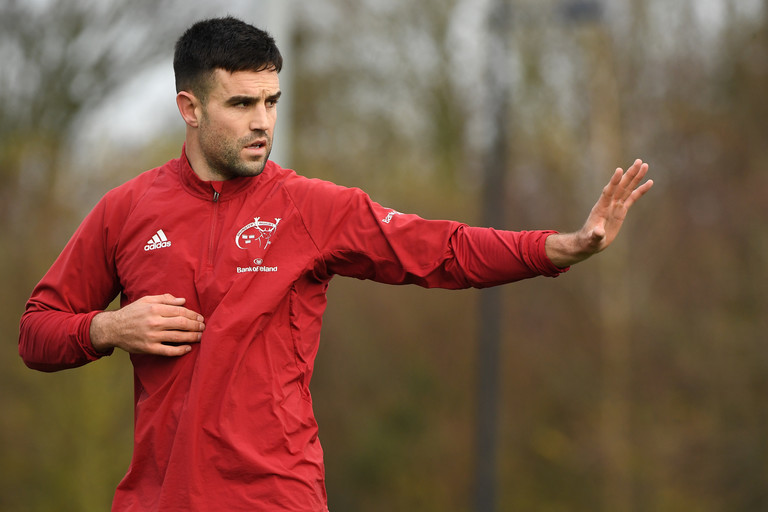 2019 did not bring the same heights as the year previous for the Munster man who is still yet to fully click back into top gear. Murray has given glimpses of his best in recent weeks but is slight hesitancy and inaccuracy remain. While conditions did not help, his second half against Saracens last week would have been a source of frustration.

He rarely snipes anymore and is often content to get to the base and diligently shift ball wide. If Cooney has everyone playing to his beat, Murray seems to be trying to find his own rhythm. Make no mistake, he remains the most talented scrumhalf in Ireland and does seem to be improving as the weeks wear on.

Well able to respond to the fight he faces for his jersey. 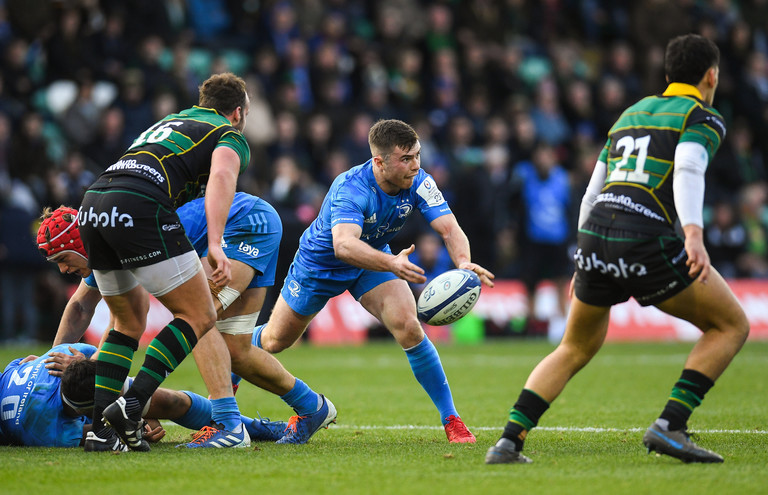 It was a surprise to see Leo Cullen opt for McGrath off the bench last week against Northampton. This week, he starts alongside Ross Byrne in the halfback pairing.

McGrath has plenty of experience in the Ireland squad and has noticeably improved certain aspects of his game that Farrell will appreciate. It was striking to see his defensive shift against Lyon last month where he finished with eight tackles, none missed, the second-highest of any Leinster back.

Competition in the province is healthy but McGrath must make the most of his chances between now and February in a bid to stake his case. 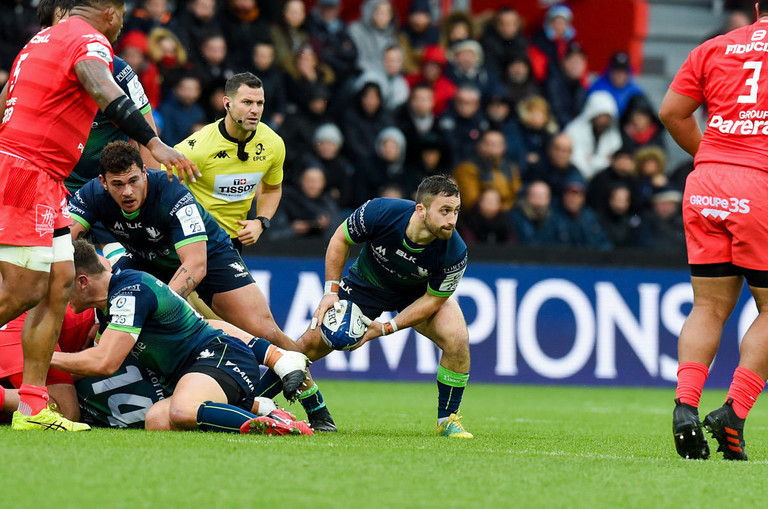 It came as a surprise to some when the uncapped Connacht man made the Six Nations squad last year but if anything, his form has only improved since then. Blade has most the most of Kieran Marmion's absence over the last 24 months and brings a running game that few can match.

He clearly holds himself to high standards as was evident from his frustration at a wayward box-kick last week and Connacht coach Andy Friend has spoken publicly about the huge amount Blade brings as a leader as well.

"Bundee said if I didn't pass he was going to give out to me."

A try to cap a Man of the Match performance on a great day for @connachtrugby ? pic.twitter.com/7o4TIPUCKX 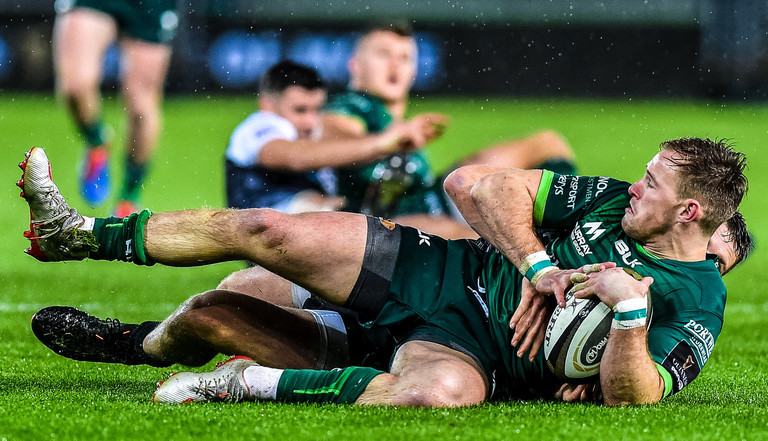 It has been a crazy twelve months for Kieran Marmion. Last December, he was coming off the back of a magnificent showing in victory over New Zealand and looked destined for a World up spot. However, he was then excluded, then got injured and on top of it all, his contract saga played out publicly.

Marmion has agreed a new deal and while he hasn't had much game time due to injury, he did look sharp last month in the Pro14. 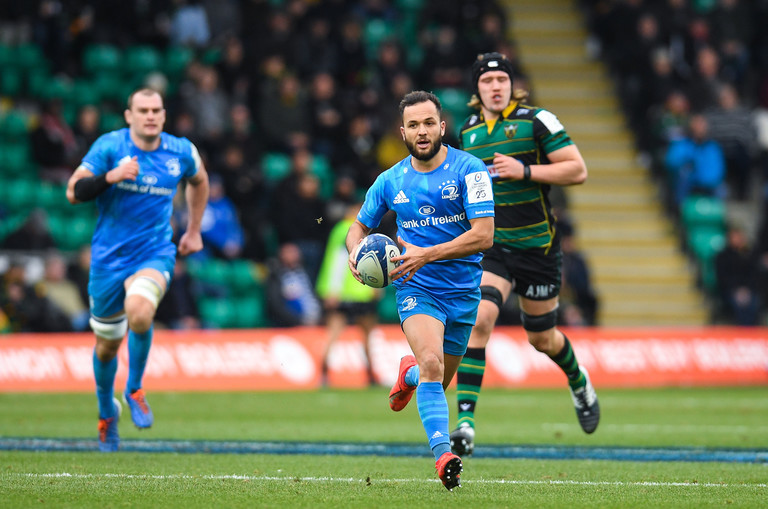 Gibson-Park recently became eligible for Ireland and his break in the buildup to Rhys Ruddock's try last week was impressive. However, the 27-year-old has little exposure to the Irish camp and faces a tough battle for the starting spot at Leinster.

SEE ALSO: How Andy Friend Is Building A Key Relationship For The Future Of Connacht Rugby

Rugby
1 week ago
By Maurice Brosnan
'What Else Could He Do?' - Ferris Highlights Two Key Omissions From Ireland Squad
4