Ten matches across the Champions Cup and Challenge Cup for this weekend have been postponed as the omicron variant causes more trouble across Europe. With France forbidding travellers from the UK entering its jurisdiction, all matches between French and English sides have been called off due to "exceptional circumstances".

The news came hours after Leinster-Montpellier, Ospreys-Racing and Pau-Saracens were all called off due to covid outbreaks, as Leinster, Ospreys and Saracens all had to swallow 28-0 walkover defeats.

In a statement released by the EPCR today they have said:

Following a meeting of the EPCR Board today (Friday, 17 December) it has been decided that due to current exceptional circumstances, Round 2 matches in the Heineken Champions Cup and EPCR Challenge Cup between French and UK clubs scheduled for tomorrow (Saturday) and Sunday are postponed.

Therefore, the intention is to reschedule the following Round 2 fixtures to a later date:

While we sympathise with sports administrators trying to work in pandemic times, the EPCR have made a mess for themselves here. The English calendar is full enough as it is and it looks near impossible for clubs to squeeze in a vital European match in. The messaging from the EPCR over the last few weeks is that European fixtures cannot be rescheduled because of the tight fixture calendar. For that reason, Munster fielded a XXIII last week that included 10 academy players. However, less than 24 hours after Leinster were forced to forfeit their match against Montpellier, the EPCR decided the Angl0-French fixtures could be replayed.

Meanwhile Leinster, Ospreys, Saracens and Scarlets (who had their match called off last week) can feel hard done by today's decision as it looks like they won't be getting the chance to play their games and have been handed 28-0 defeats.

The EPCR's argument is that the Leinster, Ospreys and Saracens fixtures were cancelled due to outbreaks in the respective camps, unlike the 10 matches postponed today due to travel restrictions. However, it does appear that Leinster have a cause to feel aggrieved. Yesterday, the EPCR said it was giving bonus point win to Montpellier "as a tournament management measure with the objective of ensuring that all fixtures in the 2021/22 Heineken Champions Cup are accounted for."

Today, the EPCR says "the intention is to reschedule the following Round 2 fixtures to a later date".

It will certainly be tricky.

'the intention is to reschedule the following Round 2 fixtures to a later date'🧐 pic.twitter.com/MXPI4qG6AA

Last night, Leinster released a statement expressing their disappointment with the EPCR's decision to award Montpellier the victory.

🔵 | The #LeinsterRugby team management have expressed their disappointment at the decision of EPCR to award a 28-0 win to Montpellier. 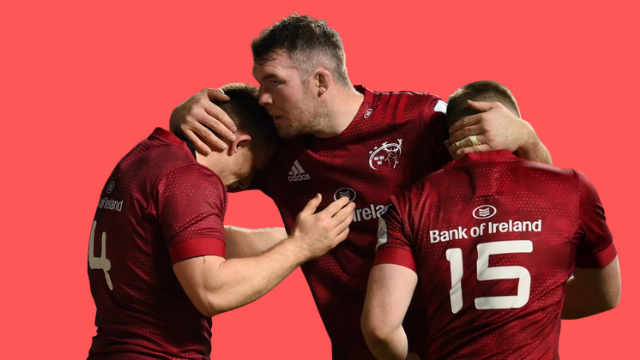