"I didn't do lineouts last week, but I jumped for the first time yesterday," says Devin Toner.

The big second row is on the cusp of returning to full fitness following the knee injury which he suffered during Leinster's Pro14 semi-final win against Munster last month.

It was an injury which had Irish fans briefly biting their nails. In his career, Toner has gone from beanpole lineout option certainty to so much more. Ireland at a World Cup without him and his astute lineout calls would be an Ireland less likely to progress further than they ever have before.

"I can't really do contact or mauls yet, but after next week I'll be grand then."

Toner and his international teammates are currently amid their second week in Irish pre-season training. 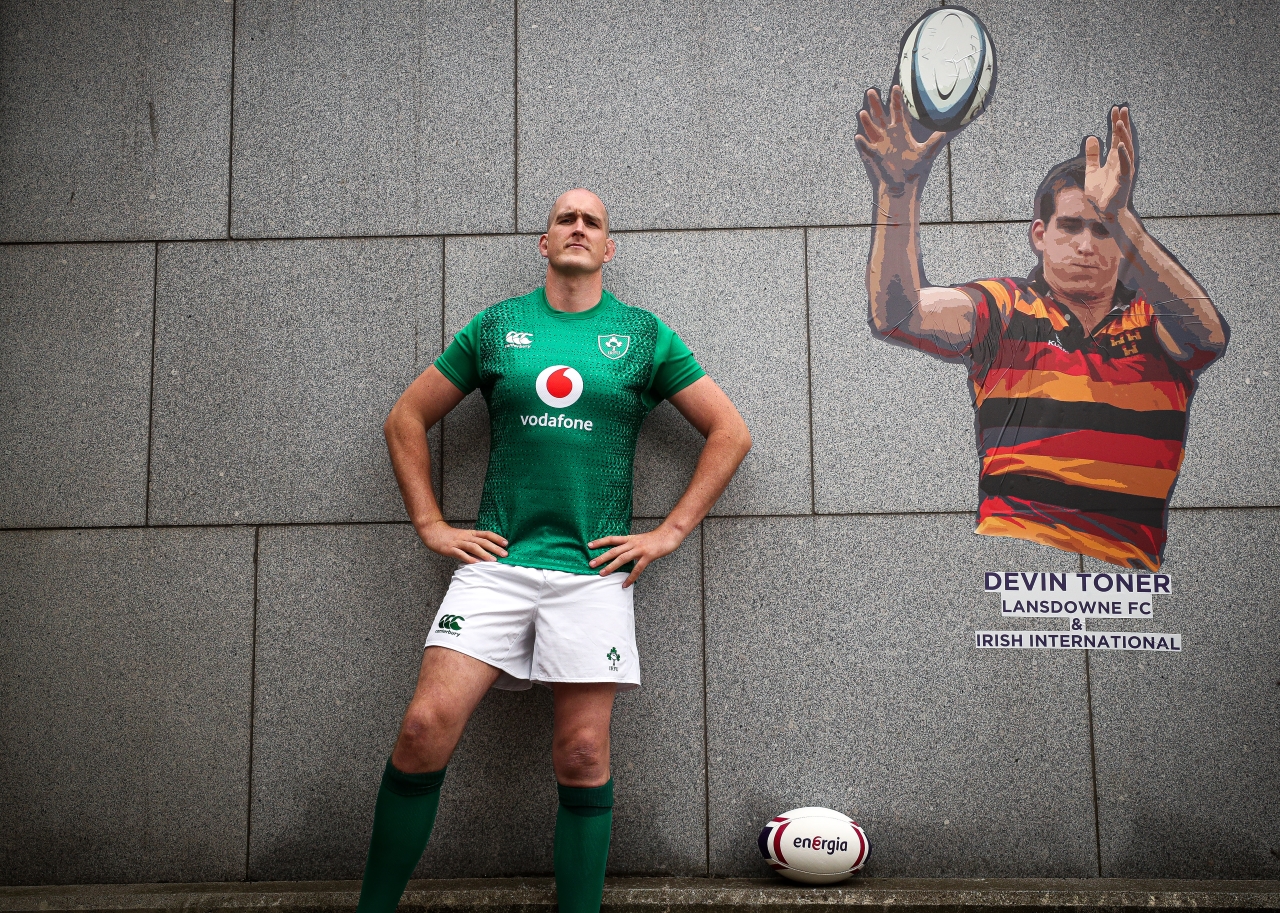 Following the end of this week's camp, players will have a break. Some will head off on holiday, some will stay at home. Many will have their own bits to work on.

We're doing conditioning and running, doing a bit of D, tackling and everything. I was talking to Simon [Easterby] on Monday and said 'When are we doing line-outs?' 'Tomorrow!’

Usually you get a week or two before you get into rugby stuff. But obviously we want to get everything in.

The World Cup just months away, Toner was briefly worried as he left the pitch during that game against Munster.

"It does go through your mind - I had never done my knee," he says, speaking at the launch of Energia's official partnership with the IRFU.

"I heard a bit of a pop, but because I was able to walk off and the lads knew early enough it was a medial [ligament] - loads of lads have done it before - they said 'yeah, five or six weeks'."

It was the second injury which he sustained this season. He played just one game of this year's Six Nations due to an ankle problem. The ankle had accumulated ten years of damage and required attention.

"I'd rolled it a few times, y'know. I've done ligaments once or twice. That's basically it. There's a few loose bodies they had to take out, that was all.

After a disappointing Six Nations, fresh ideas and perspectives are being thrown around the Ireland squad. There are also new faces in the 44-man group. One of them, Munster's South African-born second row Jean Kleyn, is in Toner's department.

"It's good having everyone in, having not seen them for a while," says Toner.

It's weird starting your pre-season in camp with everyone, but it's a nice place to be.

Yeah, I didn't think he was so young. He's like 24, 25 (he's 25). He's mad, we did a rowing (drill/competition) and he smashed the rower. He's a big strong boy and proving to be a very good player, and he's fitted in seamlessly.

The Meath man knows this year is likely to be his last dance on the world stage.

"I think I realise I don't have many more left in me, to be honest. I'm just going to enjoy it as much as I can and play as well as I can.

"I don't see me being involved in the next World Cup. I'm pretty sure that if I'm involved [this year], it will be my last World Cup. It does add some specialness to it."

Energia, one of Ireland’s leading energy suppliers, today announced its official partnership with the Irish Rugby Football Union (IRFU). This five-year partnership will see Energia become Official Energy Partner to Irish Rugby and title sponsor of both the Men’s and Women’s All Ireland League (AIL) competitions.

See Also: The 5 Biggest Takeaways From The Champions Cup Draw For The Irish Provinces

Rugby
1 year ago
By Emmet Bradshaw
Horgan And Williams Divided On Devin Toner's Inclusion Against England
Rugby
2 years ago
By PJ Browne
'He Rang Me On The Sunday Night, I Saw His Name Come Up And I Couldn't Believe It'
Rugby
2 years ago
By Maurice Brosnan
Who Is Next In Line? Ireland's Options As Schmidt Sweats Over Jordi Murphy
Previous Next

Rugby
1 year ago
By Emmet Bradshaw
Horgan And Williams Divided On Devin Toner's Inclusion Against England
Rugby
2 years ago
By PJ Browne
'He Rang Me On The Sunday Night, I Saw His Name Come Up And I Couldn't Believe It'
Rugby
2 years ago
By Maurice Brosnan
Who Is Next In Line? Ireland's Options As Schmidt Sweats Over Jordi Murphy
Popular on Balls
The Rewind
1 day ago
By Gary Connaughton
Quiz: From Which Irish County Did This Company/Product Originate?
GAA
6 hours ago
By PJ Browne
Insane Drama As Late TJ Reid Goal Sends Ballyhale Into All-Ireland Final
The Rewind
2 days ago
By Jonathan Byrne
The Story Of Meat Loaf's Tour In Ireland During The Troubles Is Remarkable
Football
5 hours ago
By Jonathan Byrne
Roy Keane Enjoyed Dig At Harry Kane For Referee Bias Being 'England Captain'