OPINION: Why You Shouldn't Vote For The Irish Rugby Team As Sports Team Of The Year

Not much divides sports fans like awards season. Everyone has an opinion on what constitutes success and comparing relative success across sports is a next to impossible and entirely subjective task.

In a year with so much Irish achievement, Saturday's RTE Sports Awards have already created more debate and controversy than normal. The Sports Team of the Year award could yet create the most debate. After all, it was a year when the Irish rugby team beat New Zealand for the first time, and indeed all three southern hemisphere powerhouses. It was a year when the Irish football team made the knockout stages of the European Championships, a year Connacht won the Pro-12 and Dundalk made the group stages of the Europa League. It was the year of the O'Donovans and another incredible Paralympic team. It was the year of the Dublin men and the Cork women, and a year that Tipperary dominated the hurling championship from start to finish.

Balls.ie contributor John Dodge is among those who doesn't want to jump on the rugby national team bandwagon, and points to a recency bias in the claim to the award. 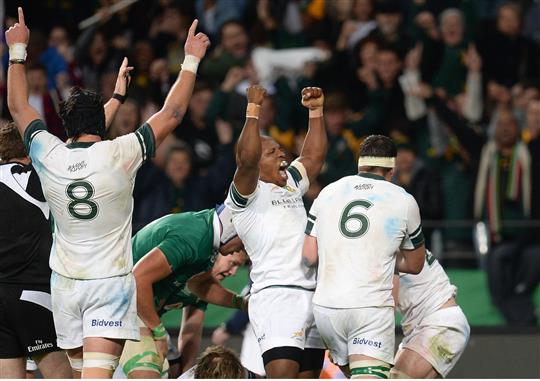 The argument I’ll make in this article isn’t that the Irish rugby team had a poor year (as that’s nonsense); it’s that they didn’t have a full year good enough to be crowned the Sports Team of the Year on Saturday's RTE Sports Awards.

The argument for voting for the rugby ream seems to hinge around the unprecedented three victories over South Africa, New Zealand and Australia. That’s absolutely a fine accomplishment, and Irish rugby has every right to be proud of it.

However if you take those victories away, the national team only won three of the other nine games played this year. Those three wins were at home to Scotland, Italy and Canada (by some distance the three worst sides Ireland faced in 2016).

If the award is to celebrate the achievements of a team in a calendar year, how can defeats to England, France, New Zealand and South Africa (twice) be discounted? Ireland started 2016 with a home draw against Wales, followed by a defeat to France. That same French would go on to lose every Six Nations game after that.

So let’s look at the facts;

Irish rugby has moved on from moral victories.

In 2014 and 2015, we won the Six Nations Championship. In 2009, we won the Grand Slam. Those are far greater achievements than the team achieved throughout the whole of 2016.  They finished 3rd in 2016 and lost a three game series in South Africa. Irish rugby should be bigger than treating that as heroic. 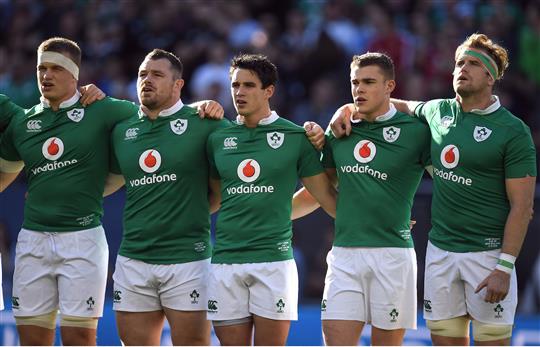 Lets look at the other nominees for comparison.

RTE Sports Team of The Year:

Won their 6th consecutive All Ireland championship, and their 11th in 12 years.

Back-to-back winners of both League and All-Ireland Championship. Didn't lose a meaningful game all year.

An incredible haul of two gold, two silver and one bronze medals

Another incredible haul of two gold, two silver and one bronze medals

Won their first All Ireland championship in 22 years

Reached last 16 in their first ever European Championships.

The O’Donovan brothers – Paul and Gary:

Last 16 in the European Championships followed by an unbeaten, table-topping start to World Cup qualifying and their first major away qualifying win since 1987.

Won the All Ireland title for the 2nd time in 7 years. 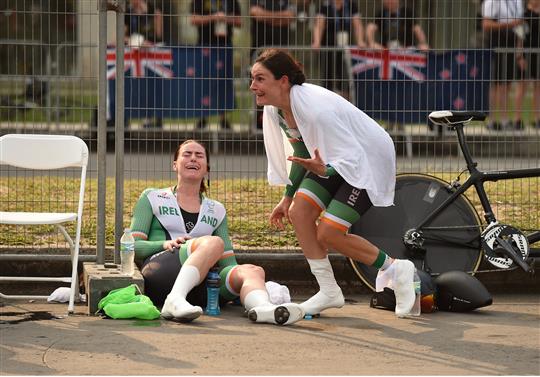 There have been genuinely historic achievements there by three football teams and our Olympic and Paralympic athletes. The dominance in Gaelic football by Cork and Dublin merits serious consideration too. I’d even argue that Connacht’s Pro 12 title, and their exciting European runs, make them a stronger rugby candidate for this award than the national team.

If you’re voting for this award, all I can ask is that you weigh up the merits of all teams over the course of a year. I don’t see how it can be argued that the rugby team’s results have greater merit than the national football team. The Olympic and Paralympic athletes have proved to be among the world’s best.  Let’s celebrate greatness by not voting for a team that, by its own standards, has had an average year.

Team of the year

Rugby
2 years ago
By Maurice Brosnan
Watch: Dallaglio And Healey Take Two Irish Players Out Of 'Team Of The Year'
Rugby
3 years ago
By Maurice Brosnan
No Irish Player Makes L'Equipe's Rugby Team Of The Year For 2017
Popular on Balls
The Rewind
7 hours ago
By Gary Connaughton
The New Friends 'Reunion' Sounds Like It Will Be A Painful Watch
Football
23 hours ago
By Fiachra Gallagher
This Interview From 2001 With Roddy Collins And Stephen Kenny Is So Awkward
Football
19 hours ago
By Gary Connaughton
Roy Keane Questions Henderson & Fred Quality After Liverpool Loss