How To Watch Leinster Vs Cardiff In The URC

Leinster play their first URC match in eight weeks this weekend when they travel to Wales to take on Cardiff at Cardiff Arms Park. Leinster have come back from their extended Covid break with two high scoring victories and with no matches for 3 weeks because of the Six Nations, they'll want to keep the momentum. Here's how to watch Leinster vs Cardiff and team news.

How to watch Leinster vs Cardiff

Leinster take on Cardiff on Saturday 29th January and kick off is at 7:35pm.

Lastly you can watch every game live or on demand on URC TV.

📢 | Here is your #LeinsterRugby team to take on @Cardiff_Rugby tomorrow in the #URC! 🙌

Leinster came back after their Covid outbreak in explosive fashion. Firstly they annihilated Montpellier 89-7 in the RDS and a week later they travelled to Bath to trounce them 64-7 at the Rec. While neither opposition were up to scratch, Leinster were still brilliant. They were clinical and ruthless as they finished the pool stages in fourth place. Leinster still sit in second in the URC with a game in hand on leaders Edinburgh, so they need a victory if they are to regain top spot.

There is a few bits of injury news for Leinster as Jordan Larmour, Tadhg Furlong, James Ryan and Josh van der Flier all picked up knocks and will be assessed by the Irish rugby medical staff but are expected to still be fit for the Six Nations.

Cardiff sit in mid table at eleventh in the URC. They've been alright this season but nothing too special. They too missed a lot of rugby due to Covid, playing only 4 matches since the start of December and they haven't won a game on the pitch since October. They did however get handed a 28-0 win over defending European Champions Toulouse last weekend which lead to some funny tweets congratulating the team on victory.

Quality win lads defence was unreal especially the last 10 mins. 4 try’s away from home to the European champs 👌🏻 https://t.co/nLd3pQ7fa0

See Also: Yesterday Was Not The First Time Wayne Barnes Sent A Player Off For Getting Lippy 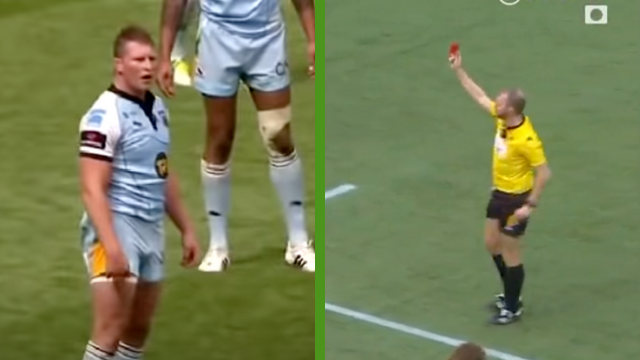