How To Watch Leinster Vs Connacht: Match Preview

Leinster face another tough challenge this weekend as they go up against Connacht in the URC. The defending champions suffered their first loss of the season against a motivated Ulster side last time out and will be looking to bounce back. Connacht on the other hand have started to look really good and are gathering momentum at the right time. Both sides are capable of playing exciting rugby, so it should be a good watch. Here's how to watch Leinster vs Connacht and a match preview.

How to watch Leinster vs Connacht

Leinster vs Connacht is on Friday 3rd December and kick off is at 7:45pm.

You can watch the match live or on demand on URC TV.

Leinster were shocked at home last Saturday when Ulster came down and won 20-10, handing Leinster their first loss of the season. Ulster dominated the breakdown and were more physical than Leinster. Leo Cullen called it "a good kick up the arse" for his team and they won't want a repeat of that performance this weekend.

🏉 | Here's a reminder of your #LeinsterRugby team that will take on Connacht in Round 7 of the #URC tomorrow. 💪#LEIvCON #URC pic.twitter.com/hnWp62WpfF

Leo Cullen has named a very strong team ahead of the Connacht interpro. Cian Healy, Ryan Baird, Caelan Doris, Josh van der Flier, James Lowe, Hugo Keenan and Garry Ringrose all play in their first match after the international break. Youngsters Dan Sheehan and Harry Byrne get a start while Josh Murphy could make his 50th cap for Leinster off the bench.

Connacht were magnificent on Friday night against the Ospreys in Galway. In the almost horizontal rain Connacht played their expansive passing rugby and scored six tries in a bonus point win. They've certainly impressed this season and seem to get better week by week and could be peaking just in time for the trip to Dublin.

Oisin Dowling, Eoghan Masterson and Peter Robb come into the starting lineup while the mercurial talents of Jack Carty and Mack Hansen stay in the team. Keep and eye out for Conor Oliver as it could be an oppurtunity for the back rower to impress on the big stage against internationals like Doris, Ruddock and van der Flier.

Three changes from last week with Dowling, Masterson and Robb coming into the starting XV.#LEIvCON #URC 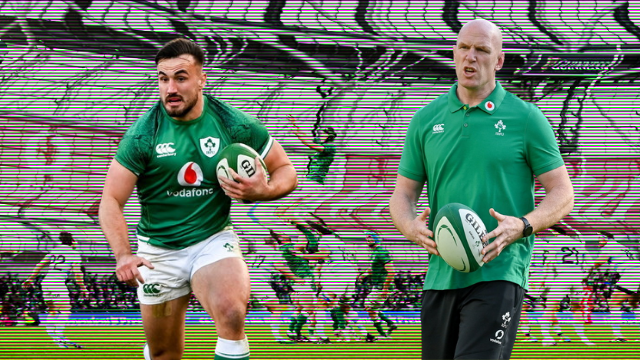