'It Was Carnage' - The Day That Forged Ireland's World Cup Anxiety

Any investigation into the lingering angst surrounding the Irish rugby team ahead of the upcoming World Cup must start with 2007. Here lies the dawn of the nationwide nausea, the birthplace of quadrennial anxiety.

The battle of Bayonne. It was an ominous forewarning of what was to come. As Ireland prepared for the 2007 World Cup in France, the remarkable decision was made to hastily-arrange a friendly against a local regional club three weeks before the tournament.

Not only were Bayonne part of the host nation, but Ireland were drawn in the same pool as France and seen as their primary rivals. It was only ever going to end one way.

"Carnage," recalls matchday referee Wayne Barnes. Speaking at the preview of the World Cup 2019 with Emirates, the Englishman is still perplexed at the arrangement of the fixture 12 years on. 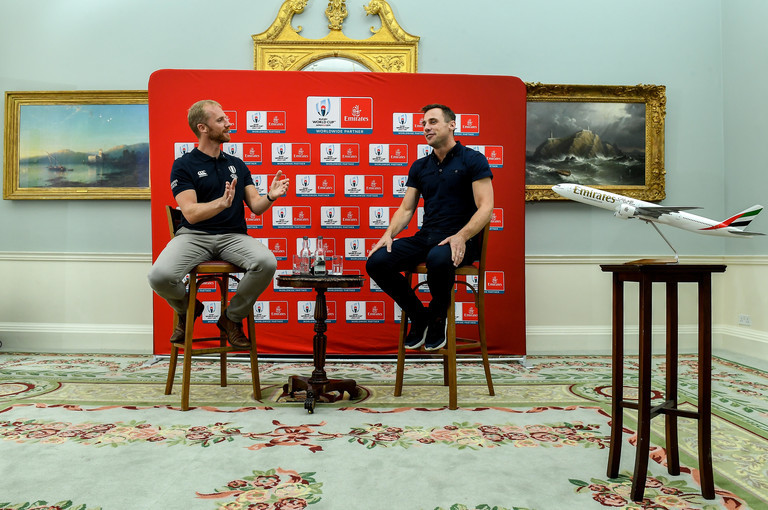 "It was only about two weeks before the World Cup started. It was quite an interesting appointment when the list came through you saw Ireland versus Bayonne. I thought 'aren't Ireland playing France in a major game?' This is going to be interesting."

Neil Best would later call it the dirtiest game he ever played in. In his autobiography, Brian O'Driscoll described a French side "more interested in kicking the shit out of us than putting points on the scoreboard".

Barnes explains he had not been helped by the hand he was dealt, with little help available to the referee on the day.

The two touch judges from the local referee society spoke very limited English. All of a sudden, you would run away from one breakdown, you would be looking over here and over there was a big scuffle on the floor.

People were saying 'what is going on?' and I was like 'I don't know. I'm trying to look here and something is happening here.' These were the days before TMOs. It was a strange, strange fixture.

Eddie O'Sullivan included some extra bodies in his squad during preparations. One of them was Tommy Bowe. The former Ulster winger still vividly remembers that ill-fated game and the punch that nearly ended Brian O'Driscoll's tournament before it began.

"I was over there as an extra member of the squad, didn't travel on that World Cup. I remember Eddie O'Sullivan sent me on to the pitch and I thought, 'this is great. I got picked ahead of Brian Carney.' I didn't realise I was just sent on as cannon fodder."

"I remember Brian O'Driscoll talked about it... He was captain and he tried to come up (to the referee) and said 'you have to stop it. You have to figure it out.'

"You (Barnes) said 'what do you want me to do? You guys arranged this fixture. I have to referee it.' There was no refereeing what was going on at some of those rucks." 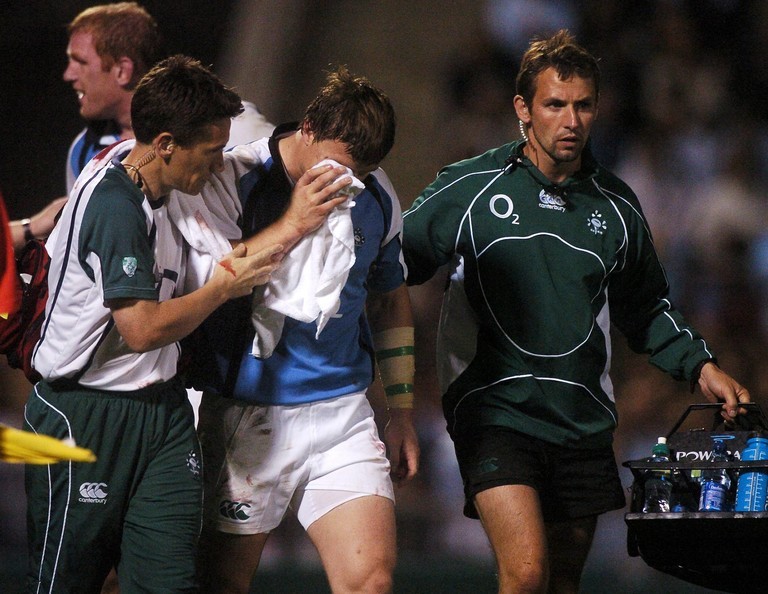 But what was the rationale behind the fixture in the first place? In his autobiography, ironically titled 'Never Die Wondering', Eddie O'Sullivan admitted partaking in the tie was a mistake.

Sensing we needed some more game time, I accepted an invitation to play the local side, Bayonne. This was a mistake. With one of their key players, former French international Richard Dourthe, setting the tone through some prep-match verbals, they proved absolutely filthy.

There was a point in the game where I remember thinking to myself, 'This is fucking lunacy!' I couldn't wait for it to end.

He went on to describe 'words' with referee Wayne Barnes. The rugby official still recalls that but it reluctant to reflect on it.

"We had a chat afterwards. It would not be fair to tell you what Eddie said. I pointed out 'this was the game ye arranged and I was sent to do it'."

A punch from New Zealand-born Makeera Tewhata resulted in a fractured sinus for O'Driscoll and a lengthy ban for the lock. Then FFR president Bernard Lapasset was appalled after the game and set up an inquiry while at an official RWC function in Paris, French manager and captain, Joe Maso and Rafael Ibanez, labelled the incident 'a disgrace'. 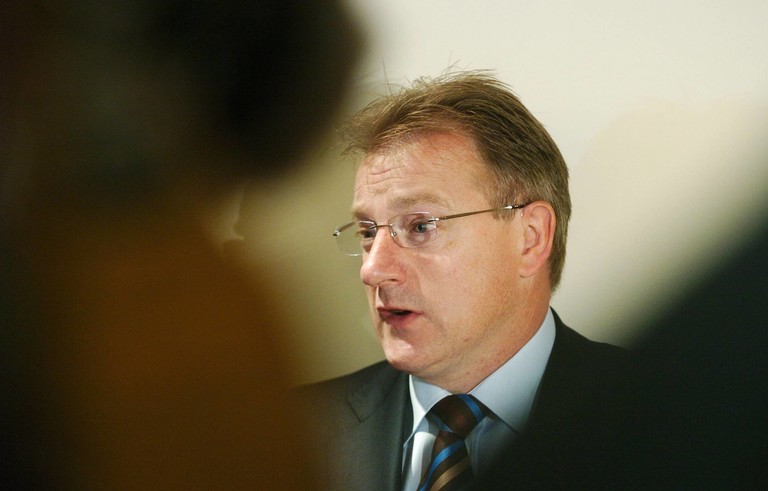 But that would not be the last Barnes would see of Tewhata.

It was a Kiwi lock who got cited and got quite a hefty ban from it. My first game in the World Cup in '07 was Italy versus New Zealand in Marseilles. I was there the morning of the game having my eggs on toast and I felt a big paw on my shoulder. I looked around and heard 'Barnsey, you remember me?'

It was the lock. He said 'I'm still banned. This is why I can come to watch the game today.'

The affair was indicative of what came and was to come. Chaos crept in. Eventually, an undercooked squad underperformed.

France went on to make a semi-final, Ireland collapsed and failed to make it out of the pool. History that continues to haunt the team, casting a World Cup shadow yet to be escaped.

Wayne Barnes and Tommy Bowe were speaking at the World Cup preview with Emirates. Emirates first sponsored Rugby World Cup 2007 in France, then became a Worldwide Partner for RWC 2011, 2015, and now the tournament in Japan 2019.

SEE ALSO: The Reasons To Leave Devin Toner Out Of The Ireland World Cup Squad

Rugby
5 years ago
By Gavin Cooney
Peter Stringer Offers An Interesting Insight Into The 2007 World Cup Calamity
Popular on Balls
Football
1 day ago
By John Dodge
These Are The Irish Footballers Who've Received Ballon D'Or Votes
Rugby
7 hours ago
By Colman Stanley
Jimmy O'Brien Announced His Arrival On The Biggest Stage This Afternoon
The Rewind
11 hours ago
By Gary Connaughton
Quiz: From Which Irish County Did This Company/Product Originate?
Football
14 hours ago
By Gary Connaughton
Carragher Reveals Unhappy Instagram Message From Lionel Messi After MNF Comments