The importance of a lineout is never more apparent than when it malfunctions. Four England tries came from a lineout; two on Irish feeds, two on their own.

Steering the set-piece is a fine art and while five losses on fifteen feeds will rightly result in scrutiny on the thrower, blame also lies with the caller. Practise is paramount but the most important thing is to play what is in front of you.

Writing in his autobiography, Paul O'Connell's analysis of the 2000 Heineken Cup Final loss against Leicester remains essential: "We were still calling lineouts from the front, going through a list of calls, rather than checking where they were defending and basing our decisions on that." 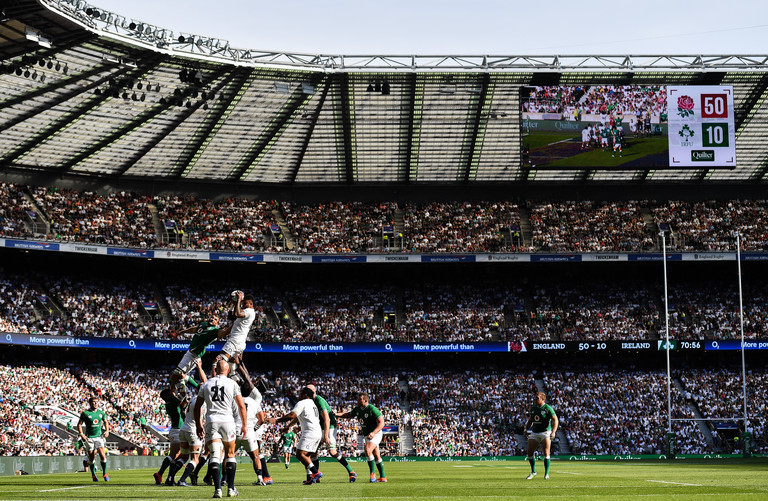 2019 has seen Ireland's lineout success rate dip below 90% but only just, it currently stands at 88%. England's total is slightly better at 92%. In general, Joe Schmidt's side are strong at the set-piece but when it dips familiar failings continually crop up.

In the aftermath of the weekend's showing the Irish boss was highly critical yet did add that their start provided a slime silver lining: “I thought there was a little bit of positive in the first quarter. It was tight in that first quarter. Obviously, when we went to 10-8, there was a bit of promise there."

That is true for several aspects of their performance and there is no doubt fatigue after a week-long intensive warm-weather training camp was a factor later in the game but that is not the case for the lineout, which wobbled throughout that opening period. Three of their first five went awry.

When you compare how England adapted on their own throw versus Ireland, it tells a tale.

Eddie Jones places huge value in the physical conditioning of his side. In the entertaining England rugby documentary series, 'Rising Sons', he mentioned it in their very first meeting.

The main thing that has happened is that you have come in excited. Everyone looks like they want to win the World Cup. You can see it in your eyes. You are excited about it. You want to do it. You want to do something great. The second thing is all your body compositions are really, really good. I have never seen it in the four years I am here.

Like their Six Nations meeting, England embodied that conditioning with a ferocious start and full-throttle tempo throughout. Within the first two minutes, they took a quick '22 drop-out and Kyle Sinckler fired a quick lineout. 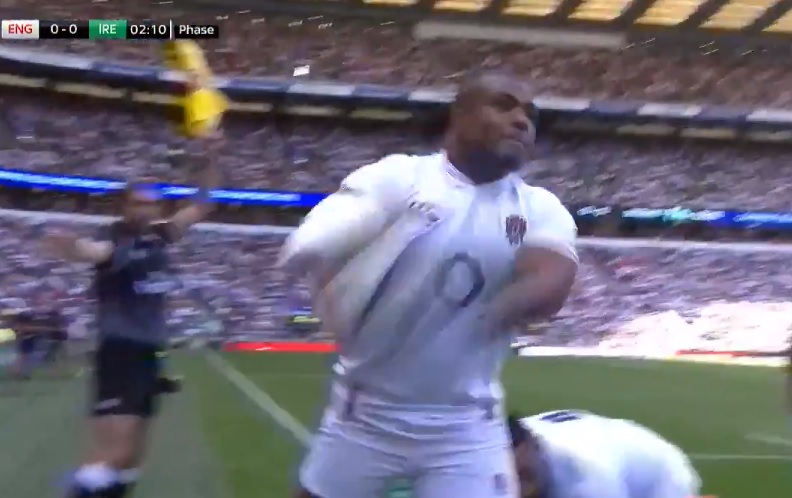 They then enjoyed the next two lineouts and went with a seven-man commitment and the same call twice. The first time, George Kruis caught clean ball but Iain Henderson managed to rob ball and it led to the opening try.

Henderson leans in and steals the ball from the English maul. 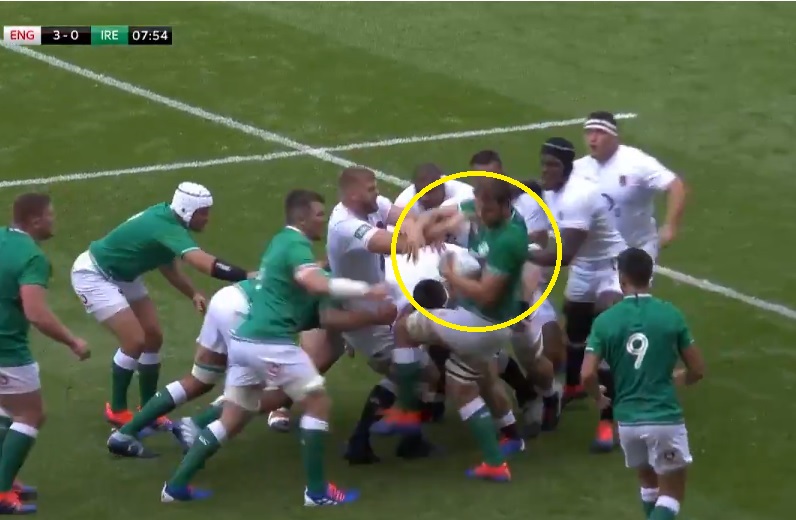 They used the same call again and once more Henderson competed. The ball was not clean, so they reacted and changed it up the next time.

Kruis knocks the ball back for Young but it is not clean. 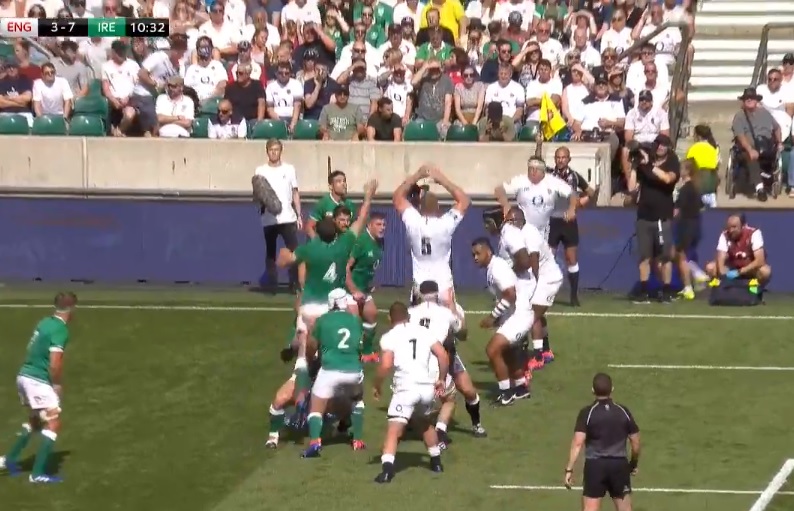 Henderson has no real chance to compete, mainly because the back lift is so poor. Rory Best is almost fully upright while trying to lift a 117kg man.

Ireland's first lineout arrived shortly after and Henderson called it to himself. England used jumpers to compete and pressurise Best. 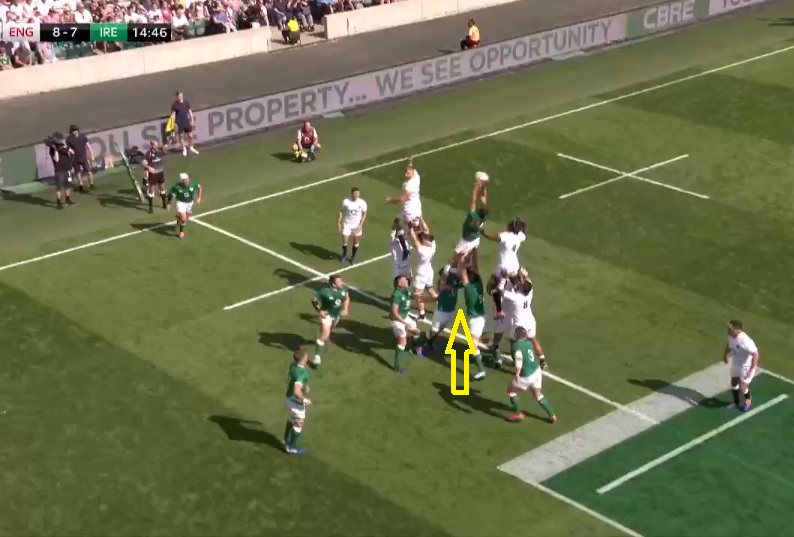 The real issue is that the call is obvious. The front pod do not maintain shape and it is clear to the opposition that Henderson is the target. This is also the problem with having a big, scrummaging powerhouse lock like Jean Kleyn. Ireland only had two predominant jumpers; Henderson and Peter O'Mahony.

For the next lineout, England have learnt their lesson. Again, Ireland's front pod move too early and England can predict the call. So Itoje tracks Henderson and disrupts ball.

England have a pod of three at the front but realise the ball is going towards the back because there is no dummy jumper. 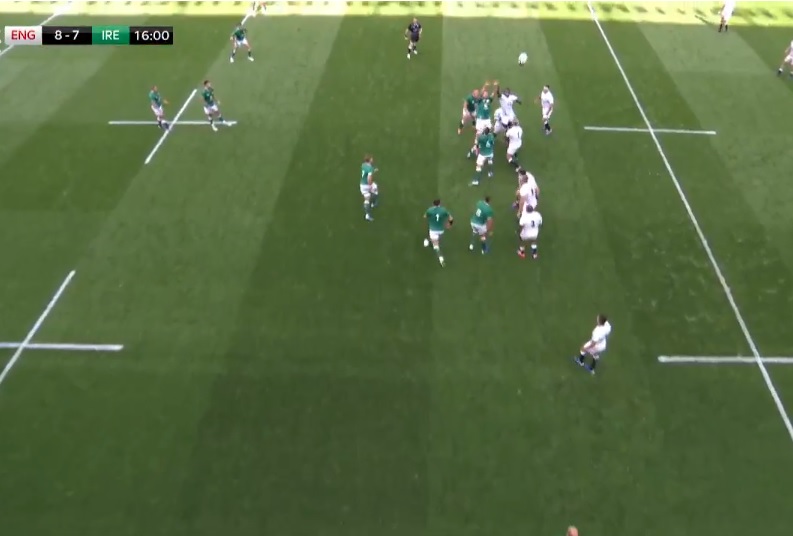 This is where Ireland enter meltdown. Their calls are predictable and repetitive, but unlike England, they persist and do not adapt. Again, Henderson calls the ball to himself off the next lineout and again no other Irish player keeps the English pack honest with a decoy jump.

A phrase repeatedly used during Joe Schmidt's reign is 'animation.' Irish players not directly involved in the play still need to look like they will be involved to occupy their opposition. Their lack of it last weekend was costly.

Itoje can track and predict the jump to get his hands on the ball. 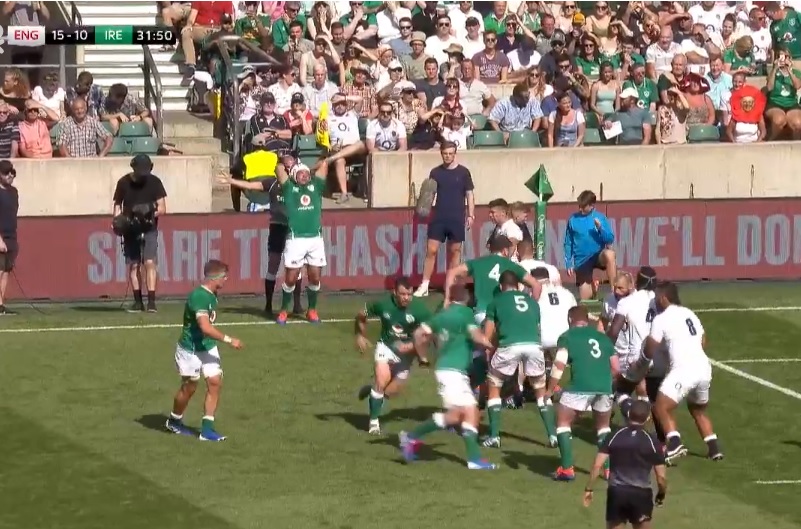 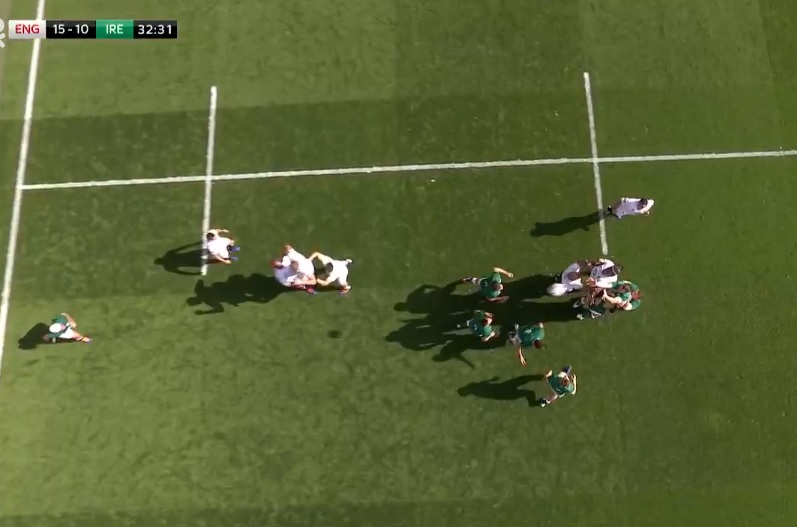 Just after half-time, Henderson once again calls the ball to himself. Rory Best seemed to question the call but proceeded. The throw was too long and it resulted in an Itoje try. 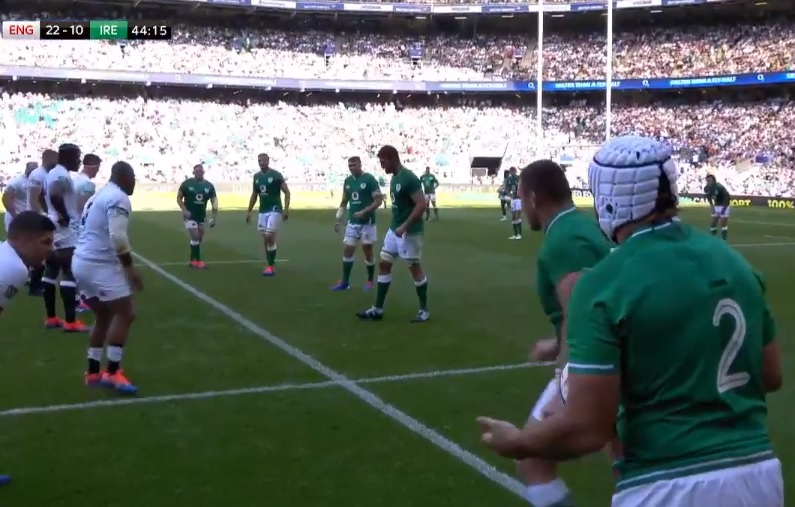 The lift is again poor. At the front, O'Mahony is nowhere near full stretch. 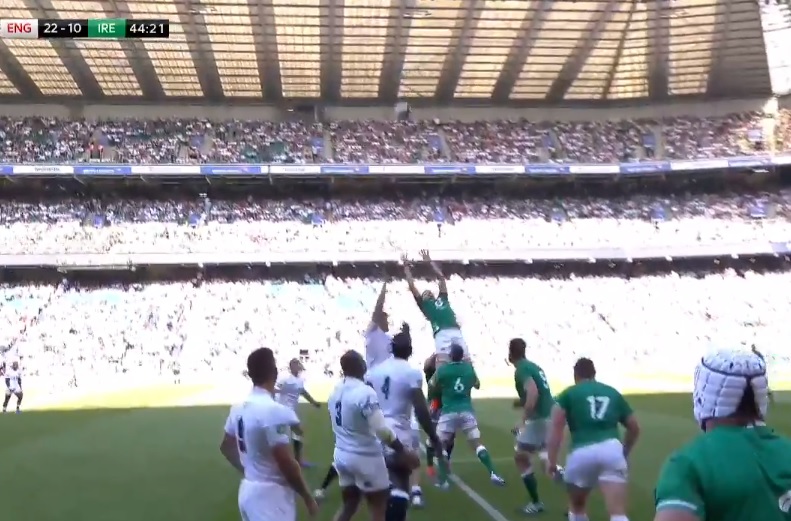 The Ireland captain's post-match press conference comments gave a real insight into the struggle his side endured.

You try to put as much pressure on as you can in training, then you come up against a lineout defence that is one of the best in the world. We won the first one, it went well. Then they competed at the second and I think we just got within ourselves a bit. Everyone got nervous and they kept coming after us. There is no doubt that affected our game.

Ireland have made this mistake before. In last year's test win over New Zealand, Schmidt's side coughed up possession on their own lineout twice in the final quarter. Both times it was clear which pod the ball was going to and both times New Zealand read it perfectly to intercept.

Players break early to try set a maul but Ireland lose the ball. 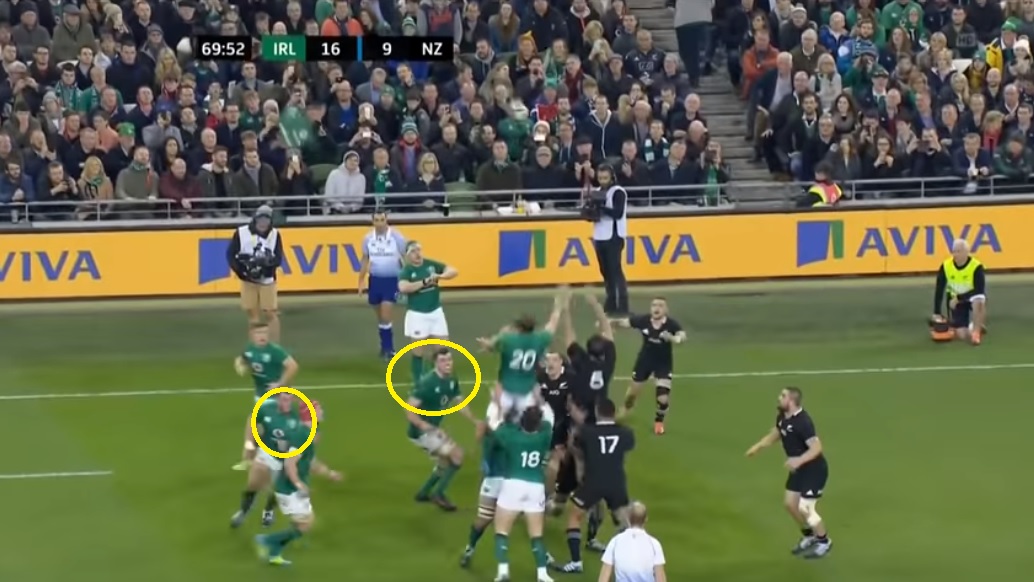 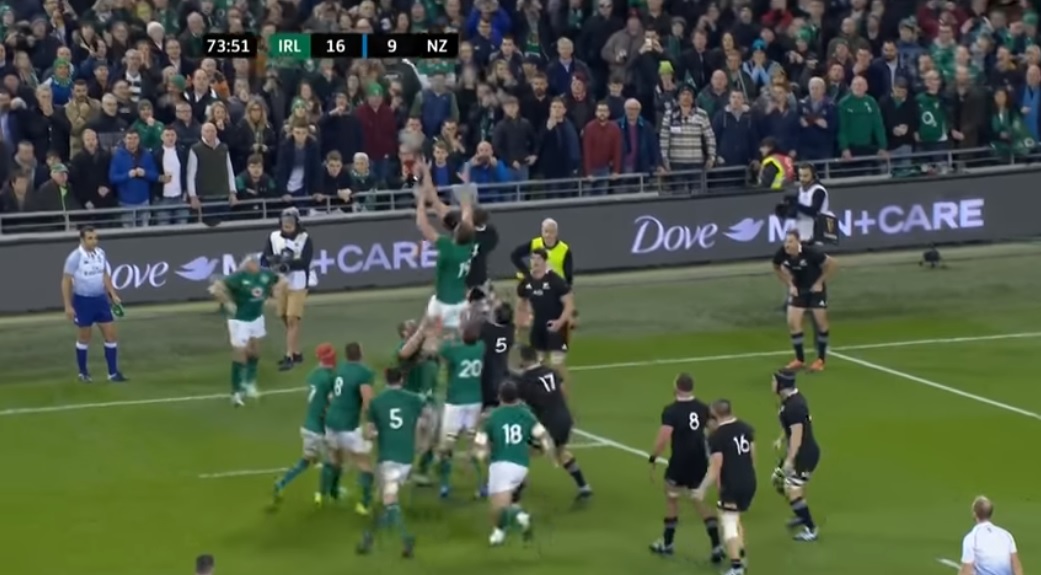 Under Simon Easterby, reland are capable of more intelligent plays, such as decoys at the front and half-backs in the line. Lineout defence has always been a detailed process. Once again, Paul O'Connell's account of events before the 2009 South Africa game revealed as much.

Gert Smal, our forwards coach at the time, had thought me some numbers in Afrikaans. I had also downloaded an Afrikaans counting class from YouTube. The Springboks had the same lineout calls for years on end. In the video room I listened to Matfield's calls on the ref mic and then tried to guess where the ball was going.

By the end of the week, I was able to look at a sequence of around a hundred of their lineouts and know where each one was going, based on the call. It worked. There were even a few lineouts where, after Matfield had made the call, we were lined up defensively before they even got to where they were supposed to be.

There is no doubt a similar level of preparation is required and planned for Ireland over the coming month.

SEE ALSO: Your Essential Guide To A Bumper Weekend Of Sport On TV