So yesterday afternoon, we more-or-less handed possession, the game, the Championship and the Grand Slam to Wales after a dismal day in Cardiff. But just when you thought we'd nothing more to give our Celtic cousins, that famous Irish generosity has come good again.

Joe Schmidt's side were awful in the afternoon rain. Falling behind to a first-minute Hadleigh Parkes try, Ireland went a full eighty minutes and more without registering a score before Jordan Larmour eventually spared St. Patrick's Day weekend blushes by crossing in the dying embers.

There's enough of us about to make fools of ourselves this weekend.

In between, Wales held their foot on Irish throats, as penalty after penalty was coughed up by a faltering forward division whilst our backs were nothing short of woeful in attempts to break the Welsh line.

And whilst Irish rugby has enjoyed a sensational last 24 months and yesterday's defeat should be viewed in the context of simply being a bad day at the office, three, arguably four, severely uninspiring performances over the Guinness Six Nations have put the frets on a lot of Irish rugby fans. 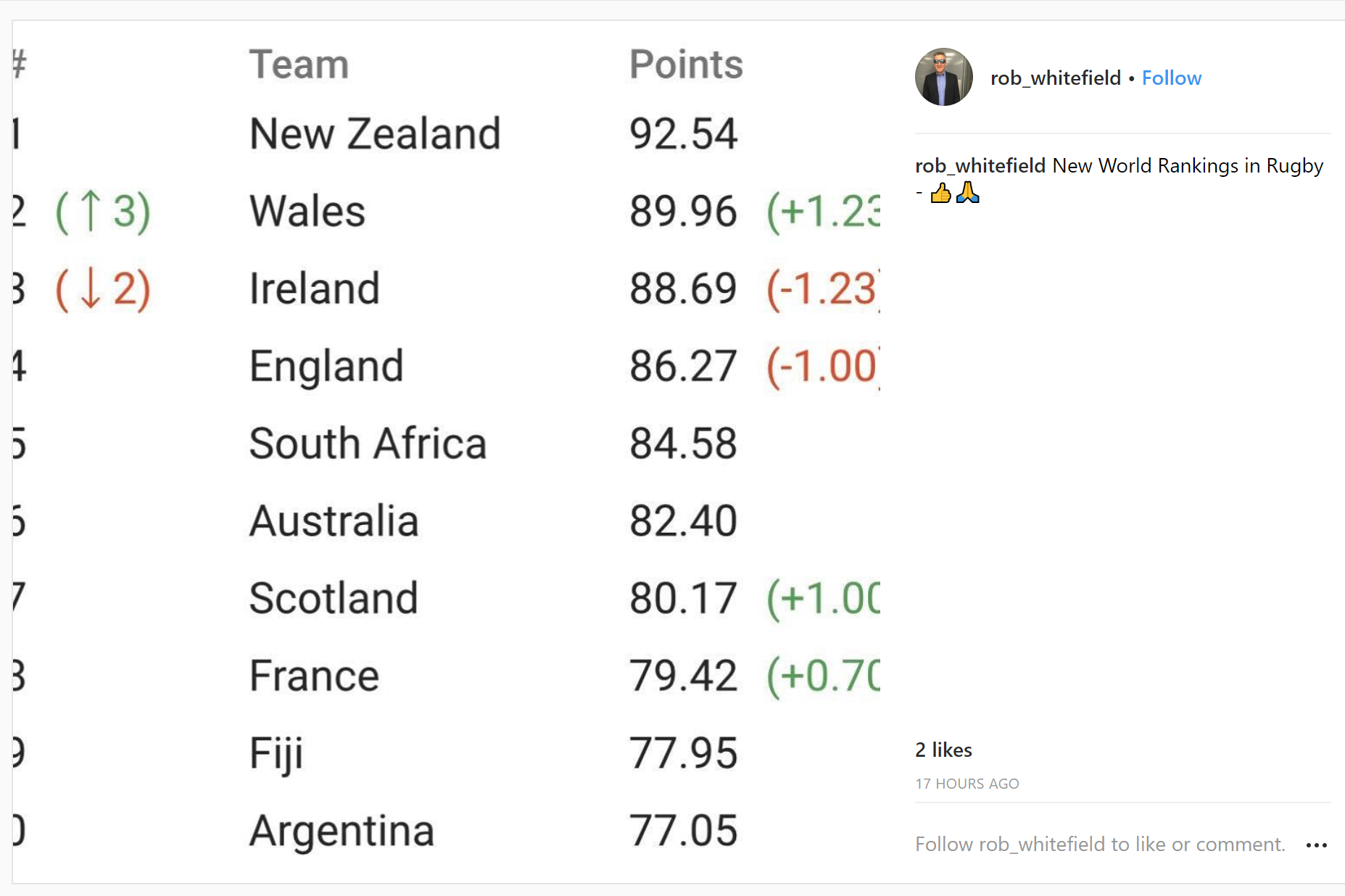 Perhaps most stinging will be the news that we'll drop from second to third in the World Rugby Rankings when they are renewed tomorrow morning, with our weekend conquerers leap-frogging us in the chase to rein in the All Blacks.

Being best of the rest has been something that we have taken great pride in over recent times - the expectation level in World Cup year growing feverish.

It's how we channel this New Year nightmare that will determine whether we can still feel justified in thinking that something may just be attainable in Japan.

Call it tonic, call it a wake-up call, call it what you like. The fact is we've been shaken in the early rounds of 2019, but the towel hasn't gone in just yet. What's more, the Summer Series fixtures have now taken on ferocious importance and may even act as the perfect launchpad into September 22nd and the meeting with the Scots in Yokohama.

In Italy, England and Wales, Ireland will come up against the sides against which they performed so dreadfully over the winter. Warm up games? No, not anymore.

SEE ALSO: When It’s Your Brother, A Sibling, Someone You Love... It's Horrible'