Garry Ringrose, Sean O'Brien, Rory Scannell, and Ross Molony. Just four players who have had big seasons in 2015/16, who owe their development to their time spent with the Ireland U-20s this year.

Ireland have been warming up for tournament next month with games against Leinster and Munster development teams.

Nigel Carolan named his 28-man squad for the upcoming Junior World Cup for the latest crop of U-20s after a mixed year in the Six Nations. There is some real talent in this squad, not least captain James Ryan who has already been compared to Paul O'Connell.

But the other 27 names in the team should be watched too, and here is everything you need to know about these players. 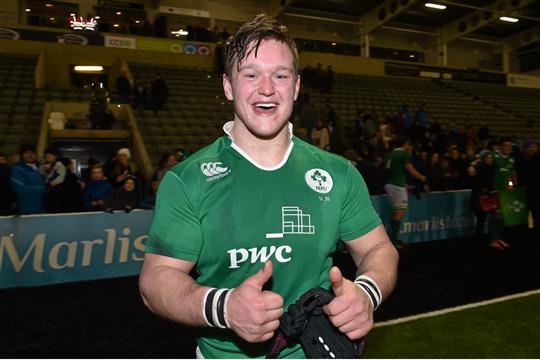 Andrew Porter is an absolute beast. He was the second most impressive Ireland forward in the Six Nations and will have a big career.

The best way to describe Porter is that he is Cian Healy-esque without the impression that he feels the need to smash his head through a window.

St. Michael's College past pupil James Bollard was his backup during the Six Nations, and it was a clear first choice backup role for Bollard. It's likely to remain that way, but the presence of the uncapped Vakh Abdaladze who was brilliant in Clontarf's march to the Ulster Bank League title might complicate that. 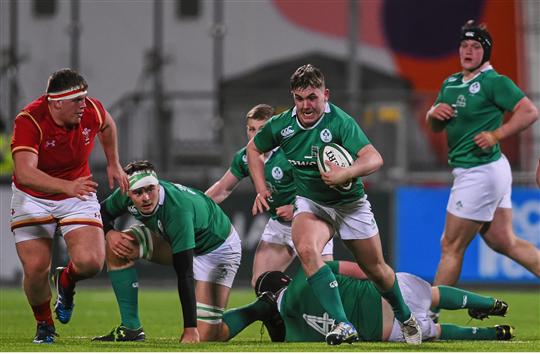 For someone who already has a year's experience at U-20 level, Adam McBurney was underwhelming in the Six Nations. The Ulster hooker is a better player than he showed in February and March - where his line-out throwing wasn't the best.

Munster's Shane Fenton has been ruled out through injury, so his backup at provincial level Vincent O'Brien comes in.

Ireland could really use one of these hookers to develop. We've never had an Ireland U-20 hooker go on to play for the Ireland senior team, and one of the best in recent years - George McGuigan has just been named in the England Saxons squad. 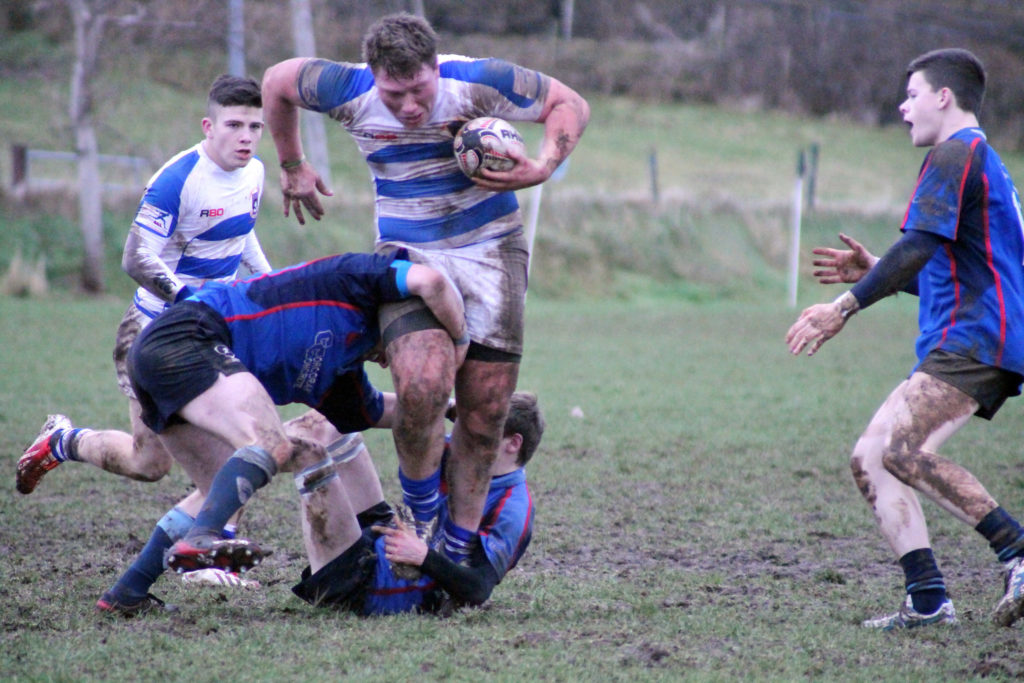 Promising Connacht tight-head Conan O'Donnell has failed to overcome an injury. O'Donnell has senior appearances for Connacht this season, and was exceptional in last year's Junior World Cup. He probably wasn't at his best in the Six Nations - but in his Connacht teammate Conor Kenny and Munster's Ben Betts - Carolan has two quality options at his disposal.

You'd have to think that both Kenny and Betts have the potential to at least have provincial careers. Kenny is a big prop who is extremely mobile and powerful. His technique needs a bit of work, but has been greatly improved since entering the Connacht sub-academy. Betts is more of a traditional scrummager.

I would expect a near equal share of time given to both props. Kenny is more likely to stand out to regular viewers, but might have a greater impact off the bench. 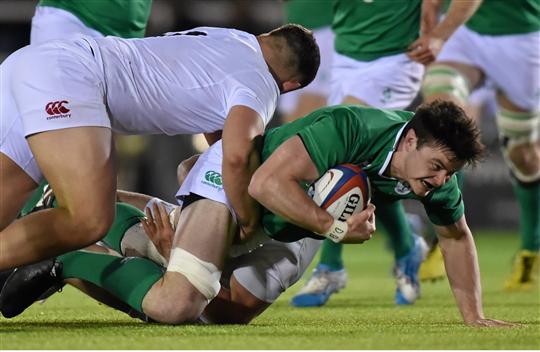 We all know about James Ryan. His Six Nations partner, Peter Claffey is injured however. Sean O'Connor is the only other sole lock in the squad - but both Munster's Evan Mintern, and Connacht's Cillian Gallagher have played there before. 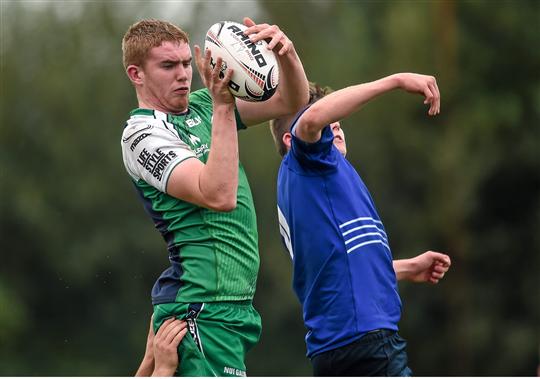 Still only U-19, Sligo RFC's Gallagher was the player who surprised me the most in the Six Nations. He was brilliant. I had seen him most as a lock, but his all round game from blindside flanker was fantastic. He's got a good engine, and just keeps going.

St. Andrew's alum Greg Jones is also a handy player, getting some game time in the Six Nations. He's more of a traditional backrower. Expect both to get a lot of time - and keep an eye on both to get academy contracts.

Matthew Cosgrove was unlucky to miss out. 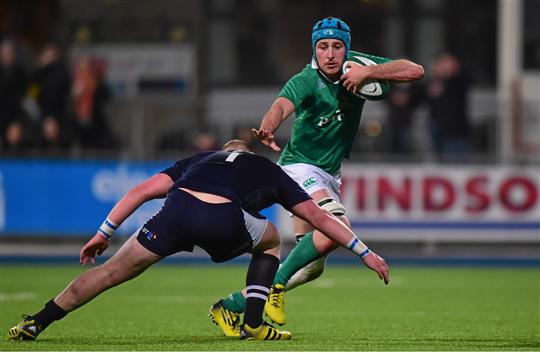 Ireland flew out of the blocks in their opening Six Nations game with Wales in the first half, and the biggest reason why was the running game of Will Connors. It was my first exposure to Connors, and it seemed like he was part of every good thing that Ireland did.

Connors had to leave that game early, and Ireland ended up letting that game slip away from them to a strong Wales team, but it was mostly errors from misfiring backs.

Dan Walsh was unlucky to miss out after impressing in the Six Nations. 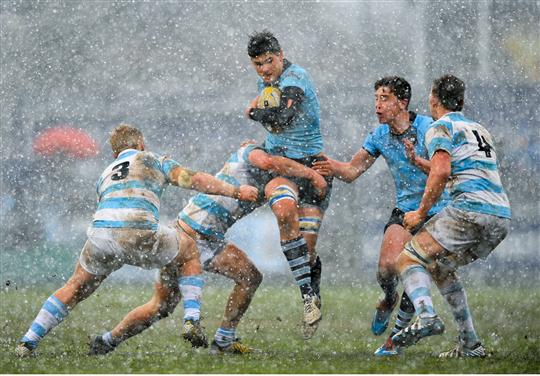 Max Deegan has been on the radar for a while. His Six Nations was interrupted by a concussion - but the strong No. 8 is a leader. He carries well, putting himself about. Mintern will probably play more in the second row, meaning we'll see a lot of Deegan before he goes into the Leinster academy. 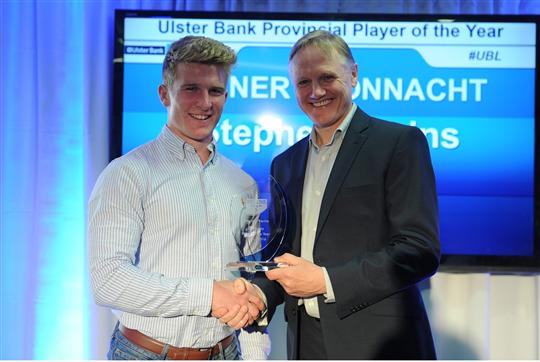 For the third year in a row, a Munster scrumhalf who played in the Six Nations doesn't make the Junior World Cup squad. This time, it's John Poland. Poland started the Six Nations with a man of the match performance against Wales - but fell out of favour for Kerins by the end.

Kerins is a livewire of a scrumhalf. He's one of the best when given front foot ball, and will provide extremely quick ball to his outside backs. Kerins looks less than assured when his pack is under pressure - who doesn't? - but with Ireland's tricky pool draw, that might happen a lot.

Niall Saunders is a Harlequins academy player, who replaced Poland in the Six Nations. Highly thought of in England, he's one to watch. 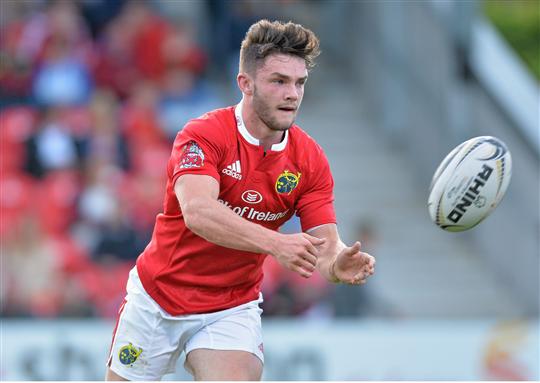 Bill Johnston is Munster's most hyped back since Keith Earls.I'll admit I've yet to seen him play - but as an 18-year-old already featured for Munster A, and Munster in the pre-season. Injury ruled him out of the Six Nations - meaning that his U-19 colleague Johnny McPhillips got the start.

McPhillips was less than assured in the tournament, growing into the game. He improved massively when Brett Connon started to play - and mixed in some fantastic kicking, with some questionable decisions. That's a fixable mistake, and one that will come with more experience. He's still only 19, and this is where he's meant to learn. 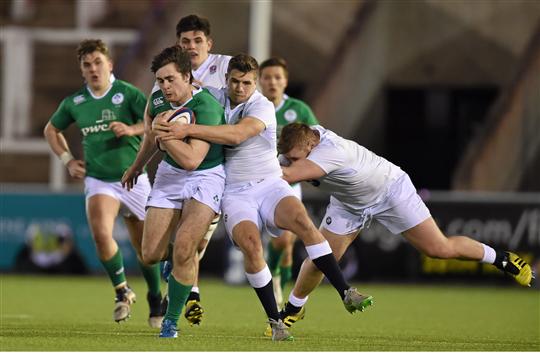 Shane Daly was the favourite of many during the Six Nations. The Munster centre scored two tries, and the consensus was that he was one of the better backs.

I thought Conor O'Brien showed a bit more however. Comfortable from 11-14, O'Brien is a strong running player, with power and pace. He does have a little bit of subtlety to his game however.

Backing them up is Jimmy O'Brien and Munster U-20 captain Paul 'Chippy' Kiernan. O'Brien is a former outhalf, who plays as a second-five eighth. Chippy is an undersized centre who is probably the most talented centre of the lot. Kiernan didn't really get the opportunity to show us what he can do.

Munster bound centre Sam Arnold would have been the best player in the squad, but was unavailable through injury. 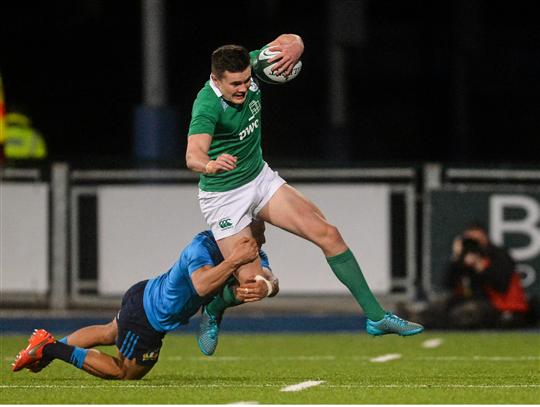 Stockdale is the best and most versatile player in the backs. He missed the start of the Six Nations due to Ulster senior squad commitments, and Ireland didn't lose when he came back. He's been tried at full-back in the warm-ups with Jack Power out, and Brett Connon inexplicably left out.

Tery Kennedy is a pacy player with 7s experience, but I'd expect Keenan and Byrne to continue their run as the first choice.

Jack Power was the first choice full-back in the Six Nations, but was injured. Newcastle's Brett Connon should be in the squad.

See Also: Five Irish U20s Who Showed They Can Make The Step Up To The Pros

Rugby
1 year ago
By Dylan Ryan
Ireland Six Nations U20 Champions 2010: Where Are They Now?
Rugby
3 years ago
By Mikey Traynor
Watch: Ireland U20 Dealt Hammer Blow As Scotland Turn On The Style In Georgia
Previous Next

Rugby
7 months ago
By Dylan Ryan
Ireland U20s Makes Four Changes For Team To Face England
Rugby
1 year ago
By Dylan Ryan
Ireland Six Nations U20 Champions 2010: Where Are They Now?
Rugby
3 years ago
By Mikey Traynor
Watch: Ireland U20 Dealt Hammer Blow As Scotland Turn On The Style In Georgia
Popular on Balls
GAA
5 hours ago
By Gary Connaughton
O'Neills Have Just Dropped A Range Of Retro Inter-County Jerseys