What Ireland Now Need To Top Their World Cup Pool

Pool A was dealt a huge shock when hosts Japan overpowered Ireland to once again ignite a World Cup. It means Ireland are now in a dogfight to top their group.

Their final two games are against Russia and Samoa. With Japan still to play Scotland, the quarter-final spots are still very much up in the air.

A huge amount of this pool's fortunes will depend on the outcome of Japan's clash with Scotland. That tie is a huge one for Gregor Townsend's side, who face a four-day turnaround between playing Russia and playing the hosts.

Joe Schmidt's side getting a losing bonus point could prove critical. Their goal now must be 16 points. 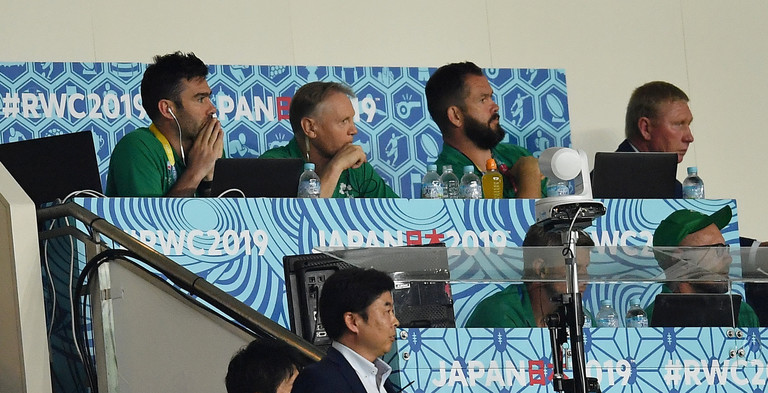 Who predicted that Pool A would look like this after today?#RWC2019 pic.twitter.com/BTlZk6RN7V

If you experience shrapnel falling on your home.

It's just Pool A being blown apart.

In the case that all three teams go into the final weekend having claimed bonus points wins, things can still get complicated.

If Ireland beat Samoa without a bonus point and Scotland win but Japan claim a losing bonus point, Ireland and Japan would be tied on 15 points with Scotland on 14 points.

If two teams are tied of the match between the two tied teams will be ranked higher: Japan

However, in that scenario, if Scotland were to win with a bonus point, all three teams would be tied on 15 points.

So if the winner of the match between teams does not separate them, it comes down to the difference between points scored for and points scored against in all pool matches.

The reality is that qualification is still in Ireland's hands but the loss is still damaging. Historically, no team has ever won a World Cup after losing a pool game.

What would need to happen for Ireland not to qualify

Could it get worse? Well...

So as long as Ireland beat Samoa in their final game, they are safe. If they were to lose and Scotland win, Ireland would be out.

Second place would likely mean a quarter-final date with New Zealand on the 19 October in Toyko.