Four Nominated For Irish Players' Player Of The Year

Three provinces are represented in the four-man shortlist for Ireland Players' Player of the Year award with Munster's Tadhg Beirne and Peter O'Mahony, Connacht's Jack Carty and Leinster's James Ryan all vying for the accolade.

Ulster are represented on the Young Player of the Year shortlist, however, where Jacob Stockdale is joined by the Leinster duo of Jordan Larmour and James Ryan.

The Ulster winger is also shortlisted for the Try of the Year award, after his mercurial moment against the All Blacks in November. Joining him on the list are Keith Erls and Jordan Larmour for their spectacular efforts against France and Italy respectively.

Meanwhile, Anna Caplice, Eimear Considine and Ciara Griffin are all nominated for the women's award. 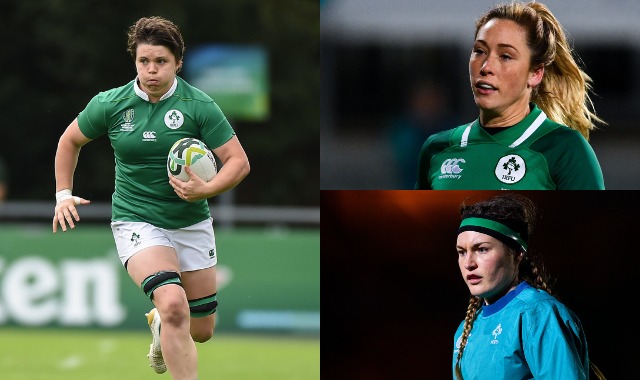 The winners are set to be revealed at an awards night on Wednesday, May 15.

Zurich Players' Player of the Year

Volkswagen Try of the Year

Women's Sevens Player of the Year

Rugby
1 year ago
By PJ Browne
Offaly Man Jack Regan Set To Leave Super Rugby For Ospreys
Rugby
1 year ago
By Michael McCarthy
Step Right Up, It's The Completely Pointless Rainbow Cup
Rugby
1 year ago
By PJ Browne
Connacht Pull Off 'Real Coup' By Signing Irish-Qualified Aussie
Popular on Balls
Football
3 hours ago
By Eoin Harrington
Juan Mata Questions Manchester United Management After Dire Season
Golf
2 days ago
By Gary Connaughton
Padraig Harrington Glad He Didn't Have To 'Make A Decision' On Saudi Golf League
Football
1 day ago
By Gary Connaughton
The Frank Lampard Love-In After Everton's Survival Was Downright Bizarre
GAA
2 days ago
By PJ Browne
'It Came At An Awkward Time. I Didn't Think It Would Be So Bad'