After a dream start to his Ireland career, 2019 has represented more of a challenge to Jacob Stockdale. The Ulster winger exploded onto the international scene with 11 tries in his first nine appearances in green, breaking the record for most tries in a single Six Nations campaign at his first attempt.

The defining try in an iconic defeat of New Zealand in Dublin soon followed as the hype trains for both Stockdale and Ireland were running full speed ahead and with the Rugby World Cup looming on the horizon, many were tipping Joe Schmidt’s men to become just the second European side to lift the Willam Webb Ellis trophy.

This year has been less kind, with defeats to England and Wales seeing Ireland lose both their Six Nations crown and their status as the number two team in the world. But Stockdale knows better than most how quickly things can change in rugby.

The 23-year-old was named in Ireland’s extended 44-man squad on Tuesday and if he remains healthy, he will be on the plane to Japan later this year. He was just 19-years-old during the last World Cup, and though he had already played in the 2015 U20 edition of the tournament at that stage, he admits it hadn’t crossed his mind that he might be playing in Japan four years later.

“No, if I'm completely honest. No, I didn't,” Stockdale says at an event unveiling him as Maxol’s first ever brand ambassador. “Obviously, it's a dream as a young rugby player. But I mean, at that point I hadn't even made my Ulster debut yet and just playing for Ulster seemed like a big enough goal to deal with at that point.” 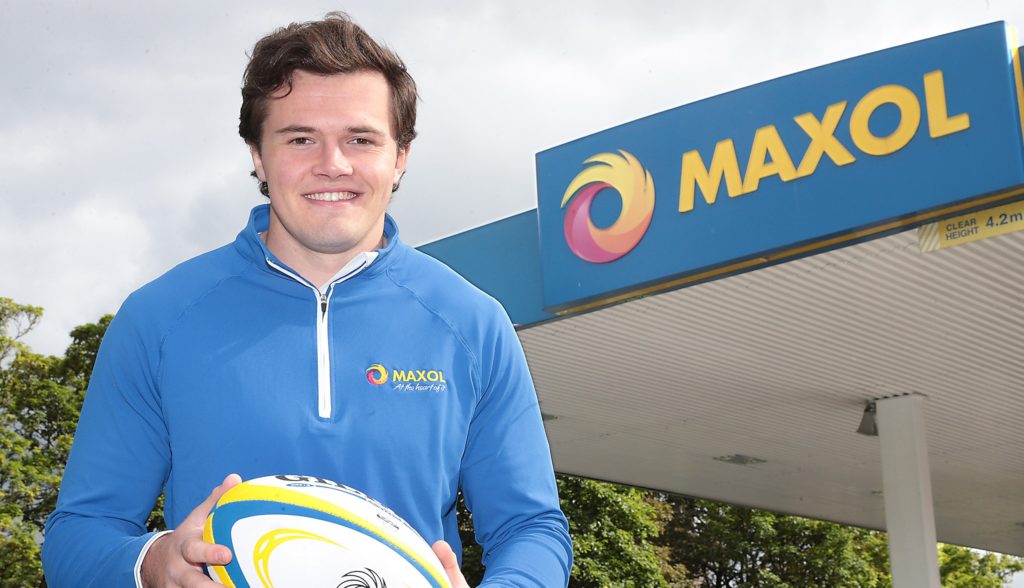 But Stockdale won’t just be a passenger in Japan, as he has developed into one of the key players in a dangerous Irish team who, despite their struggles in this Six Nations, remain well-poised to go further than ever before.

“I think we learned a lot about ourselves as a team,” the winger explains. “It's a bit of a cliche but I am definitely a bit believer in that you learn more about yourself whenever you lose than whenever you win.

“I think it made a lot of the lads a lot hungrier and ready to train hard for this pre-season to make sure that we get it right for that World Cup.

“And I think most people would agree that you'd sacrifice a Six Nations for the World Cup… I think what we did really well in 2018 was just the energy that we showed on the pitch, whether that was in defense or attack.

“There wasn't going to be a team that would out-work us, out-tackle us, out-run us. And I think that's maybe something that we as a team kind of fell away from.

“I don't think it was anything to do with the coaching staff, actually. I think the coaches were exactly the same. They treated us exactly the same. But just sometimes these things happen, sometimes it doesn't, in the the way that you want it to. So I think that's something for me, definitely, personally moving forward is going to be massive.” 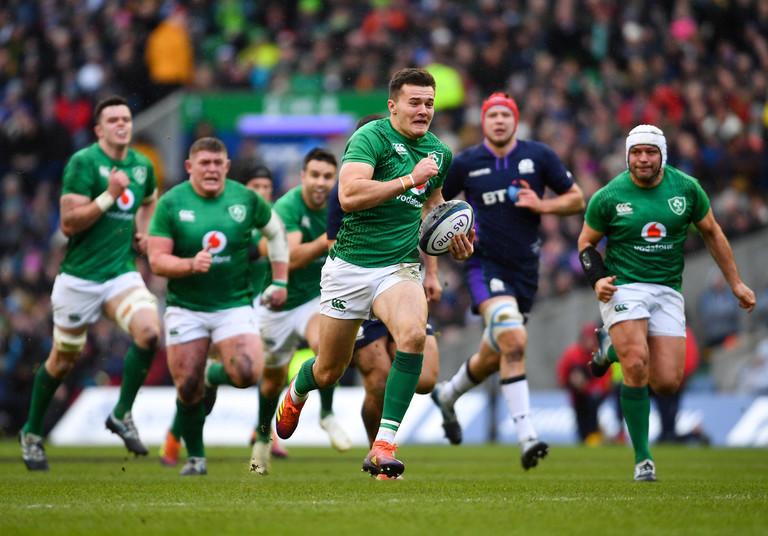 There are lessons to learn from a tough spring period but with Ireland on top of the world as recently as November, Stockdale insists that the target has not changed for Japan.

“I think if you asked anybody after the November game what's your expectation for the World Cup, it was like: 'Definitely go over and win it - if we're not in the final, that's a serious disappointment'. And I think, for most people, that's probably changed since the Six Nations," he concedes.

“For me, I'm still expecting to go over and win a World Cup. You don't go over to a World Cup expecting to only get to a quarter-final, get to a semi-final. If you're not going over to win something, what's the point in going, to certain extent?

“It's very bold and brash to say it now and to say we're going to win it but I think if you look at what we've done in the past, we talked about winning the Grand Slam in 2018, we talked about beating New Zealand at home. These were things that we wanted to do and we did them.

"Moving forward, at the World Cup, I want to win a World Cup. That's the only way you're going to do it, by saying that you want to do it.” 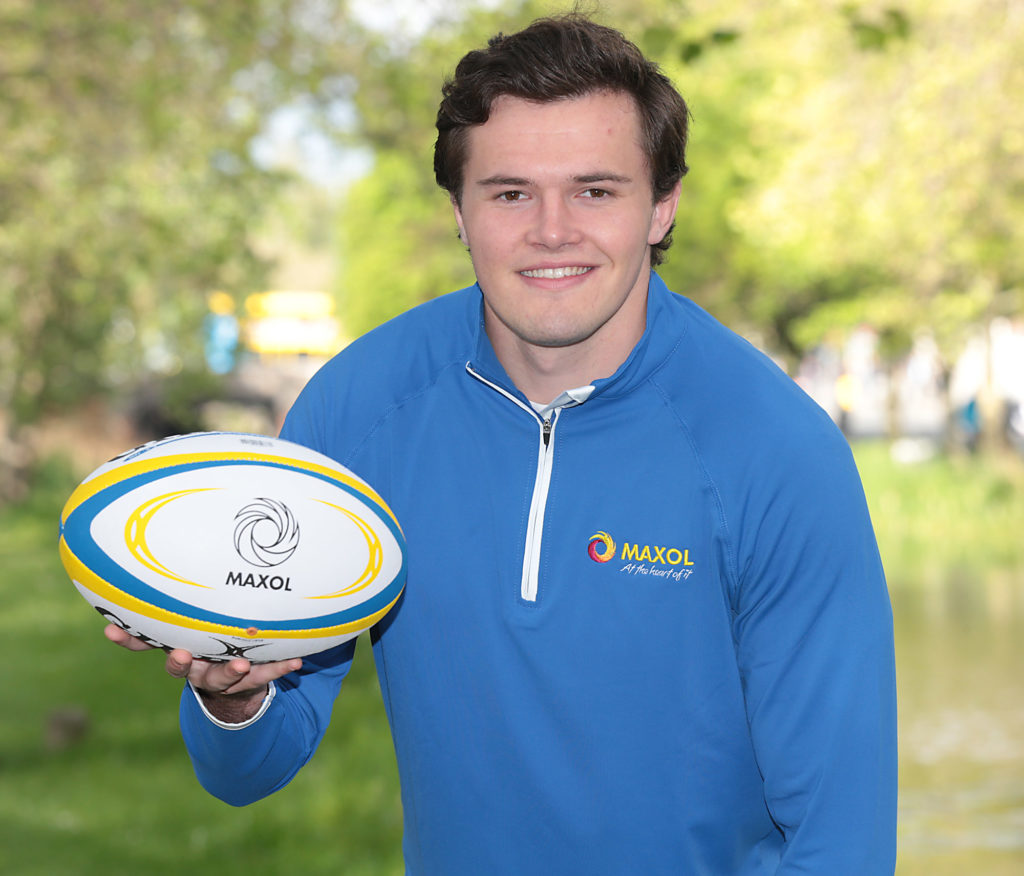 After all, Stockdale says, this is an Ireland team free from much of the baggage of the past. Under Schmidt, Ireland have banished many of the demons which prevented them from challenging for the top prizes. That is the mentality that will be needed if they are to progress past the quarter-finals for the first time.

“I don't think us as a group are worried about what hasn't been done before, if that makes sense. Obviously it makes it a little more difficult. But I think you thrive when there's opportunities to be able to perform like that.”

If Ireland progress from their group as expected, it will likely be one of New Zealand or South Africa awaiting them, two teams Stockdale knows have the firepower to steamroll anyone standing in their way.

“I think it's hard to look past New Zealand,” he admits. “They've got some very talented - actually when I say some, literally their entire time are superstars. They're a tough team to look past in terms of winning the World Cup. But I think teams like South Africa, they kind of have this heritage of being really good at World Cups and and they're building really, really well.

“You see guys like Aphiwe Dyantyi coming in, who's a seriously exciting player and they've got a good spine of forwards as well where you're looking at them and you're going actually these guys could be very, very good come World Cup time… You can't win a World Cup without playing, without beating New Zealand or South Africa.

Considering how things have worked out for Stockdale so far, you wouldn’t bet against him being right.

Jacob Stockdale is a brand ambassador for Maxol

Read More: How Sean O’Brien Stepped Out Of Rocky Elsom’s Shadow And Into The History Books

Rugby
2 years ago
By Maurice Brosnan
English Players Explain What They Had Actually Planned For Haka Challenge
Rugby
2 years ago
By Maurice Brosnan
One Player Generated Massive Online Discussion After The World Cup Final
Rugby
2 years ago
By Maurice Brosnan
World Cup Review And Ratings, South Africa Style, Saracens Controversy - World In Union
Popular on Balls
Football
2 days ago
By Jonathan Byrne
Report: Festy Ebosele Attracting Interest From Bundesliga And Serie A
Football
9 hours ago
By PJ Browne
'If He Continues With Performances And Goals Like That, Stephen Kenny Will See It'
GAA
2 days ago
By PJ Browne
Army Gave Sue Ramsbottom No Time To Drown Sorrows After Laois All-Ireland Loss
Football
1 day ago
By Jonathan Byrne
Peter Crouch's Stories of Being David Ginola's Bootboy Are Comedy Gold