If there is a theme of Leinster Rugby over the last decade it is that the show must go on. Regardless of who drops out of the team, someone is ready and waiting to step up and be counted. Perhaps no one’s career summed up that mentality better than Sean O’Brien.

While he heads for pastures new at London Irish next season, the Tullow Tank has played his last game for Leinster and, in all likelihood, Ireland after being ruled out of this year’s World Cup but he will go down as one of the all-time legends of Irish rugby after playing a part in some of the greatest teams this country has ever seen.

But for all his achievements in both blue and green - and there are many - it is the way in which he arrived on the scene that remains the least celebrated aspect of his remarkable career.

It is to O’Brien’s immense credit that Leinster fans were only given one season to miss Rocky Elsom. The Australian’s contribution in the Heineken Cup-winning campaign of 2009 may not be remembered so clearly outside of the blue province but he was immense. 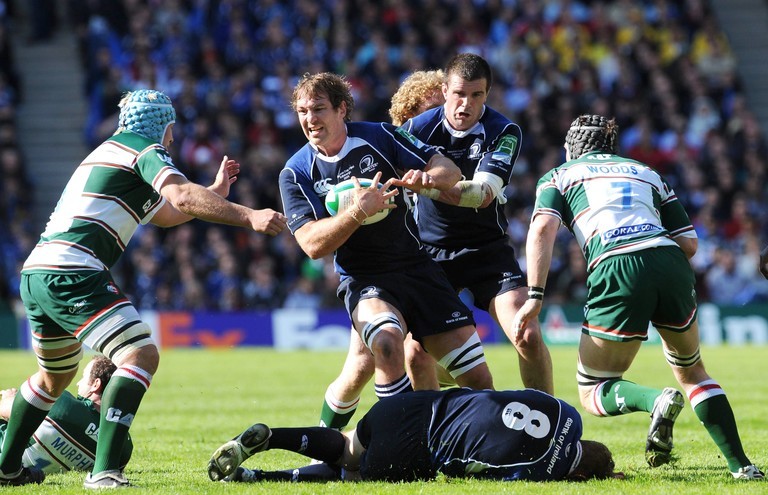 Operating on the blindside, Elsom picked up three man of the match awards - including in the final - in leading Leinster to the promised land after years of disappointments. The legendary Brian O’Driscoll went as far as to claim that the Wallaby flanker was “the best player I have ever played with” in the wake of the 2009 final. Few players had ever made such an impact at a new club.

But as quickly as he burst onto the European scene, Elsom was gone, opting to return to Australia in order to reignite his international career. His departure left a hole in the Leinster back row which needed to be filled but Michael Cheika and co. decided against importing in a ready-made replacement.

It was a brave move to try and replace the reigning European Player of the Year from within, especially considering the fact Leinster’s record on bringing through young forwards - particularly in the back row - was nowhere near as strong as it is now.

Back then, it was Munster who supplied to muscle in the Irish team, with Jamie Heaslip the only Leinster forward to start a game in Ireland’s 2009 Grand Slam campaign. In fact, Malcolm O’Kelly’s three-minute cameo off the bench against Italy was the only other time a Leinsterman saw action in the front eight during the tournament as Ireland made history.

The prevailing thought was that Leinster simply didn’t know how to produce international quality forwards. But the arrival of Elsom had given them that edge they lacked over the years. With him leaving, it looked from the outside as if it would be impossible to replace. But Leinster had a secret weapon plucked not from the usual production line of South Dublin's private schools, but from the club system in Carlow. He was cut from a different cloth right from the start.

O'Brien had made his debut for the province as a 21-year-old during the 2008/09 campaign and had shown enough potential to earn a spot on the bench for the Heineken Cup final win over Leicester later that season. But he remained an unused substitute on the day, and was stuck behind Shane Jennings and Kevin McLaughlin the following year as Leinster failed to defend their crown.

It was early in the 2010/11 season that the then-23-year-old announced himself to the world with a destructive ball-carrying game reminiscent of Elsom in his pomp. Now wearing seven on his back, O’Brien scored four tries in the pool stages of the European Cup as Leinster topped their group ahead of Clermont Auvergne, Saracens and Racing 92.

When the Six Nations rolled around, O’Brien played every minute; opening the tournament at eight before switching to six for the remaining four games. For the knockout stages of the Heineken Cup, he returned to seven and after the infamous comeback win over Northampton in the final, he became the second Leinster flanker to be named European Player of the Year in three seasons.

From there, his legend grew into what it is today with a starring role for Ireland at two World Cups and in the Six Nations-winning campaign of 2015. He boasts five test caps over two Lions tours, with his performances against the All Blacks in 2017 earning him the admiration of the notoriously hard to please New Zealand public.

As magnificent as his brutality has been to watch over the years, O’Brien’s swashbuckling style has undoubtedly taken its toll on his body and now he will be denied a send off for Ireland in Japan this year.

But after a decade of dedicated service, it is O’Brien to whom all future Irish sevens will be compared. And rightly so.