Ireland have now played seven games since Joe Schmidt unveiled his initial training squad for the Rugby World Cup. That is 560 available minutes of rugby.

Henshaw and Carbery have endured a year frustrated by injury. Henshaw's hamstring issue came right at the start of the tournament and it was a similar injury that kept him out of the November internationals last November. 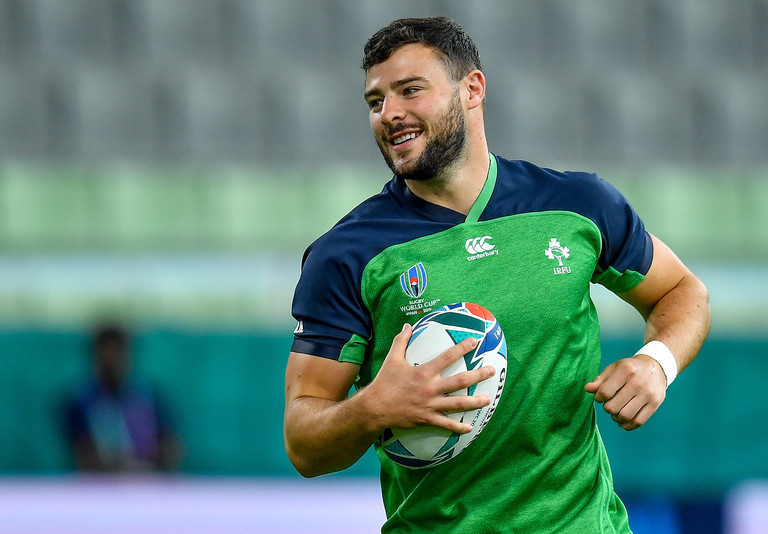 As for the Munster man, concern began after he left the Aviva Stadium during Ireland's opening warm-up match on a stretcher and rose again today when it emerged shortly before kick-off that he was not fit to take his place on the bench and Conor Murray would replace him.

Yet Schmidt's reasoning for persisting with the pair is simple. Speaking during his pre-match press conference, he explained Henshaw had not been sent home because he was required at 'the business end'.

"I think that under the rules of the tournament, if he’s not here then he’s not in the squad and then you can’t use him when you get to the business end."

For a man who puts significant stock in a player's ability to train and demonstrate match fitness, holding onto Henshaw has been an interesting decision.

Yet there is no doubt both players have earned this trust. Consider Carbery's contribution against England in 2018 as he replaced Sexton and steered the side towards a Grand Slam. Henshaw was monstrous on his one outing against Wales.

With one final pool game remaining, Ireland will hope to manage the squad with a possible quarter-final coming one week later. In an ideal world, that would see both Carbery and Henshaw tog out. 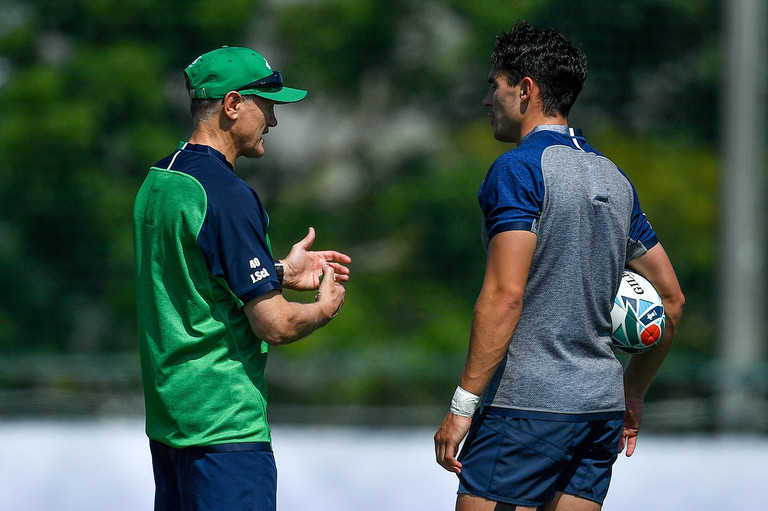 The Irish head coach has already said he wants to Sexton to get an hour versus Samoa, which means Carbery would merely have to log another twenty minutes. With Ringrose's high exposure in a short space of time, Henshaw's return would be welcome.

If not, they risk coming in cold to the biggest game this team will play. The worst-case scenario would see neither make it back fully fit and the squad put under considerable strain.

If Ireland are to truly click in Japan, they need their strongest possible squad to come together and produce a powerful quarter-final performance. Their best chance of making that happen would see both of these talents involved.

SEE ALSO: Who Is Next In Line? Ireland's Options As Schmidt Sweats Over Jordi Murphy