It is two wins from two for Dan McFarland's Ulster who overcame Clermont 18-13 tonight. In brutal conditions, cool heads and a half-back partnership that clicked proved crucial.

In the end, the deciding of the game came thanks to scrum-half John Cooney. A penalty in the very first minute set the tone. He nailed the conversion after Jordi Murphy's first-half try which came thanks to a huge maul effort. Shortly after, he pushed their score to 13 with another penalty. 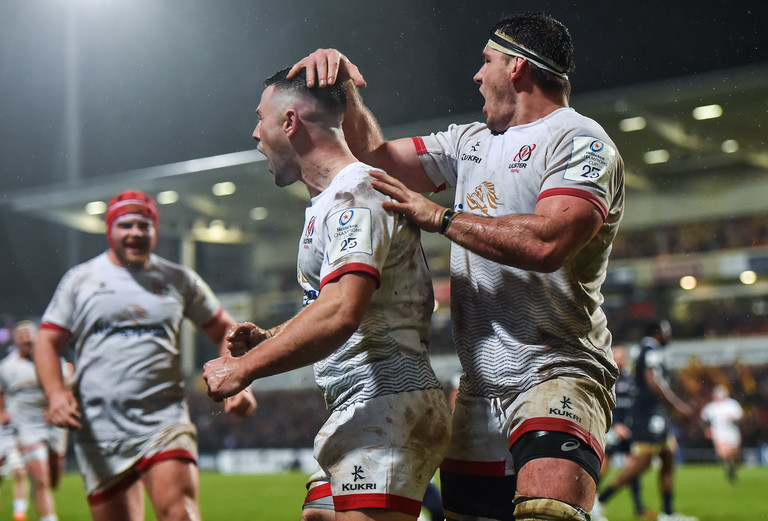 Then there was a true touch of class. Cooney collected at the base of an attacking ruck and chipped over two Clermont heads before racing through to touch down.

John Cooney that is magic! ?

A massive try last week vs Bath, and he's only gone and done it again vs Clermont!

A late penalty try was not enough for the French visitors and it finished with Ulster top of Pool 3.