The Champions Cup semi-final clash between Leinster and Toulouse was only minutes in, but already the sides were making a great effort in their attempt to emulate the quality and excitement of last weekend’s quarter-final between Toulouse and Munster.

Leinster started very strongly, and bombarded the Toulouse line before being awarded a penalty, which Johnny Sexton duly converted for a 3-0 lead.

Soon after, Leinster were again on the attack as the ball reached Tadhg Furlong in the middle of the park. The tight-head prop proceeded to throw a quite ridiculous 20 metre pass to put Hugo Keenan away down the left wing.

The permanently in-form fullback did to brilliantly to beat a few defenders and give Leinster front foot ball in their opponents 22, with Toulouse scrambling.

In an effort to take advantage of the situation, last week’s man of the match Jamison Gibson Park attempted a misguided grubber which was blocked and subsequently picked up by Antoine Dupont.

To the horror of Leinster and a packed Aviva stadium, the best player in the world had a clear pitch in front of him and jogged home to grab a try that was completely against the run of play.

FROM ONE END TO THE OTHER! 🤩

What a start to this match! Incredible run from Hugo Keenan cut short by the @StadeToulousain defence, only for the pieces to be picked up by Antoine Dupont who goes for 95 meters!

On commentary for BT Sport, Brian O’Driscoll had this to say on Furlong’s pass:

We have become accustomed to Furlong’s slick pop passing, and his passing from the base of rucks, but never have we seen something quite so spectacular from him.

Since beginning this piece, Leinster have managed two tries through James Lowe and Josh Van Der Flier giving them a 20-10 lead. 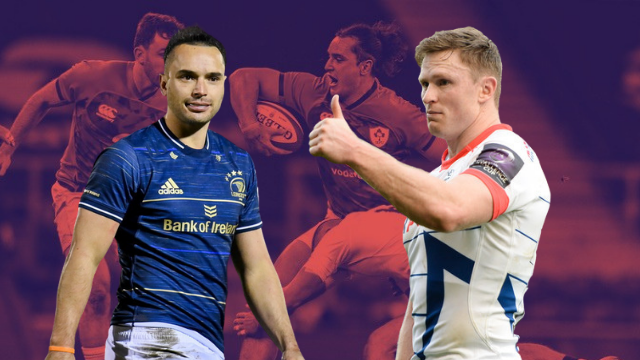 Rugby
6 days ago
By Gary Connaughton
Ronan O'Gara As Worried About Top 14 Clash As He Is About Champions Cup Final
Rugby
1 week ago
By Colman Stanley
'If Their 2nd Team Was In The URC They’d Be Top 6': Pundits Heap Praise On Leinster
Rugby
1 week ago
By Colman Stanley
Leinster Players Dominate European Player Of The Year Shortlist
Popular on Balls
Motorsport
2 days ago
By Eoin Harrington
F1: New Team Radio Clips Show Sergio Perez Frustration With Team Orders In Barcelona
Football
1 day ago
By PJ Browne
Five Things Learned From Stephen Kenny's Nations League Press Conference
Football
9 hours ago
By Gary Connaughton
Gary Neville Was Not Happy With Jamie Carragher's Comments About Marcus Rashford
35