As Ireland U20s continued their winning ways with a 42-26 defeat of England in their opening game of the World Rugby U20 Championship, there was a distinctly Munster feel to Noel McNamara’s team.

The southern province provided five of the starting XV, with Sean French and Ben Healy both providing some much-needed impact off the bench early in the second half.

For all the column inches spent wondering about Munster’s identity this season, the academy looks in good nick. While Leinster have provided 11 players - including captain Charlie Ryan - to Ireland’s 28-man squad, Munster’s contingent of eight will likely have more impact this summer.

The quartet of Josh Wycherley, John Hodnett, Craig Casey and Jonathan Wren are among the most exciting prospects at the tournament and it won’t be long before they are integrated into the Munster senior team.

For Casey, that process has already started. The 20-year-old made his debut against Connacht earlier this year and could be in for more time next season. His only problem lies in the build up of scrumhalves at the province, with Nick McCarthy joining from Leinster and Alby Mathewson signed until the end of the senior World Cup in November. 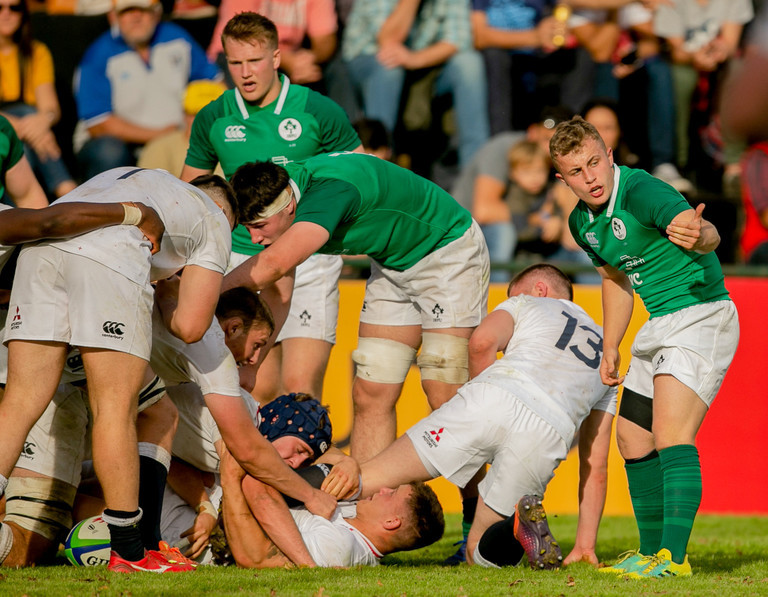 But that won’t deter Casey, who is vice-captain of the Irish squad in Argentina. Given Casey’s pinpoint passing and high-tempo style of play, you can’t help but be excited by the potential that lies in a partnership with Joey Carbery.

He plays much bigger than his 5ft 5in frame would suggest - he’s more Faf de Klerk than Conor Murray - and has that keen eye for shithousing every top scrumhalf needs.

Craig Casey with some tremendous shithousery at the line out there, starting a slow clap to pressure the English hooker who overthrows his man. #WorldRugbyU20s

In the pack, John Hodnett has already shown he can play across the back row, filling in at number eight for Ireland U20s during their Grand Slam success earlier this year and disrupting the play at seven for Munster A and against England on Tuesday.

The west Corkman is the same height as CJ Stander and shows a similar disregard for any notion that he might be too small to be a destructive force on the pitch. Hodnett has no problem smashing into contact but there are subtleties in his game which set him apart from his peers.

The youngster has tremendous footwork and an eye for space with the ball in his hand and he is also a canny operator at the breakdown too, creating turnovers and slowing down the opposition wherever he goes. 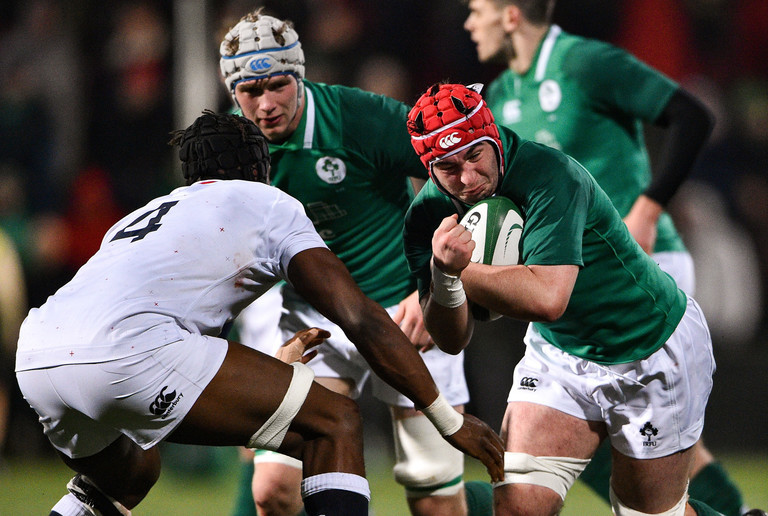 Similarly, Josh Wycherley, whose older brother Fineen has already made the step up to the senior squad, has an appreciation for the finer parts of the game, demonstrating soft hands to go with his powerful carries.

The younger Wycherely is very much of the new breed of props. The loosehead is deceptively quick, with experience as a full forward for St Colum’s in Bantry.

While Munster have always been known for producing big, burly forwards, in Jonathan Wren they have a contender to Jordan Larmour’s crown as the Sidestep King of Irish rugby.

Despite very little service against England on Tuesday evening, Wren still managed to manufacture enough space to show off his skills.

Wren beat the most defenders out of any Irish player last night. His pace and footwork is, to put a technical term on it, really fuckin' nice. pic.twitter.com/kHVlxfou3C

Though he has played mostly as a fullback throughout his career, the Pres Cork alum has flourished on the wing for Ireland U20s, scoring two tries during the Grand Slam earlier this year.

There is no guarantee that any of these youngsters will make it on the biggest stage. Injuries can derail even the most promising career, while luck factors into players’ development far more than we like to admit.

But Munster have a hugely promising crop of talent coming through in this U20 team and fans have every reason to get excited.