The reasons for yet another Munster European Cup semi-final exit is one the pundits will no doubt ponder over the coming days. Where did it go wrong?

The answer is it didn't, really. Munster performed to their limit. A great team beat a good team, it happens. Such is sport.

Niall Ronan knows what it takes to clear that final hurdle. He was part of the Munster squad that did so in 2008. For him, all the signs are there that this group are moving in the right direction.

Speaking exclusively to Balls.ie, Ronan points out the sheer stature of the mountain Munster are trying to scale.

I think there has been an improvement. They have signed the likes of Joey Carbery and Beirne, Keith Earls is playing better. There is a lot of young lads coming through. There is real stability there in the coaching staff. Looking at that game and looking at Munster in recent years, it's very hard to win a Champions Cup. It is not easy.

Just look at Saracens who have the biggest wage bill in terms of salary for players. They can take their pick and sign big players. They've huge experience in Europe. Trying to beat them is not easy. Unfortunately, the last obstacle is very difficult for Munster to get to the final.

Munster players and supporters will ask questions, why can't we win it? Munster are built on their philosophy of great defence and an incredible set-piece. Scrum, line-out, maul. It's up there with the best in the world. Great team spirit. To get to the next level they probably need two things...

That's the conundrum for Johann Van Graan right now. After the game, he was similarly upfront about what went on in Coventry: "We just weren’t good enough on the day. We were beaten by the better team.

“Sometimes you’ve just got to concede that you weren’t as good as the opposition on the day."

Realistic yet resolute. The same is true for the team. Fans will be somewhat reassured by the message conveyed after crossing paths with players in Birmingham Airport late Saturday night: "We'll be back."

For Ronan, there are two things that need to happen now.

"When I was playing we'd Paul O'Connell, Ronan O'Gara, guys like that. Huge leaders, huge experience. This squad probably don't have as many leaders." 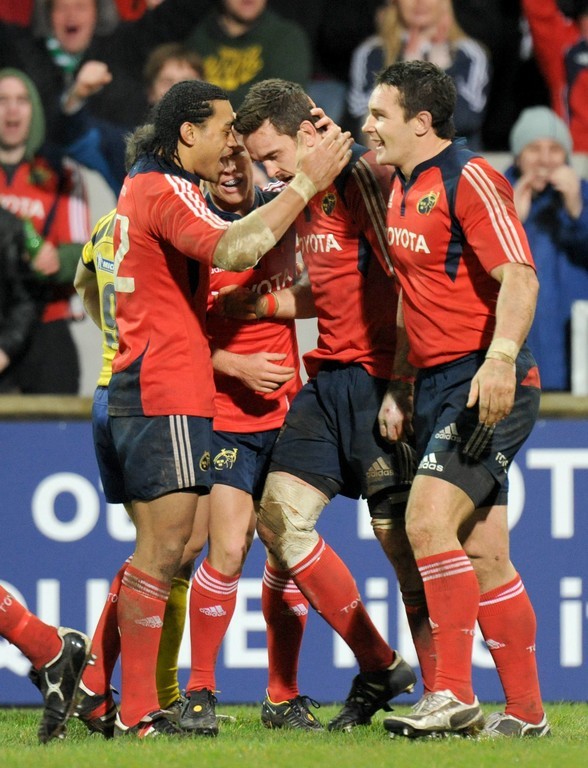 When the storm was raging they kept calm: "It's tactical decisions that make a difference. For example, when we were under the cosh and they were looking for a turnover. Rog would just demand the ball and ping it into the opponent's 22."

Experience is one box that needs to be ticked, the other will force the province to look outwardly. Ronan is quick to remind doubters that the production line has restored itself and the likes of Fineen Wycherley, Gavin Coombes and Calvin Nash carry huge promise.

The last 5% needs to come from outside influence.

"Alongside that, we'd foreign players who brought a huge amount and made a real difference. Doug Howlett, Paul Warick, Lifeimi Mafi, Rua Tipoki. I'm not sure players there, imports, are as influential as those guys."

It's not merely a question of ability but application. Guys who contribute as much off the field as they do on it. That was a key feature of the great Munster teams of old.

Rua Tipoki was a genius. He basically changed our entire attack shape. Mafi was like his mentor and they'd a great relationship. Rog learned so much off Rua. He was a huge communicator. New Zealanders are incredibly positive so their leadership skills are amazing. Their standards drove it on a bit more. It's an X-Factor.

The Pro14 can still deliver an end to the prolonged absence of silverware and is a welcomed chance to finish on a high. After that? It's about continuing on this upward trajectory.

Look, it's all about perception. We all crave European Cups and to be the dominant force. It takes time to build a squad. I know people want it now. I'm a Man Utd fan and I was out watching them play Barcelona last week, that's hard when you see what Liverpool and Man City are doing. It takes time. 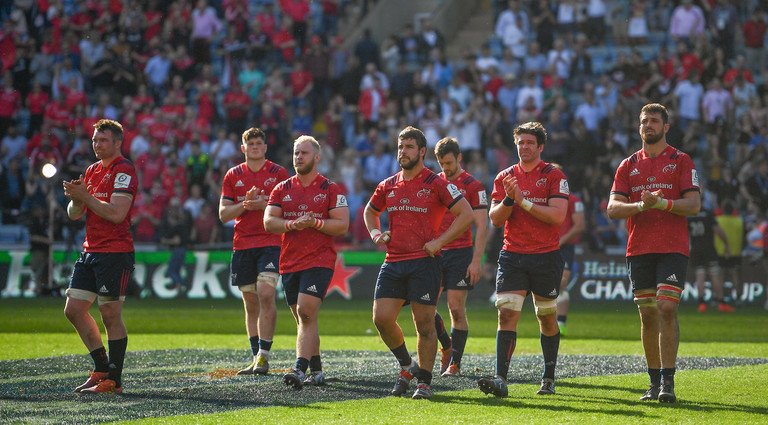 Niall Ronan's summation of the season in Europe:

"I just think they are not too far away. Could we be better in our attacks off nine? In terms of depth, footwork and offload skills. That's something to look at. It's a bit static. Saracens ran really good hard lines with options off nine. They are a great team who got to a semi-final. It's small margins to get to an elite level."

Ronan's Munster Player of the tournament:

Tadgh Beirne has been one of Munster's best all season. He is a game changer. His turnovers are huge and he carries well. A brilliant line-out operator. His turnovers have put Munster in great positions and he works like a dog in defence. As for Saturday, Chris Farrell was excellent.

Rugby
1 day ago
By Balls Team
Bernard Laporte Has Proposed A Radical Change To Club Rugby
Rugby
2 months ago
By Gary Connaughton
Saracens Could Be About To Be Booted Out Of The Champions Cup
Rugby
2 months ago
By Gary Connaughton
Watch: O'Driscoll And Dallaglio Speak Nothing But Sense On Saracens Mess
Popular on Balls
GAA
23 hours ago
By Michael McCarthy
Liam Sheedy Invites 6-Year-Old With Insane Hurling Knowledge To Tipp Training