On a miserable day during a testing season, the squad gathered at CIT to prepare for a meaningful game. Morale was mixed at best.

A Champions Cup spot was on the line. In a bid to enforce pitch preservation, the team were moved over to the hockey pitch, an Astro surface. It was exposed, cutting winds and hard ground. Walters sensed what the moment needed. 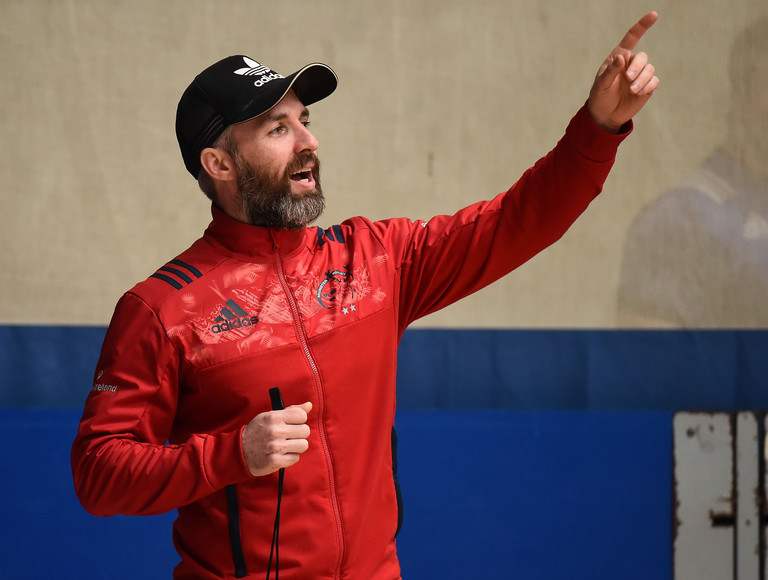 "On those tougher days, he could just pick the squad up," Holland tells Balls.ie.

"I think fellas with Ireland are doing this warm-up where everyone is linked in a kind of huddle doing squats and lunges, I wouldn’t put it past Aled being the one who made that up. The first time I came across it was that miserable day. Things were not going our way. Aled pulled that warm up out of the bag. It just picked us up and brought us together."

After stints with Scarlets, Taranaki and the Brumbies, Welshman Walters joined Munster in 2012 where he worked for six years. He was also involved with Ireland during that period. Today he will run the line for South Africa in the World Cup final. One of four men who met at the province and came together to steer the Springboks to the final two.

Director of rugby Rassie Erasmus, defence coach Jaques Nienaber, Walters as head of strength and conditioning and Felix Jones as a consultant and analyst.

Combined they had made a monumental impact. Erasmus arrived at a tough time for the test side who were struggling to deal with players pursuing money in Europe and low attendances. They are now in their first final since 2007. 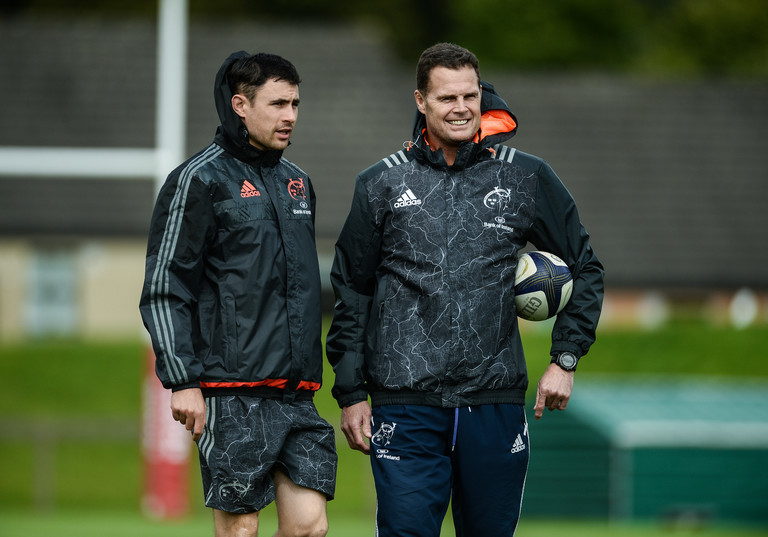 That is in large thanks to a resolute Nienaber-crafted defensive system that has only conceded one try in the knockout stages. As for Jones, assistant Mzwandile Stick was quick to cite his impact when asked about the Irishman at the start of the tournament.

"He has really contributed a lot in a short space of time. You saw in the game played against Japan the opportunities we had and we managed to capitalise on them and it was because of his contribution also that is adding value on our side."

The same is true for Walters.

“Conditioning-wise; Aled has come in and made a big difference with his emphasis on us training above the game level. The guys are definitely a lot fitter and able to go for 80 minutes,” explained centre Jesse Kriel.

Holland worked closely with all four of this ticket during his time in Munster. When it comes to Walters, his relationship with the squad was always positive.

"I've had strength and conditioning coaches, I wouldn’t say they are authoritarian but they are fairly strict on what they want to do within the squad. They want to come across a certain way with respect always there and you don’t cross the line.

"Aled has a good way where he can draw you in without being the boss all the time. He would have good craic but you knew when it was time to work, you were working.

"He has a really good way about him. His way of being able to absolutely destroy a fella with a slag but also get the whole team working five seconds later is the kind of quality man-management you want them to do. I think he was earmarked by Rassie very early on."

This South Africa side do things differently. Prior to the tournament, Walters is said to have helped cut in excess of 50kg of the pack weight. Over the course of the World Cup, their half-time conduct has attracted plenty of attention. The entire squad gathered together in front of a PowerPoint presentation as Erasmus goes over the first half showing. 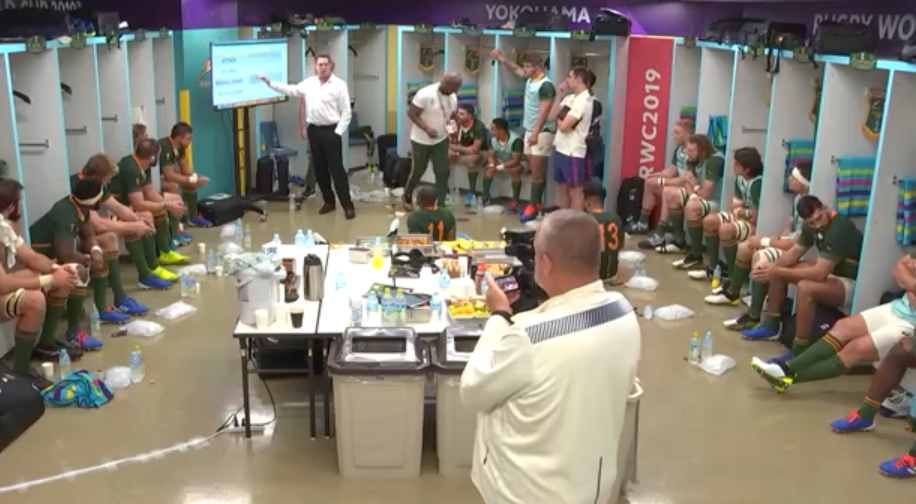 Coaches are amongst that huddle and they have a crucial contribution too. Holland cites Walters vast experience as something that can count in these circumstances.

"Aled has been around long enough and been to different parts of the world. Input is important. Rassie dealt with Jacques as a physio first, then he became defence coach. Rassie is open to guys outside of pure rugby having an input. You never know what way they treat GPS data or something like that." 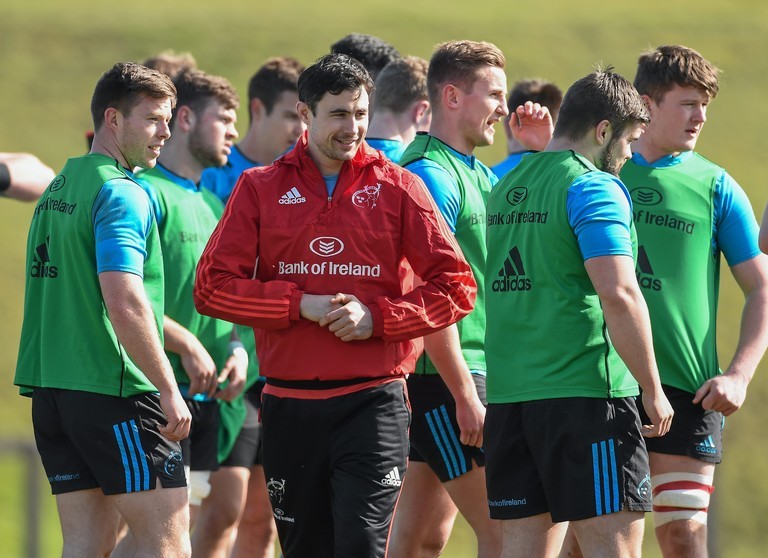 Then there is his former team-mate, Felix Jones. Injury forced him to retire from playing at the age of just 28 and this is something Holland has a better understanding of than most. He himself ultimately walked away at the age of 25 after prolonged hamstring issues.

I always heavily respected Felix and kind of nearly made a mantra when he retired and I got to come back for my injury, 'what would Felix do?' I wanted to honour his work rate I guess. I felt if I gave up in training or didn’t want to be there, I was doing Felix an injustice.

I know what he would have done. He gave everything every time. He was always switched on. Felix is great craic but around the rugby part of the game, it was full attention all the time. That is where I had a lot of respect for the guy. He led the way in terms of work rate.

Yet what is most remarkable is that this certainly was not part of the plan. It came as somewhat of a shock earlier this year when it was announced Jones was leaving Munster at the end of the season.

"I know it didn’t go the way he planned in Munster," says Holland. However, elements of the criticism were misplaced. Like his new position with South Africa, the reality is that Jones's true influence is impossible to discern for anyone outside the inner circle.

"You won’t find out his role really until after this game. I think it was South African based if you want to put it that way with Munster, with Johann in the mix.

"There was criticism of Felix because he was named as attack coach. I know the director of rugby has the overriding say on how the game will be played. Some of Felix's coaching might have been attitude based as opposed to getting the best out of an attacking game." 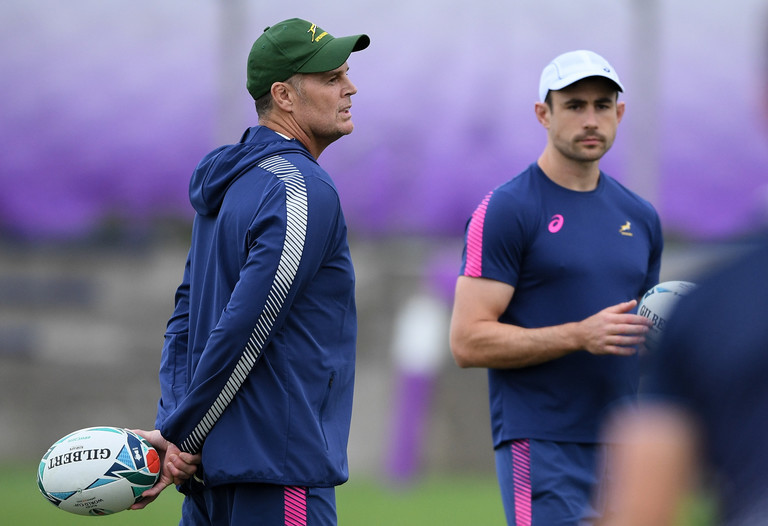 Holland's farewell came as Erasmus arrived. Yet his interactions with him are still appreciated to this day.

"I was retiring at the time, so I had more conversations than normal with him," he explains with a sigh.

"I remember thinking for a guy I didn’t know that long, I really appreciated what he was doing. He was straight up. When he came into Munster first that impression was quickly established. It helped me through retirement while there was a lot going on in my head with medical reports and the likes. I think because he retired through injury as well, he was someone I could bounce things off. That helped."

Four coaches came across each other at an Irish province. The bond they formed there is now being put to the ultimate test on the biggest stage of them all.

"It is really interesting. Honesty, hard work, attitude; non-negotiables to all of them. Rassie has big buy on with that."

Together, they will try to topple the rapidly growing Eddie Jones English empire and complete a journey that started in Munster.