Munster have a trip to Italy this weekend in the URC when they play Zebre in Parma. After thumping Wasps last weekend they have a chance to continue their free-scoring form. Here's how to watch Munster vs Zebre and all the team news heading into this URC clash.

How to watch Munster vs Zebre

Munster face Zebre on Saturday 29th January and kick off is at 5pm.

The match is live on Premier Sports 2 from 4:30pm.

It is also live and on demand on URC TV.

Munster announced their XV to play Zebre on Friday afternoon. It's a very young team full of players involved in the AIL last weekend. Jake Flannery will earn his first Munster cap at outhalf.

📢 TEAM ANNOUNCEMENT | The Munster side to face Zebre in the #URC tomorrow evening has been named.

7 of the 19 Munster players who were in AIL action for their clubs last week are included with Jake Flannery starting at 10 for the 1st time.

Last time out in the URC, a 14-man Munster valiantly came back to beat Ulster at Thomond Park before having back to back in sin Europe against Castres and Wasps. They sit in fifth in the URC, but have a game in hand on Glasgow and Ulster who are fourth and third respectively. A win could see the Red Army move to the playoff places.

Zebre sit at the foot of the URC table, are still to win a match this season and have only picked up one point this season. They sacked their Head Coach, Irishman Michael Bradley in the hope of changing their fortunes. 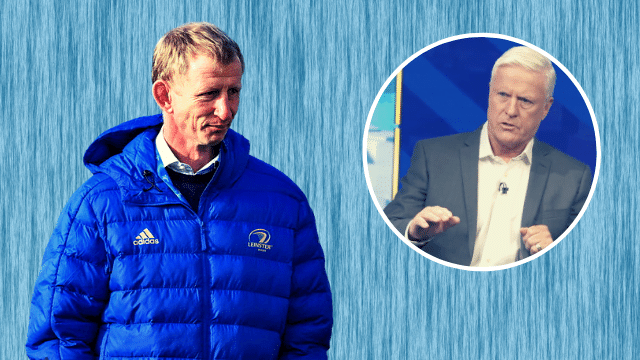 Rugby
1 month ago
By Jonathan Browne
How To Watch Munster Vs Leinster In Interpro URC Clash
Rugby
2 months ago
By Jonathan Browne
Munster Vs Dragons: How To Watch and Match Preview
Rugby
4 months ago
By Jonathan Browne
"You Pick Up Bits And Pieces From Everyone": How Andrew Conway Has Moulded His Game
Popular on Balls
Football
11 hours ago
By Luke Delaney
Obafemi In As Stephen Kenny Names 27-Man Nations League Squad
GAA
1 day ago
By PJ Browne
How A Kerry Guard Ended Up Playing For The Tipperary Footballers
Football
9 hours ago
By PJ Browne
Five Things Learned From Stephen Kenny's Nations League Press Conference
Motorsport
1 day ago
By Eoin Harrington
F1: New Team Radio Clips Show Sergio Perez Frustration With Team Orders In Barcelona