Noel McNamara is someone who is keenly aware of the importance of underage development. In his various roles across Irish rugby, he has vast experience working with the legends of tomorrow. Tadhg Beirne, Josh van der Flier, Jordan Larmour and James Ryan are just some of the names who benefited from his coaching.

The Ireland U-20 head coach announced his 40-man squad yesterday at the Dublin headquarters of team sponsor, PwC, before he begins his second season in charge against England in Cork on 1 February.

His is a double-barreled task. Not for the first time, it is legendary basketball coach John Wooden who McNamara quotes to summarise his aim.

"For me, it’s two-fold. We want to find a sweet spot. We obviously want to be competitive, we want to win as many games as we can. Equally, we are a pathway team, we want to develop players. 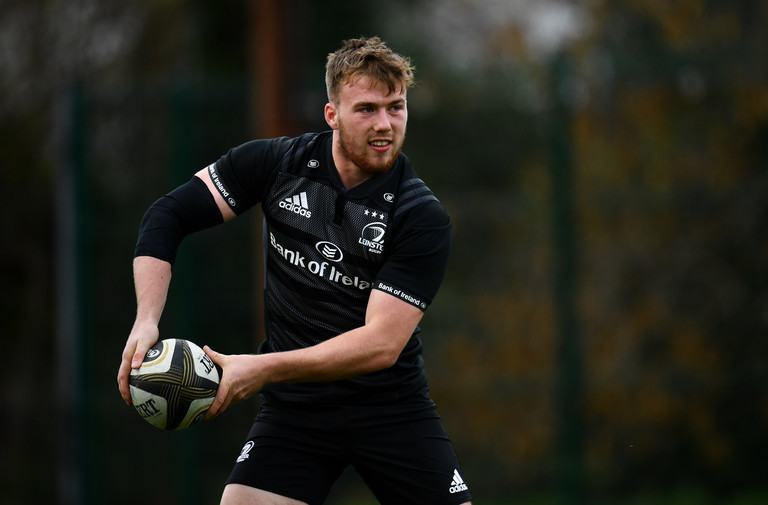 Former Dublin minor hurler and Clontarf centre David Hawkshaw has been named as captain and McNamara was effusive in his praise of the youngster.

The biggest compliment I can pay David is that he obviously comes from a Jesuit background, the philosophy of Jesuit education is ‘Men for Others’. He is a man for others: he puts the needs of the team ahead of his own.

“Even when his own needs aren’t being met (he is a leader). We have asked him to play out of position at times. He is currently playing No 12, he never complains, it’s always what’s best for the team.

Also included in the squad is Leinster's Harry Byrne and Munster's Billy Scannell. The pair follow in the footsteps of their respective brothers, Ross, and Niall and Rory, in playing for the Ireland U20s. However, McNamara is conscious to let those players forge their own path.

"Billy is a good rugby player. He has played Irish U18s and Irish schools as well. With siblings, it's difficult. I think for Billy, Billy will be Billy and that's really important. He's a good rugby player, he's a good guy. I'm really looking forward to seeing what he can produce, as I am with the other guys in this group. I think it's really important for him, and Harry [Byrne] for that matter, to be themselves."

Another interesting prospect is Saracens centre Oliver Morris. The former England U18 is the only squad player not currently based with one of the four provinces.

Morris has impressed McNamara in trial games with two of the provinces so far.

Oli is a guy who got an opportunity in the Leinster game initially with Leinster. Oli has played underage for England but has been in contact with the IQ programme over there. Early in the year expressed an interest in being involved with us, didn't come in initially but came across and played in that provincial game with Leinster. He did quite well in a challenging environment, coming in at short notice.

I spoke to him afterwards and asked him to come back the next week and play for Munster and did so again. I had a good meeting with him there and he's a guy who can add value too.

It's a formidable challenge to kick things off, with England at Irish Independent Park. Yet it is also a challenge the head coach is undeniably anticipating.

"It's a great way for us to start our campaign, to start off in a new home. I think it will be pretty exciting for us."

Rugby
2 months ago
By Balls Staff
Coach's View: What Made The Ireland U20s So Devastating This Year
Rugby
2 months ago
By Jonathan Browne
How To Watch Ireland U20s Vs Scotland In Grand Slam Decider
Rugby
2 months ago
By Jonathan Browne
Ireland U20s Vs England: How To Watch and Match Preview
Popular on Balls
Football
19 hours ago
By Luke Delaney
Obafemi In As Stephen Kenny Names 27-Man Nations League Squad
GAA
2 days ago
By PJ Browne
How A Kerry Guard Ended Up Playing For The Tipperary Footballers
Football
17 hours ago
By PJ Browne
Five Things Learned From Stephen Kenny's Nations League Press Conference
Motorsport
1 day ago
By Eoin Harrington
F1: New Team Radio Clips Show Sergio Perez Frustration With Team Orders In Barcelona