Nevertheless, that's the situation we found ourselves in as we were unable to watch Connacht's clash with Newport Gwent Dragons which saw them go top of the Pro 12 with a win in Wales.

The final score was 21-26 in favour of Connacht, and it sounded like a thrilling game with Matt Healy, Tiernan O'Halloran, Eoghan Masterson, and Bundee Aki scoring the tries to put their province in an excellent position with eight games to go.

While it wasn't on TV, and we couldn't get a reporter over to Wales, our good friends at SportsFile were on top of it so at least we've got some photos to bring you in an attempt to piece togeather what happened.

Aly Muldowney definitely won a line-out at some point.. 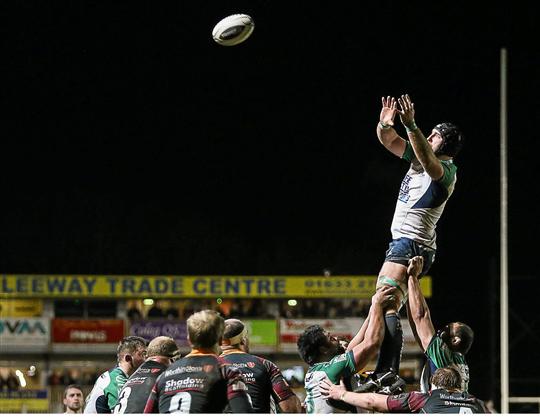 We can't confirm when, but it happened, and we'll say it was early to fit our narrative. 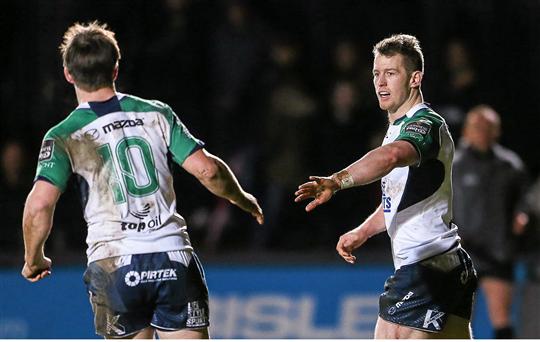 14 minutes in and the score was 3-7 thanks to a try from Matt Healy, who then celebrated with AJ MacGinty which we only know thanks to the visual confirmation above.

The Dragons managed a try of their own just a minute later, which had the scores at 8-7. 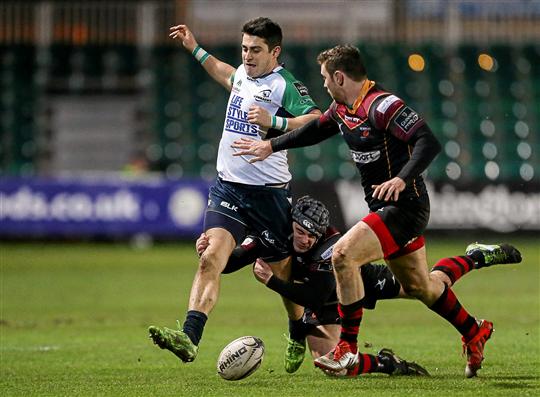 We can neither confirm nor deny that his impromptu game of soccer did or did not result in said try.

Another Dragons try came right on the tail of this score again, leaving the score at 15-14 going into half time.

There were a lot of big hits.. 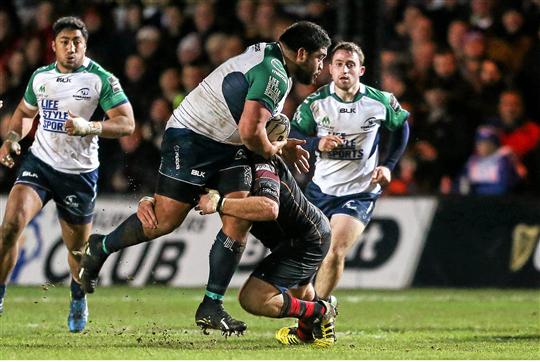 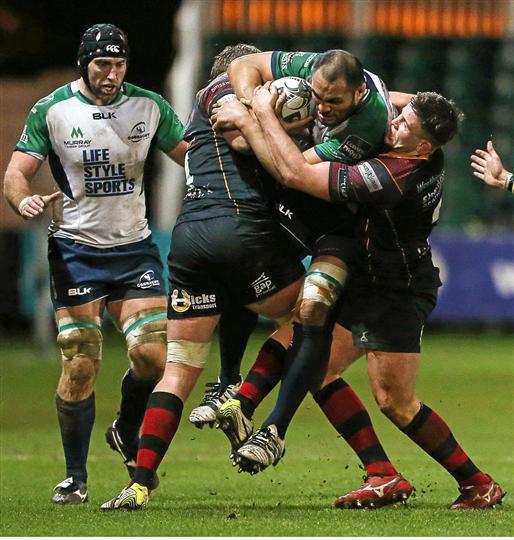 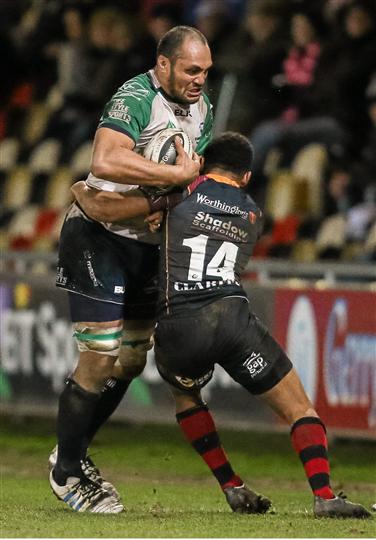 And a lot of them came from George Naopu, which is understandable, because he's massive.

But there were some Junior Cup style leg-grabs too 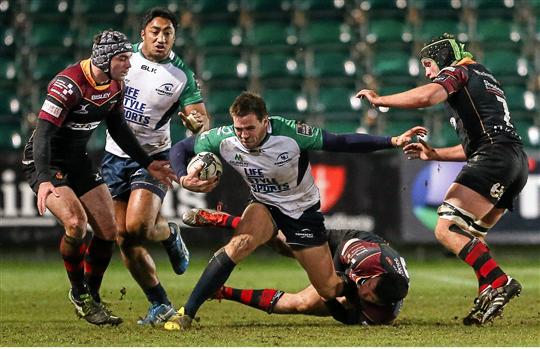 Craig Ronaldson denied a break on this occasion.

Connacht's defence stepped up in the second half, only allowing 6 points.

A Bundee Aki break sealed it 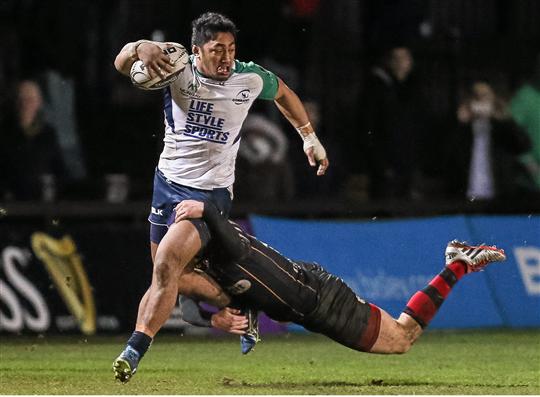 All in all, a great success! 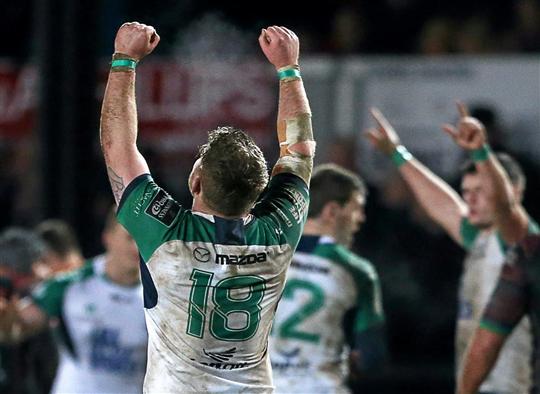 Finlay Bealham summing up the feelings after a big win.

Nobody saw it, but that won't bother the Connacht fans one big as their team will return home with the points in the bag and a four point lead over Ulster at the top of the table.

SEE ALSO: How A Victory Over Munster In 2008 Started The Connacht Rugby Revival

SEE ALSO: How Connacht Are Using 'Brain Training' To Make Gains On The Pitch