Leinster lost out in a game that justified this tournament's label as the pinnacle of European rugby. A 28-27 victory for Toulouse that ended Leo Cullen's remarkable run of victories in Europe. Thrilling and fierce in equal measure, this game had it all.

This was a determined and motivated Toulouse side, hungry for European glory after last year's absence. Leo Cullen's men were stunned at the outset as Ugo Mola's men raced into a 11-0 lead. From there it continued to rise until ultimately a stunning field-length try swung it in favour of La Rouge. By no means did Leinster underperform, they were simply bested by a marginally better side on the day.

Lively as ever. Pinballed his way within a metre of the line just prior to Sean Cronin's try. The second most defenders beaten and offloads after James Lowe. 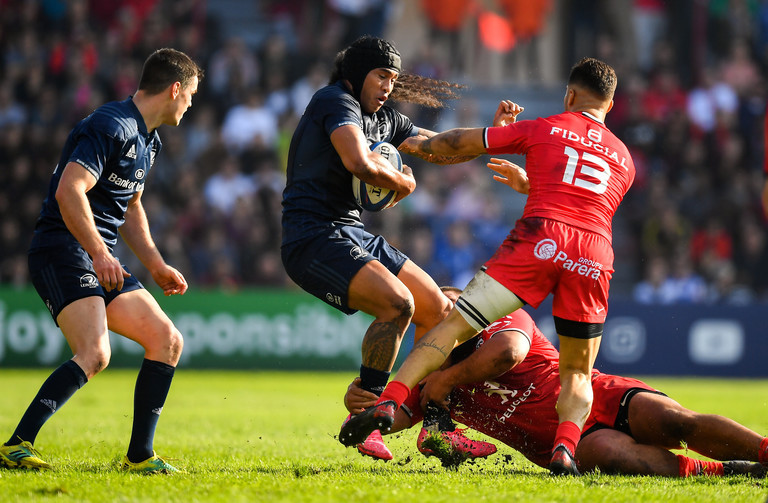 No matter how good a defensive system is, it cannot compensate for individual errors. A really poor tackle attempt for Medard's try. A poor offload as he tried to force a pass in promising field position. Bounced back in the second half to catch Sexton's kick-off. Remarkably, missed more tackles than he made.

A really phenomenal yet under-the-radar contribution in defence but pretty ineffective with ball in hand. Off six carries, a lowly 12 metres made.

Lovely kick out of hand to pin Toulouse right back. Monster presence in defence and a great cover tackle on Kolbe when Leinster needed it.

Conceded an early penalty for taking Kolbe in the air. His kick-chase is an unbelievable asset and that is the risk you take by utilising as regularly as they do. Showed the benefit when he gathered a re-start on the half-hour mark. The most line-breaks and offloads of anyone. 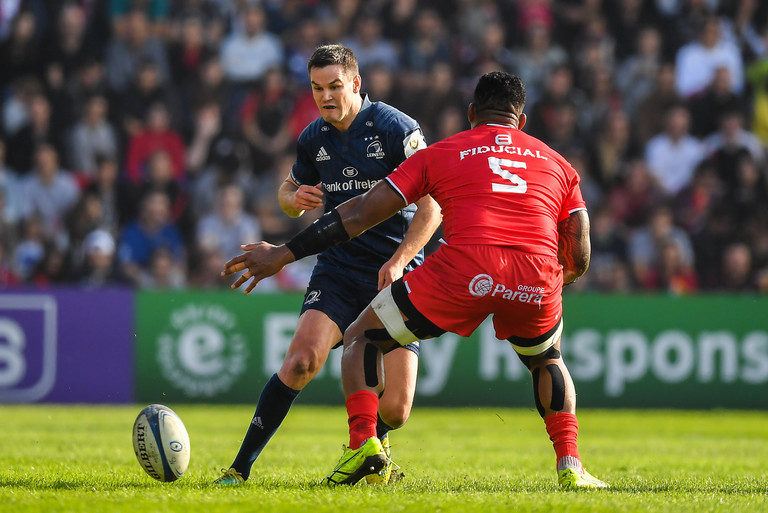 Sent an early warning to Toulouse by nailing two long-range penalties. Sexton bickered with Barnes throughout as he challenged a variety of incidents including a Ringrose forward pass and the grounding of Toulouse's second try. Sean Cronin ran a terrific line for his try but Sexton's pass shouldn't be underappreciated, ball on a plate. Rare error at the end with a misplaced kick.

Leinster looked to maximise their line speed and McGrath stood into the line as a first up defender but was bypassed by Kolbe on more than one occasion. He was targeted from there on out and missed three tackles.

Has a valuable determination to maximise every carry and demonstrated that when his team needed. Midway through the first half he carried, was tackled but not held, jumped up and kept going. Lead to a penalty and Leinster's first score. Six tackles, none missed. 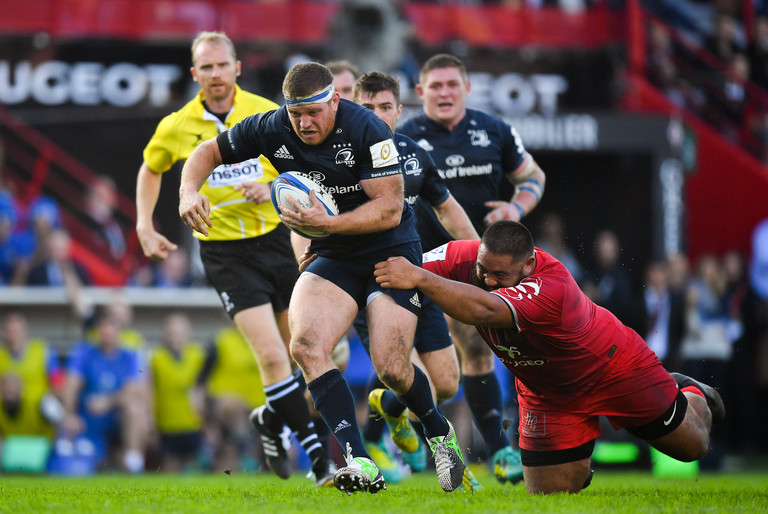 Nine runs for a superb 35 metres gain. Ran a terrific line for his try. Replaced after 55 minutes.

It is telling that the pod of Ryan-Healy-Furlong oftens sees Furlong take the ball up and the other two clear-out. His handling ability and power are a real asset for Leinster and Ireland. However, very quiet in defence with only three tackles, although he is a victim of his own high standards to expect more.

Monster work in the counter-maul and carried well. A huge contribution to that late turnover as Leinster looked to claw their way back into the game.

One of the toughest battles on the field was at the lineout as Florian Verhaeghe threw down the gauntlet and robbed the first throw. Coped really well and was typically effective in the loose with a strong carry for his try. 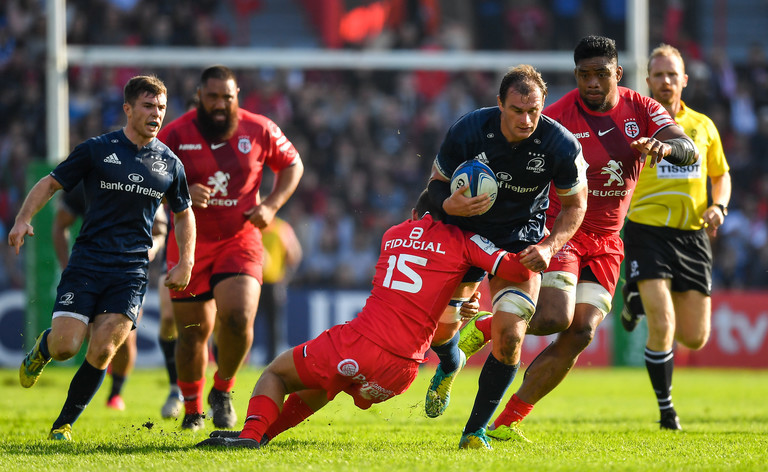 Leinster were competitive in every area of the field bar their own breakdown. Over and over again, the ball was poached or lost as runners were isolated and Tolofua ran riot. Van Der Flier's injury may have contributed to this. Otherwise, Ruddock was great going forward. Spoke with great honesty about his own mistakes post-match.

Carried well early in the game but was taken off for a HIA and replaced after 17 minutes by Sean O'Brien.

Fantastic footwork and vision to cut through Toulouse's rush defence and set Sean O'Brien free for Leinster's first try. Here is a frankly absurd stat for a number eight; two players beat over four defenders today, one was James Lowe, the other was Conan. A monster counter-ruck ten minutes.

Sean O'Brien was immense in attack when he came on but overcommitted to a tackle in the midfield which led to Guitone's try. Andrew Porter replaced Furlong after 55 minutes. James Treacy hit every line-out when called upon. Nick McCarthy came on and seemed to misread a Devin Toner off-the-top pass which was costly. Scott Fardy and Jack McGrath also came on.

Leinster were a marked team coming into today's game. They spent a week hearing nonstop about their brilliance and while there was no evident signs of complacency, a loss can prove beneficial in the long term as it refocuses the mind. It was a trialling day for Leinster that Leo Cullen and Stuart Lancaster will utilise for motivation, and a great day for European rugby.