Racing Go The Extra Mile To Prepare For Munster Atmosphere

Munster welcome Racing to town for the second round of Champions Cup clashes and the French side are leaving no stone unturned as they prepare for the Thomond Park atmosphere.

With Simon Zebo and Donnacha Ryan amongst the playing squad and Mike Prendergast on the coaching ticket, the French side have plenty of insight into the impact the home crowd has in Limerick. During the week, Conor Murray did suggest their return would create some "chat and atmosphere" for the match. 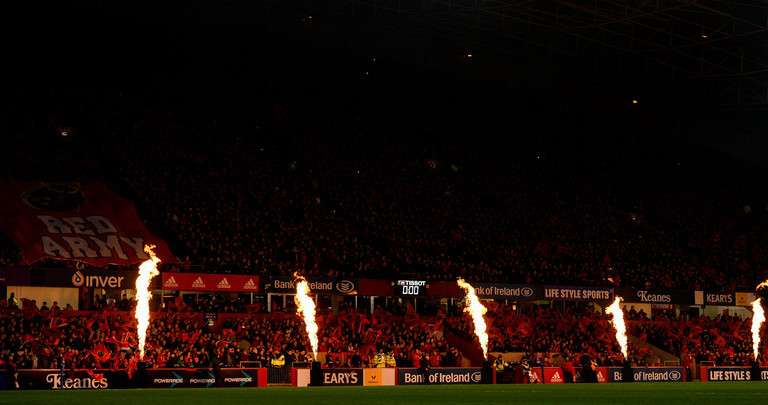 In order to prepare for that, they have used speakers in training to blare out Munster noise.

It is no surprise Racing are practising their line-out in the clip. The Top 14 outfit have an outstanding set-piece, having stolen seven Saracens' feeds last week.

Playing recorded noise is not an unusual practice in test rugby. Various coaches and kickers have utilised the technique in a bid to become familiar with loud terraces.

Johann van Graan's outfit will hope to give their crowd something to cheer about when they take on Racing later today. Kick-off is at 5.30 pm.